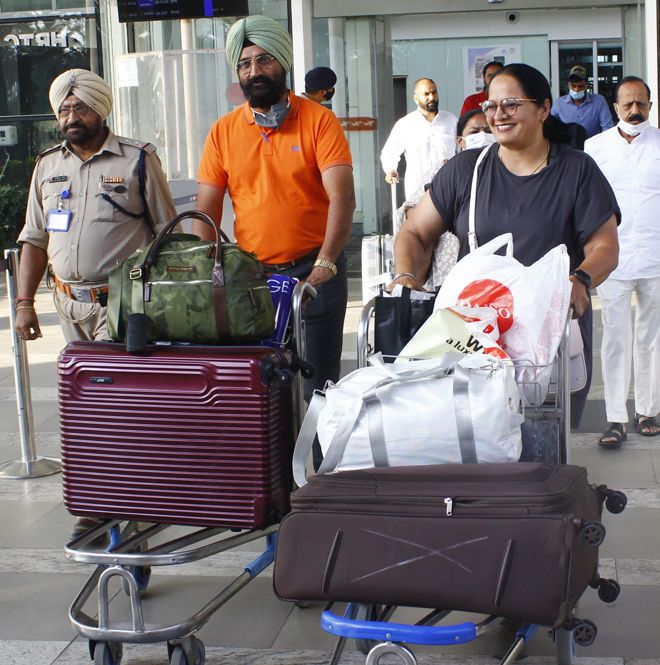 PTI New Delhi, September 5 Arshdeep Singh can do with a warm hug from Chetan Sharma. Not from the current chairman of the national selection committee but his younger self as the wiry, whippy young Chetan Sharma, who instead of becoming the toast had become the roast of the nation in 1986, just what happened to Arshdeep on Sunday night. Coincidentally, the defeat to Pakistan in 1986 also occurred in the UAE – at the Sharjah Cricket Stadium, though, not the newly-constructed gigantic concrete structure that Dubai International Stadium is. Sharma intended to bowl a yorker to Javed Miandad, who was the ‘King of Sharjah’ back then, and instead sent down a full-toss – the last ball of the 50th and final over in the Australasia Cup final. Pakistan needed four runs for victory, and Miandad hit the full-toss for a six. It was a bad final ball by Sharma, who was simply unlucky to miss the length. It’s a part of game. Spectators have always high expectations and sometimes it’s not easy to live upto them. Arshdeep is a strong lad and he is taking this criticism in a very positive way. Last night, we were together and I’m sure he will bounce back strongly in rest of the matches. He will surely learn from it. —Darshan Singh, Arshdeep’s father Cut to 2022: Asif Ali’s skies the ball and Arshdeep, who would otherwise catch it “11 out of 10 times”, drops a sitter, much to the dismay of his teammates. India lost the match with one ball to spare. The two matches were held 36 years apart, but the boorish mindset of the so-called fans hasn’t changed – it has only got worse, if anything. A simple human error scarred Sharma for life. Arshdeep has received much abuse for the dropped catch, and one can only hope that the 23-year-old would be able to put this episode behind him. Termed ‘Khalistani’ On Sunday night, what followed after Arshdeep’s missed catch was simply horrible. Social media was abounding with trolls, with ‘fans’ calling Arshdeep names. In fact, such was the vitriol that his Wikipedia page was hacked and edited, with someone adding the term ‘Khalistani’ to his name. The hacker changed Arshdeep’s named to Major Arshdeep Singh Langra and then Major Arshdeep Singh Bajwa. While corrective measures were taken and the page was restored to its original form, the matter hasn’t gone unnoticed: there are reports that the Ministry of Electronics and Information Technology has summoned Wikipedia executives to seek an explanation on the matter. Pakistan’s Rizwan to undergo MRI scan after suffering leg strain Dubai: Pakistan wicketkeeper-batter Mohammad Rizwan is set to undergo a precautionary MRI scan after sustaining a strain in his right leg during the five-wicket win over arch-rivals India in the Super 4s match of the Asia Cup here. Rizwan sustained the strain while landing awkwardly on his right leg in his effort to collect a Mohammad Hasnain delivery during India’s innings. As per reports, the 30-year-old hard-hitting batter was shifted to a hospital soon after Pakistan’s last-over win. Pakistan have been plagued by fitness issues with pacers Shaheen Shah Afridi, Mohammad Wasim and Shahnawaz Dahani ruled out of the tournament. PTI.
Source:
tribuneindia
URL:
https://www.tribuneindia.com/news/sports/1986-again-arshdeep-target-of-trolls-after-dropped-catch-429063
Prev Post
Next Post