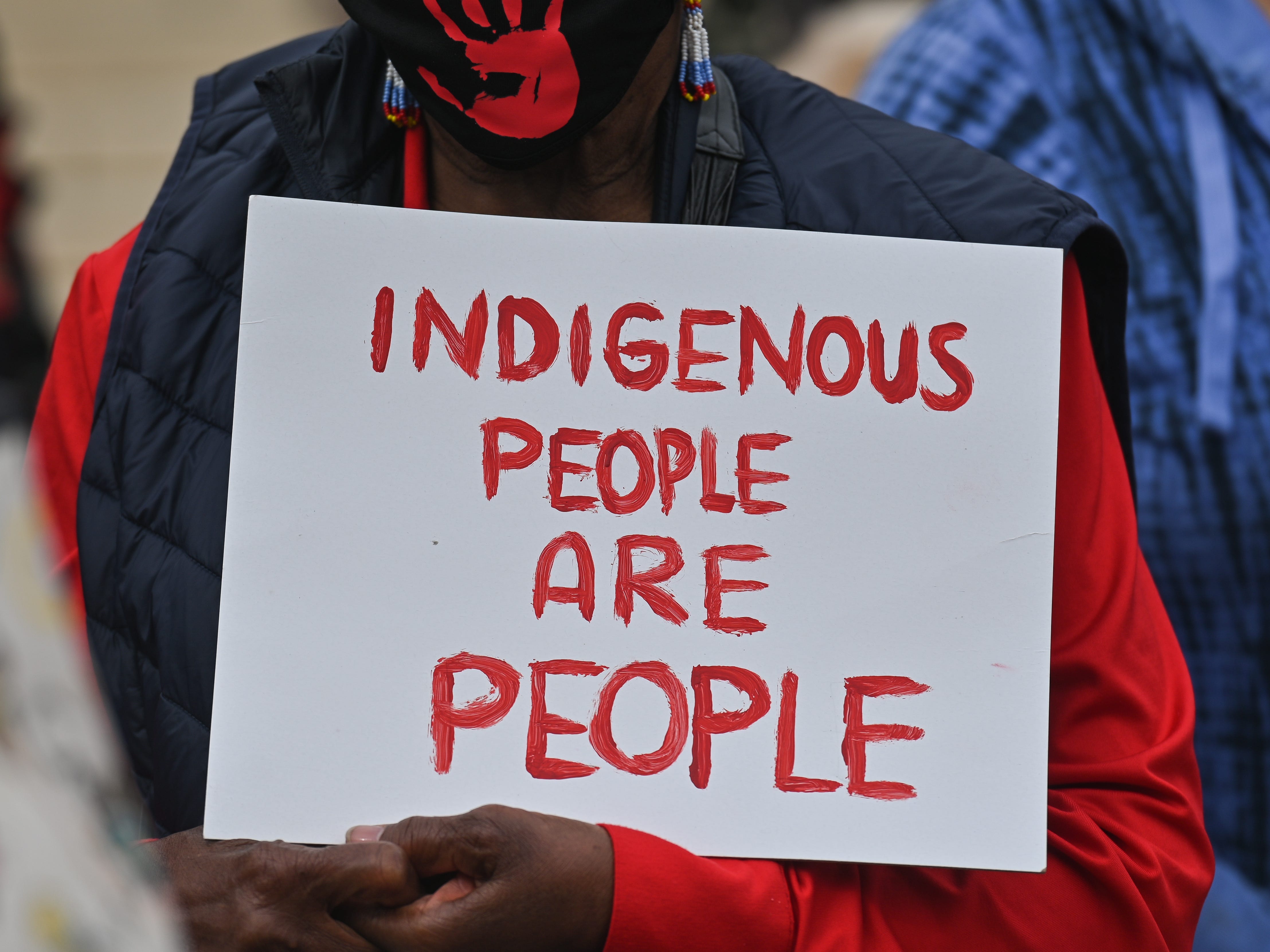 When a University of North Dakota English professor went on a search for Indigenous artifacts, she wound up discovering their remains stashed away in the "most inhumane way possible. " The discovery of approximately 250 boxes occurred in March but only publicized the find this week per the request of Indigenous representatives, CNN reported . "The best way I can describe how we have found things is in the most inhumane way possible," Laine Lyons, who works for the UND Alumni Association and Foundation, told NBC News . "Just completely disregarded that these were once people. " Lyons, a member of the Turtle Mountain Band of Chippewa Indians, told NBC News that more than 70 human remains were found. Headdresses, war bonnets, and a ceremonial pipe were also uncovered, according to the outlet. According to UND, Native artifacts were first brought to the university by the school's first faculty member — Henry Montgomery, the author of " Remains of Prehistoric Man in the Dakotas " — who acquired remains and artifacts through excavations. "The remains of additional ancestors were brought to UND by subsequent anthropological and archaeological digs in the 1960s, '70s and '80s. One item was donated to the University in 2007," according to the university's repatriation website . It's unclear if the items were among those recently uncovered. The university is now working to send the belongings to their correct location with the help of several tribal representatives, it said in a press release . "Coming on the heels of other recent revelations about historic wrongs inflicted on Indigenous people in the United States and Canada, members of our tribal communities in the region will undoubtedly be deeply affected by this news from UND," the university's president Andrew Armacost said in the statement. The discovery also violates federal law — the Native American Graves Protection and Repatriation Act — that established the requirement for Native American remains and artifacts to be repatriated to their rightful tribe in 1990. "It is always extremely traumatic and hurtful when our ancestors' remains have been disturbed and misplaced," Mark Fox, chairman of the Mandan, Hidatsa, and Arikara Nation, told NBC News. "We will be monitoring this matter closely to ensure that our ancestor's remains are repatriated as quickly and as respectfully as possible under the circumstances. " UND is not the first school to have discovered the human remains of Native Americans on its campus. Harvard recently acknowledged that it was illegally holding on to the remains of roughly 7,000 Indigenous people, and the University of Tennessee began the reunification process of over 2,000 remains in 2020. "We are heartbroken by the deeply insensitive treatment of these indigenous ancestral remains and artifacts and extend our deepest apologies to the sovereign tribal nations in North Dakota and beyond," North Dakota Gov. Doug Burgum said in a Wednesday statement . He added: "This dark chapter, while extremely hurtful, also presents an opportunity to enhance our understanding and respect for indigenous cultures and to become a model for the nation by conducting this process with the utmost deference to the wishes, customs, and traditions of tribal nations. " The University of North Dakota declined to provide further comment. .
Source:
insider
URL:
https://www.insider.com/250-boxes-indigenous-remains-artifacts-discovered-university-north-dakota-2022-9
Prev Post
Next Post