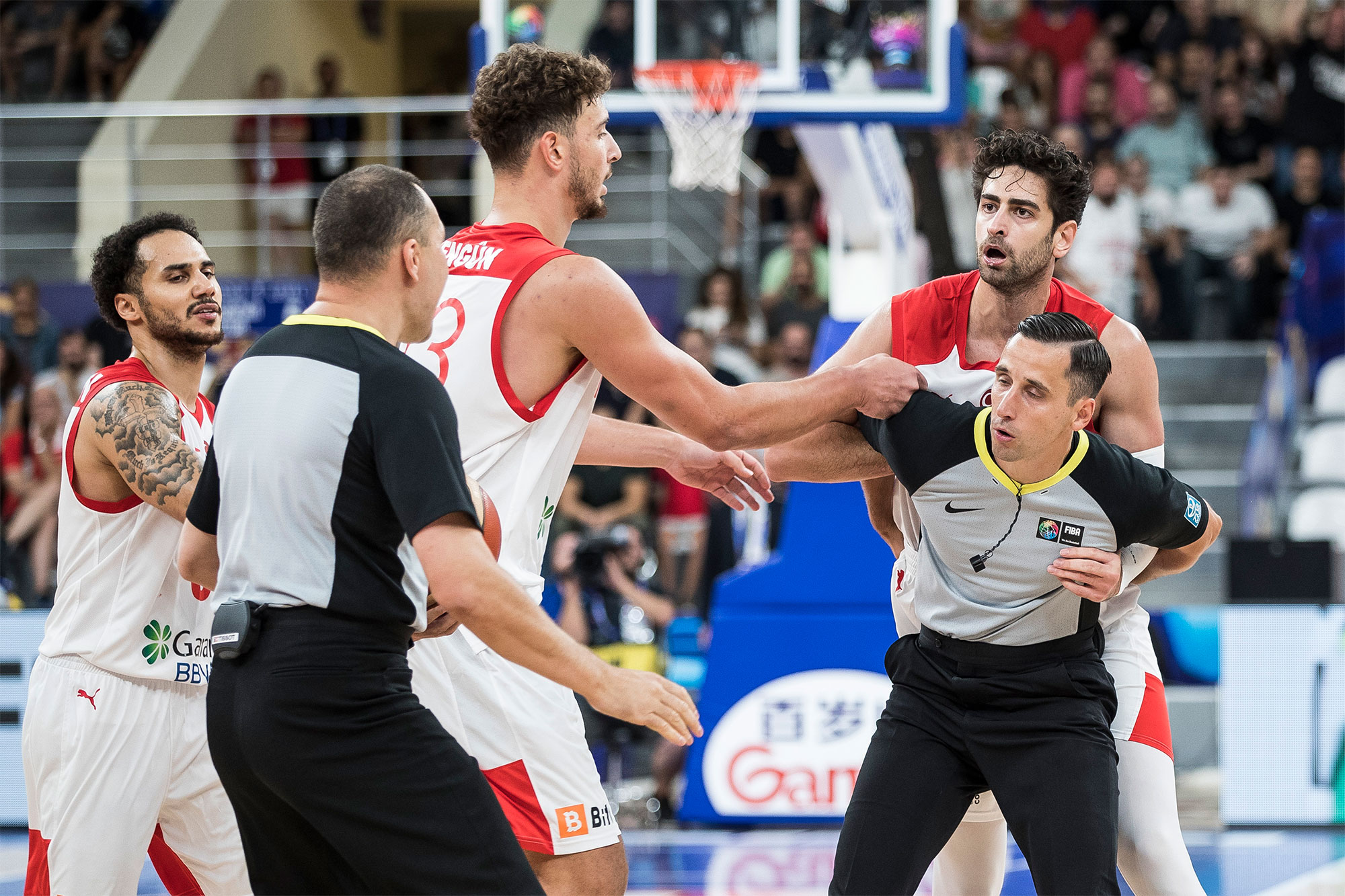 A brouhaha during a EuroBasket 2022 game between Turkey and Georgia allegedly turned violent off the court in an incident involving 76ers forward Furkan Korkmaz. Korkmaz, 25, was allegedly attacked by members of the Georgia basketball team while walking to the locker room after being ejected from the game on Sunday, according to a statement released by Turkish federation vice president Omer Onan. He claims Korkmaz was attacked by Georgia players not on the active roster in addition to Duda Sanadze, who was also ejected during their on-court scuffle in the fourth quarter, and the police. Onan also threatened that his team will boycott the rest of the tournament if the situation is not handled to its liking. “There should not be an attack on the player that goes to the locker room,” Oman said, per Eurohoops. net “At the end of the match, 30 policemen each pushed us into a fight. We got into a fight with Georgia’s official police. I am calling out to FIBA and I have also told FIBA’s officials. “Let no one deceive themselves or think that we are stupid. They will bring us all the camera footage from that corridor minute by minute without anything missing. If those cameras do not come to us, we will leave this tournament. ” Furkan Korkmaz getting into it with Georgia's Duda Sanadze Fans started throwing cups onto the court ???? pic. twitter. com/GSsKveHxQX The incident stemmed from Korkmaz getting into it with Sandze after a hard foul. The two angrily butted heads before being separated by officials and were immediately ejected. Turkey coach Ergin Ataman was also kicked out of the game. Korkmaz said in a statement per Basketnews. com that on his way back to the locker room with the team’s trainer, they saw three Georgian players alongside two security member running at them when a fight broke out. “We started throwing punches at each other. That’s basically what happened,” Korkmaz said. “It was like a street fight. There was no talk or conversation. People just came at us and were trying to attack us. Of course, we reacted and tried defending ourselves. ” After the contest, assistant coach Hakan Demir also addressed the incident near the locker room, saying a “big scandal” took place off the court. His team has two scheduled games left in Georgia. “We came here to play basketball, not box,” Demir said. Therefore, we are very disturbed by the security weakness experienced today. We will follow up on this issue as well. ” What makes the situation even more bizarre is the game itself was under official protest by Turkey. It claims 22 seconds ran off the clock while Korkmaz and Sandze roughed it out and Georgia’s Sandro Mamukelashvili, who played his collegiate ball at Seton Hall, ending up scoring with two second left to force overtime. Georgia needed a second overtime to finally win 88-83. Turkey’s protest was dismissed by FIBA. Korkmaz was a first-round pick of the 76ers in 2016 and averaged 7. 6 points and 2. 6 rebounds for them last season. .
Source:
nypost
URL:
https://nypost.com/2022/09/05/furkan-korkmaz-allegedly-attacked-by-georgia-players-after-eurobasket-game/
Prev Post
Next Post