A nurse who checks moles for cancer says to follow the 'ugly duckling' rule to spot dangerous ones. Here's how. 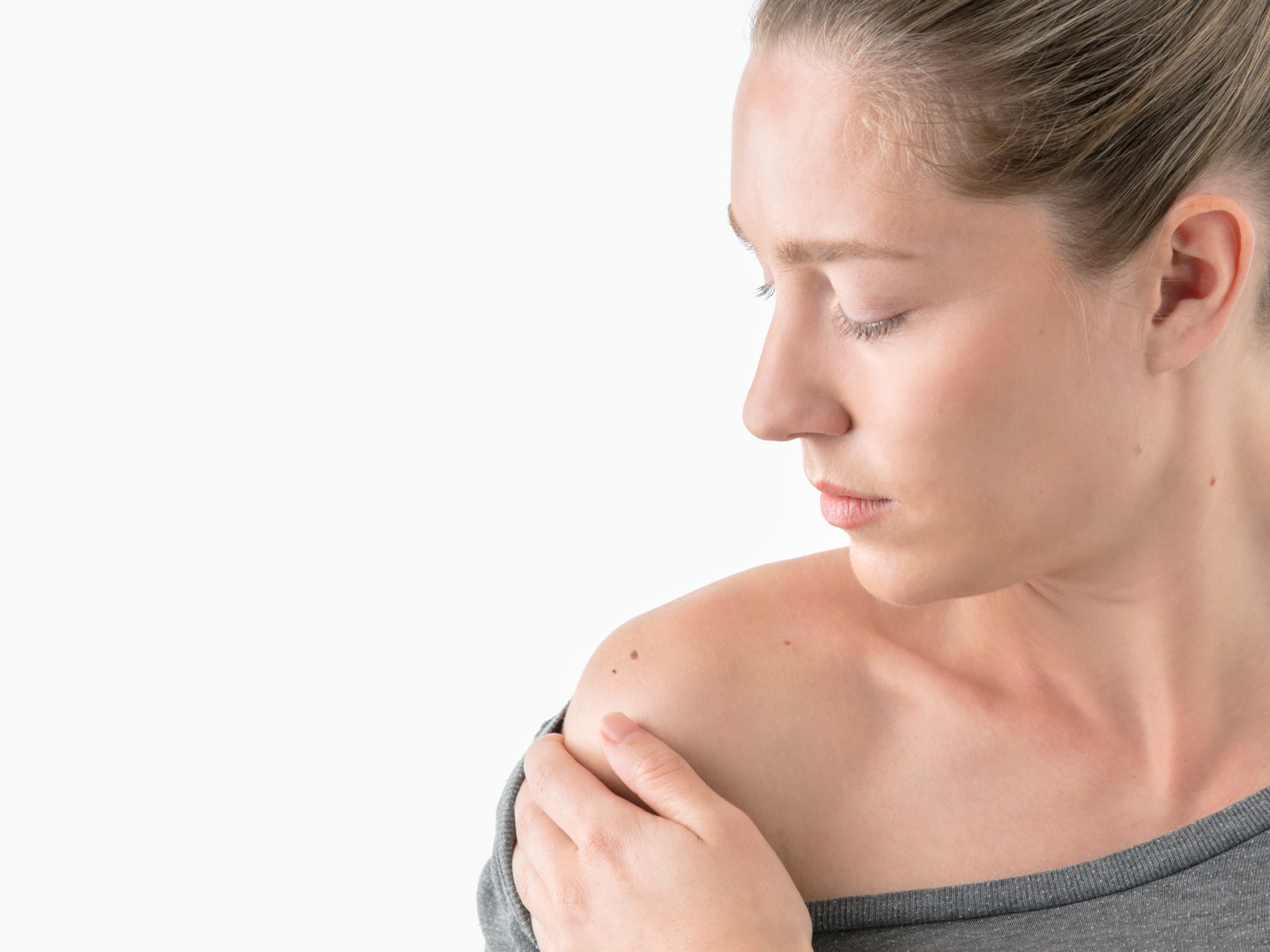 People should check their skin for unusual or new moles every three months, Laura Harker said. Melanoma is not pictured. Science photo library/Getty Images A nurse who checks moles for skin cancer recommends people follow the 'ugly duckling' rule. A mole that stands out, or the 'ugly duckling,' should be checked out by a doctor, Laura Harker told The Sun. Harker recommends people examine their skin for unusual or new spots every three months. A nurse who checks moles for cancer recommends people follow the "ugly duckling" rule to catch the most serious type of skin cancer early.  Melanoma, a cancer that starts in the cells that gives the skin a tan color, is the least common type of skin cancer, but it is the most dangerous because it can grow quickly and spread to other body parts if not diagnosed and treated early. Around 99,780 people in the US will be diagnosed with melanoma this year, and 7,650 of those people are expected to die, according to the American Cancer Society (ACS). Laura Harker, the lead screening nurse at the MOLE Clinic in the UK, told The Sun on Tuesday that people should check their skin for unusual or new spots every three months so any potential cancers can be caught and treated early. Treatment for melanoma, which can include surgery, depends on the location of the cancer, and how far it has spread. People with blond hair, blue or green eyes, fair skin that freckles or burns easily, or those with family members who have had skin cancer, are at increased risk of melanoma, but anyone can get it. Exposure to UV rays, an invisible form of radiation from the sun and artificial sources like tanning beds, can damage skin cells and increase the risk of skin cancer for everyone. Follow the 'ugly duckling' ruleMoles are generally harmless, but a new, unusual spot on the skin, or changes in a mole – such as in its size, shape, color, or texture – may be a warning sign that a melanoma is developing. Harker said that a mole that looks different from all of the other spots on your skin, or the "ugly duckling," is what to look for when examining the skin for cancer.  "Some people have multiple large moles, but that might be normal for them. But anything that stands out as different to that, should be checked," she told The Sun. Harker said that people can expect new moles to appear on their skin until around the age of 35 to 40. "It's the moles that appear later on in life that require you to be more vigilant," she said. Check every part of your body, including the hairlineThe palms of the hands, soles of the feet, and under the nails are other less obvious places that melanomas can develop, according to the ACS. Harker said that melanoma will always grow from the base of the nail upwards, and it won't grow out overtime, unlike a bruise. Harker recommended that people check their hairline and parting because, although rare, people can get cancers on their scalp. Harker said that the legs tended to be high risk areas for women, while the back tends to be a high risk area for men. Take photos of body parts that are hard to see, like the back, to help with comparisons over time, she said. Read the original article on Insider.
Source:
insider
URL:
https://www.insider.com/nurse-checks-moles-skin-cancer-ugly-duckling-rule-sign-melanoma-2022-9
Prev Post
Next Post