A template for sharing transboundary rivers 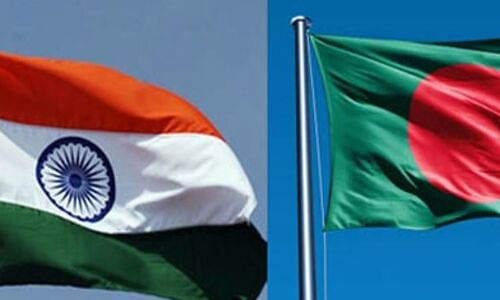 The signing of the Memorandum of Understanding on the withdrawal of water from the Kushiyara river by India and Bangladesh marks a new milestone in trans-boundary water cooperation between the two neighbouring countries. The MoU signed in the presence of Prime Minister Narendra Modi and Bangladesh Prime Minister Sheikh Hasina in New Delhi came 12 days after the finalization of the text at the 38th Meeting of the Joint Rivers Commission (JRC) of India and Bangladesh held in New Delhi last month. The ministerial-level meeting of the JRC taking place after a gap of 12 years speaks volumes about the complexities of hydro diplomacy. The two countries established the JRC in 1972, after the liberation of Bangladesh, as a bilateral mechanism to address issues of mutual interest on common or transboundary rivers. Prime Minister Modi said that the MoU on the Kushiyara river would benefit southern Assam in India and Sylhet in Bangladesh. Though India and Bangladesh share 54 rivers, the Ganga Waters Treaty signed in 1996 for sharing of Ganga water at Farakkaduring lean season is the only treaty so far signed by the two neighbours. The doctrine of riparian rights, which bestows riparian nations the right to use water of a transboundary river, provides the conceptual framework of hydro diplomacy. The dialogue on water sharing is often constrained by a lack of adequate hydrological data and water availability that depends on multiple factors, including climate change impact making it difficult for riparian nations to reach an agreement. The two sides are still stuck on the issue of sharing Teesta water, despite significant advancements in cooperation on several other rivers that reflect such constraints. Often domestic politics over sharing of water of transboundary rivers pose a stumbling block before national governments to advance the dialogue to a conclusion in the form of signing agreements or treaties. In 2011, a draft agreement on sharing of Teesta water prepared by both sides had to be dropped at the last moment during the visit of then Indian Prime Minister Manmohan Singh to Dhaka following objections by West Bengal Chief Minister Mamata Banerjee. Media reports of China evincing interest in picking a component of a project aimed at the management of Bangladesh's part of the Teesta River cannot be ignored by India, but Bangladesh's PM expressed hope that Teesta water-sharing issue treaty would be concluded at an early date indicates how important the deal is for Bangladesh. According to UN-Water, transboundary waters account for 60% of the world's freshwater flows and 153 countries have territory within at least one of the 286 transboundary river and lake basins and 592 transboundary aquifer systems. The global agency, which coordinates the United Nations' work on water and sanitation, explains that "Transboundary water cooperation plays a crucial role in supporting wider regional integration, peace and sustainable development, as well as in tackling regional security challenges or in supporting climate change adaptation. " It highlights that an average of 58 per cent of countries' transboundary basin areas have an operational arrangement for water cooperation and only 24 countries reported that all their trans-boundary basins are covered by cooperation arrangements. Viewed through this lens of a global perspective, the signing of the MoU on the Kushiyara signifies deepening bilateral engagement between India and Bangladesh. The two prime ministers have met 12 times since 2015 which has strengthened bilateral cooperation between the neighbouring countries in areas of connectivity, energy, water resources, trade and investment, border management and security. Of the 54 shared rivers, seven rivers have been identified earlier for developing a framework of water sharing agreements on a priority and the JRC agreed to widen this area of the ongoing cooperation by including eight more rivers for data exchange. Under the bilateral cooperation, India shares real-time flood data on major rivers like Ganga, Teesta, Brahmaputra and Barak during the monsoon season with Bangladesh and has recently extended the period of flood data sharing beyond 15 October to help the neighbouring take timely measures to address flood problems created by the trans-boundary rivers. While it took 24 years from the establishment of the JRC to the signing of the Ganga Water Treaty, the confidence to expand the area of cooperation on shared rivers over the past seven years has stemmed from deepening bilateral relations driven by India's Neighbourhood First Policy. The Ministerial-level JRC also put its stamp of approval on the finalization of the design and intake well for drawing water from the Feni River flowing along the India-Bangladesh border for a drinking water project in Tripura's border town Sabroom under an MoU signed in 2019. The cooperation over the Kushiyara and the Feni also reflects the prominence India's northeast region is gaining in transboundary water dialogue. India and Bangladesh making a significant advance in trans-boundary water sharing can be a template for the countries of the Brahmaputra River Basin in transboundary water cooperation, particularly for China as an upper riparian country. .
Source:
sentinel
URL:
https://www.sentinelassam.com/editorial/a-template-for-sharing-transboundary-rivers-611447
Prev Post
Next Post