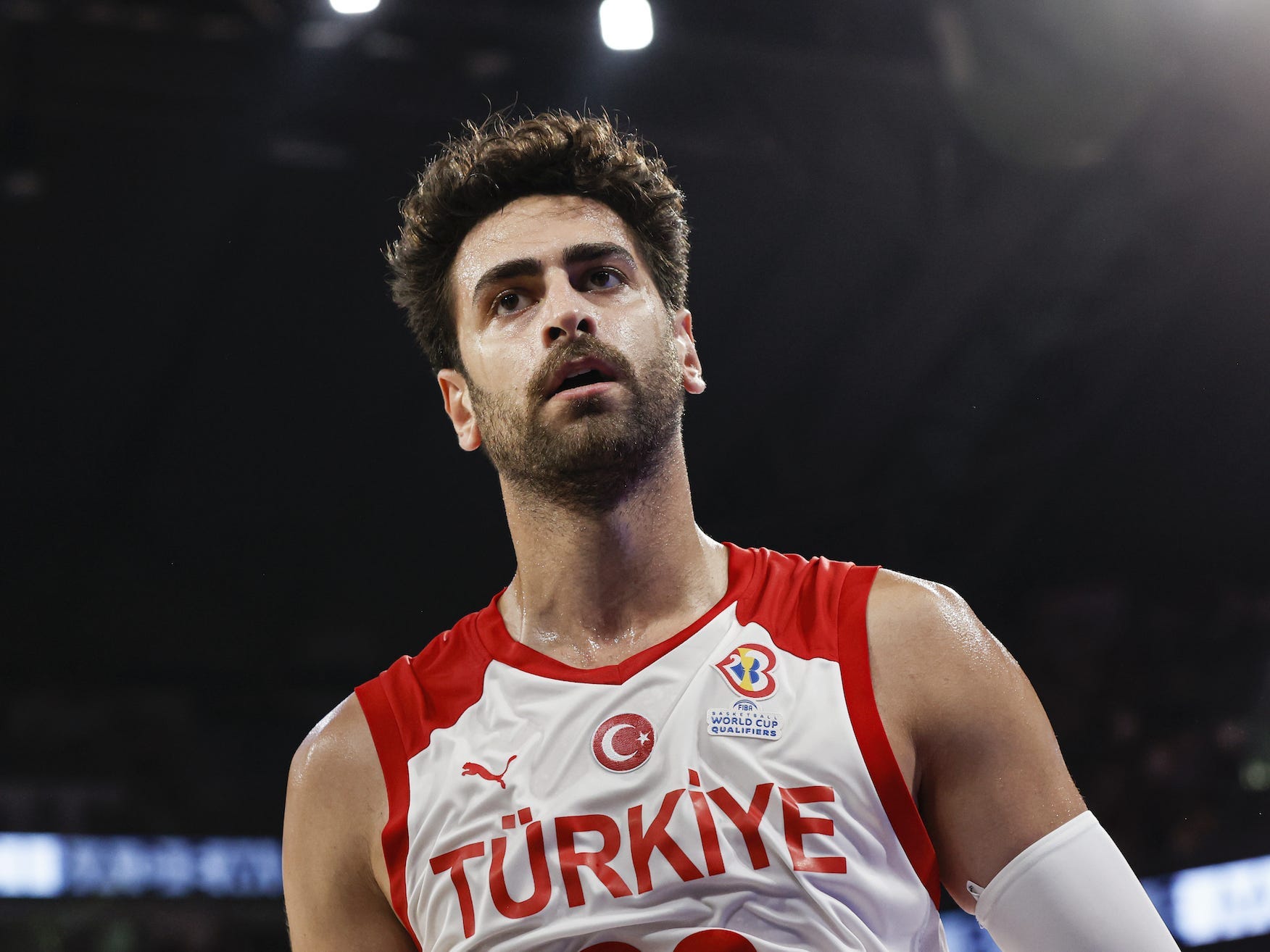 Furkan Korkmaz. Elif Ozturk Ozgoncu/Anadolu Agency via Getty Images Turkish player Furkan Korkmaz of the 76ers said he was attacked by Georgian players at EuroBasket. Korkmaz was ejected from the game and said three Georgian players and security guards attacked him in a "street fight. " Korkmaz and Turkey are still playing in the tournament, but a member of Turkey's team is calling for security footage of the incident. A heated game between Georgia and Turkey in a EuroBasket tournament allegedly got ugly afterward. Turkish forward Furkan Korkmaz, who also plays for the Philadelphia 76ers, said that after getting ejected from a game, he was attacked by Georgian players and security members while heading back to the locker room. Korkmaz received two technical fouls and was ejected after a confrontation with Georgia's Duda Sanadze. —ClutchPoints (@ClutchPointsApp) September 4, 2022Afterward, Korkmaz told reporters that he got into a "street fight," as he was ambushed by three Georgian players and security guards. "As soon as we walked out of the tunnel and were trying to reach the locker room, I saw three Georgian players alongside two security guys running at us. We started throwing punches at each other," Korkmaz said, via BasketNews. "That's basically what happened. "It was like a street fight. There was no talk or conversation. People just came at us and were trying to attack us. "Ismail Senol of BeIN Sports Turkey reported that the three Georgian players were Sanadze, Tornike Shengelia, and Goga Bitazde, who also plays on the Indiana Pacers. Furkan Korkmaz was ejected for an altercation with a Georgian player during EuroBasket. Nikola Krstic/MB Media/Getty ImagesTurkish head coach Ergin Ataman also described the situation similarly, via EuroHoops:"There were no security measures whatsoever when I was going at locker room," Ataman said. "When we were going there, three players from them, including Sanadze, as well as two security guys, started to run at us. We started throwing punches at each other. Basically, it was a street fight. Five people attacked us, we defended ourselves. "It was such a scramble. There were players from Georgia. The intention of the security guys was not good. They did not try to intervene in the events. "Sanadze, however, said accounts of what happened in the locker room had been exaggerated. "It wasn't like that," Sanadze said, via BasketNews. "My teammates were simply following me to the locker room. There were a couple of words said from him and from us. Then we met each other, but the security was trying to be between us. Even if we tried to fight, we couldn't [have done] it because there were people between us. "It was a kind of a brawl. I don't think anyone punched or slapped each other. There were some swings going on, but I don't think anyone got injured. "Turkish basketball federation vice president Omer Onan told EuroHoops that the team would withdraw from the tournament if they didn't get security footage of the altercation. Turkey bounced back to beat Belgium on Sunday, 78-63, with Korkmaz scoring 16 points. Read the original article on Insider.
Source:
insider
URL:
https://www.insider.com/furkan-korkmaz-says-attacked-by-georgian-players-after-eurobasket-game-2022-9
Prev Post
Next Post