After his Vuelta a España win, what's next for Remco Evenepoel? 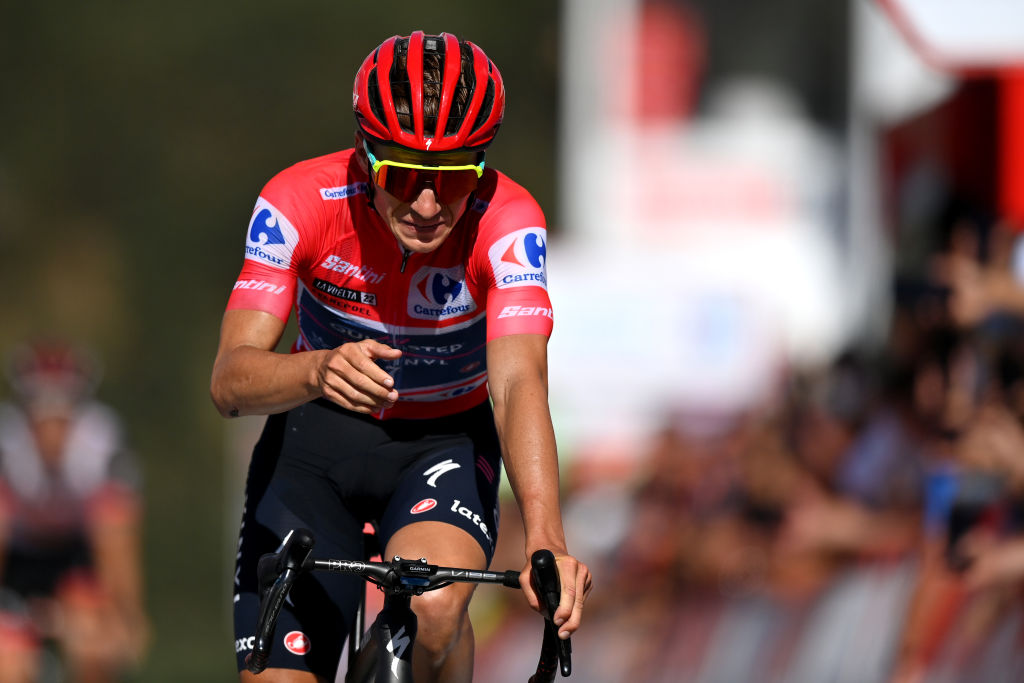 QuickStep-Alpha Vinyl head director Patrick Lefevere has described Vuelta a España winner-in-waiting Remco Evenepoel as “unstoppable if he stays healthy” and according to Belgian media is already pencilling in a possible repeat start for Evenepoel at the Giro d’Italia next year. In a lengthy interview (opens in new tab) with Flemish daily Het Laatste Nieuws published on Sunday, Lefevre also revealed that Evenepoel, aged 22 and the Vuelta’s fourth youngest ever winner, had taken his first Grand Tour two years prior to expectations and that his young protege “had surprised even me. ” Lefevere told Het Laatste Nieuws he thought that Evenepoel had taken a year to get over his 2020 Il Lombardia crash in full, and also argued that Evenepoel winning alone at Liege-Bastogne-Liege this spring had unlocked the door to even greater performances, given he had won in with such an exceptional way. As he put it, “He’s rapidly catching up on lost time. ” He was at pains to recall that this was not his first victory as a director in a Grand Tour, even if it was the first for QuickStep-Alpha Vinyl, but his third, as he was a sports director with Mapei when Tony Rominger won the Vuelta in 1994 and Giro d’Italia in 1995. Furthermore, he then took second with Enric Mas in the Vuelta in 2018 and second with Rigoberto Urán in the 2014 Giro. Read more Vuelta a España 2022 Evenepoel seals overall at Vuelta a España as Carapaz claims third stage victory Juan Ayuso celebrates becoming second youngest ever to finish on Grand Tour podium “But this is of course more special,” he continued, “Remco has won, he is Belgian and we are a Belgian team. That’s extra good, but it shouldn’t be about me, the honour is for him and the team. ” “We are here [in Madrid] with six guys, one of whom, [ Fausto Masnada ], was seriously injured. The most difficult moments in this Vuelta, especially mentally, were the losses of [teammates Pieter] Serry and [World Champion Julian] Alaphilippe. That was quite problematic, but I think the team did a fantastic job, and the leader was even more fantastic. ” Asked what winning the Vuelta meant for Evenepoel at this point, Lefevere said “a huge release, a reward for months of hard work for this, mostly alone. ” As for himself and what it meant, Lefevere concluded, “That I prove you [critics] all wrong. QuickStep was always the big team of the Classics, but nothing more was what they would say. So it’s not true. ” While also genuinely happy for Remco, Lefevere added on a sarcastic note that he was “also [happy] for those who only are negative. How many times have we heard…’ Remco can’t do this, Remco can’t handle three weeks, Remco can’t handle steep climbs. ’” Using an over-the-shoulder gesture to indicate that “all these comments” were now forcibly something that had to be thrown away, Lefevere concluded, “They [the critics] will all have to eat their words. ” While Lefevere told the paper he thought Evenepoel was ‘unstoppable if he remains healthy’ he preached caution at getting over-enthusiastic. “I hope this is the beginning of many more beautiful things, but ‘only God knows’ [what will happen]. Let’s enjoy this first. ” “I’m an old hand in the business, let’s not get carried away. The plan was to go to the Tour in 2025 with ambition. We are now a few years ahead of schedule, but in my head, it will be the Giro again next year. ”.
Source:
cyclingnews
URL:
https://www.cyclingnews.com/news/after-his-vuelta-a-espana-win-whats-next-for-remco-evenepoel/
Prev Post
Next Post