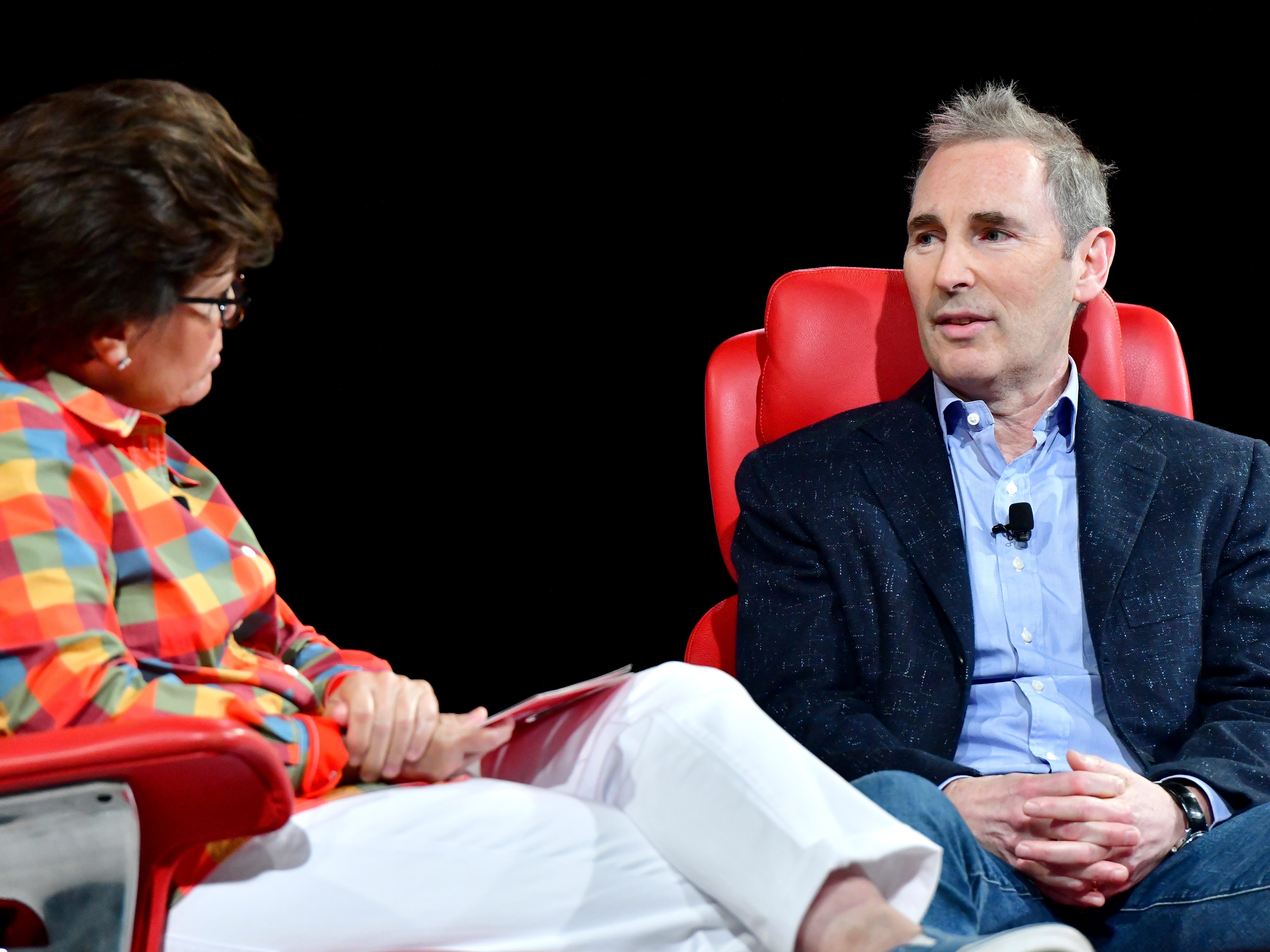 Amazon CEO Andy Jassy said the company isn't planning to force employees back to the office. He noted that most of Amazon's corporate workers are already on a hybrid scheme. Jassy said the e-commerce firm would continue its "experiments" with work arrangements. Sign up for our newsletter to receive our top stories based on your reading preferences — delivered daily to your inbox. Loading Something is loading. Email address By clicking ‘Sign up’, you agree to receive marketing emails from Insider as well as other partner offers and accept our Terms of Service and Privacy Policy . Amazon CEO Andy Jassy said on Wednesday that the e-commerce giant doesn't plan on making its corporate employees return to the office via a company-wide mandate. "We don't have a plan to require people to come back," he said in an onstage interview at Vox Media's Code Conference in Los Angeles, per CNBC. "We don't right now. We're going to proceed adaptively as we learn. " Jassy noted that most Amazon corporate employees are working on a hybrid work schedule and that certain sections of the company, like its hardware and creative teams, are in the office more often, per CNBC. "I do think there are some things that are harder to do remotely. I think it's a little harder to invent remotely," he said, per the outlet. "At the end of the day, we have to deliver the right results for customers, and people understand whether they work remotely or in an office that that has to be the number one priority," he said, CNET reported . "And so we're trying lots of experiments, and we'll see over the next year. " In contrast to Amazon's approach, other high-profile companies have required employees to report for work at their offices at least several days a week. Since April, Google has mandated that its employees in several US locations return to the office at least three days a week, with the option to explore options like "work from anywhere" weeks. Last month, Apple ordered employees to work in the office at least three days a week, inciting a petition from office workers who said they've shown throughout the COVID-19 pandemic that they can produce "exceptional work" from home. Investment banks such as Citigroup and Deutsche Bank also offer hybrid work schemes to their employees. On the other hand, Meta — which was then still called Facebook — announced last April that its employees could continue fully working from home even after the pandemic. Jassy had previously called off Amazon's company-wide plan to require corporate and tech workers to be in the office at least three days a week starting in January. "At a company of our size, there is no one-size-fits-all approach for how every team works best," Jassy said in October. He said the decision to work from home or in the office would be left to individual teams. His declaration on Wednesday echoed his comments in January that remote work would continue to be a part of people's lives even after the pandemic. Jassy had referred to how companies have struggled to get all of their employees to return to the office after the Omicron variant prompted another bout of infections and temporary closures. "I think people will come back in bigger numbers than before, but I think it's not going to look like what it was before," he said, Fortune reported. .
Source:
businessinsider_us
URL:
https://www.businessinsider.com/amazons-ceo-says-no-plans-employees-work-in-office-2022-9
Prev Post
Next Post