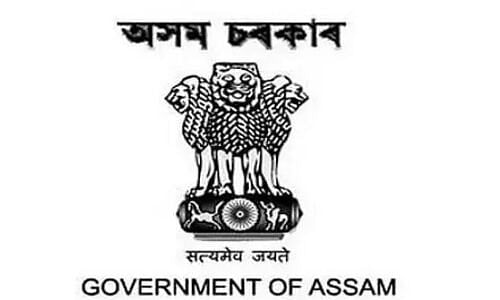 CORRESPONDENTSLAKHIMPUR: Along with the rest of the State the ceremonial distribution of the Anundoram Borooah Award was held in Lakhimpur district too on Wednesday to inspire students to strive for their academic excellence. The public programme, organized on this occasion in the auditorium of the Lakhimpur District Library, was chaired by ADC Geetalee Duworah, the in-charge Inspector of Schools of the district. Deputy Commissioner Sumit Sattawan attended the programme as chief guest. In his lecture, the Deputy Commissioner sketched the scenario regarding the academic progress in the district. He called upon the students, teachers and guardians to ensure and enhance quality education with a competitive attitude. Head of the Department of Political Science of North Lakhimpur College (Autonomous)-cum-columnist, Dr Diganta Hatibaruah graced the occasion as resource person. In his encouraging lecture, Dr Hatibaruah advised the students to create their own identity with their unique credibility, efficiency and perseverance. Another resource person of the programme, Indrajit Gam of the District Institute for Educational Training (DIET) suggested the students to fix an aim in life and to work hard to achieve it. The central programme organized for the distribution of the Anundoram Borooah Award in Srimanta Sankardev Kalakshetra was screened live in the same event wherein District Development Commissioner Manoj Kumar Baruah, Samagra Siksha Abhiyan Programme Officers Derajul Hussain, Nibharani Saikia, Programme Manager Bornali Sinte were present. In the district, a total of 1,046 students who passed the High School Leaving Certificate (HSLC) exam this year with star and distinction marks, received the Anundoram Borooah Award. TINSUKIA: The Anundoram Borooah Award was presented along with the rest of State to 668 meritorious students from 24 schools of Tinsukia district in a programme held at TDA Cultural Complex in Tinsukia. Sanjoy Kishan, Minister of Labour & Tea Tribe Welfare Department, as chief guest presented the award ceremoniously to 24 students in presence of a distinguished gathering. In his address, Kishan called upon the students to imbibe the philosophy of Anundoram Borooah. Deputy Commissioner of Tinsukia, Narsing Pawar, while congratulating the students, delivered an inspirational speech. Among others who addressed the students were MLA of Digboi, Suren Phukan and Tezpur MP Pallab Lochan Das. SIVASAGAR: The Anundoram Borooah Award-2022 ceremony introduced by the Government of Assam for the uplift of the educational sector of the State, was held in Sivasagar on Wednesday at a solemn function at Sibsagar Government HS & MP School. The Chief Minister digitally sent the award money to the bank accounts of the awardees in the programme organized centrally through live broadcast at Sankardev Kalakshetra in Guwahati. A total of 1,068 students from the district have been able to receive the award this year. Sivasagar Deputy Commissioner Aditya Vikram Yadav attended the function as the chief guest. Kamaljyoti Gogoi, Inspector of Schools of Sivasagar district, Dr Soumar Jyoti Mahanta, Principal of Sibsagar Commerce College, and other dignitaries were present on the occasion. DHUBRI: State PHE and Tourism Minister, Jayanta Mallabaruah distributed the Anundoram Borooah Award among the 745 students who had passed the HSLC examination, 2022 with star marks and distinction, in a meeting held at the Dhubri District Library Auditorium on Wednesday. The award carries an amount of Rs 16,000, which was credited to the account of each student immediately. Beside this, Barua being a Guardian Minister, also held a meeting with the high officials in the DC conference hall and reviewed the progress of works including ongoing Jal Jeevan projects in the district. In his two-day visit to Dhubri district, Baruah paid a surprise visit to the Dhubri District Elementary Education Office accompanied by Dhubri Deputy Commissioner, Anbamuthan MP and took stock of official works and attendance of the employees. Baruah also visited Dhubri Medical College and Hospital and took stock of ongoing works and also held a meeting with the Principal of the college. Also Read:  Assam Govt Hands Out Anundoram Borooah Award to 22601 Meritorious StudentsAlso Watch:.
Source:
sentinel
URL:
https://www.sentinelassam.com/north-east-india-news/assam-news/anundoram-borooah-award-distributed-across-assam-611789
Prev Post
Next Post