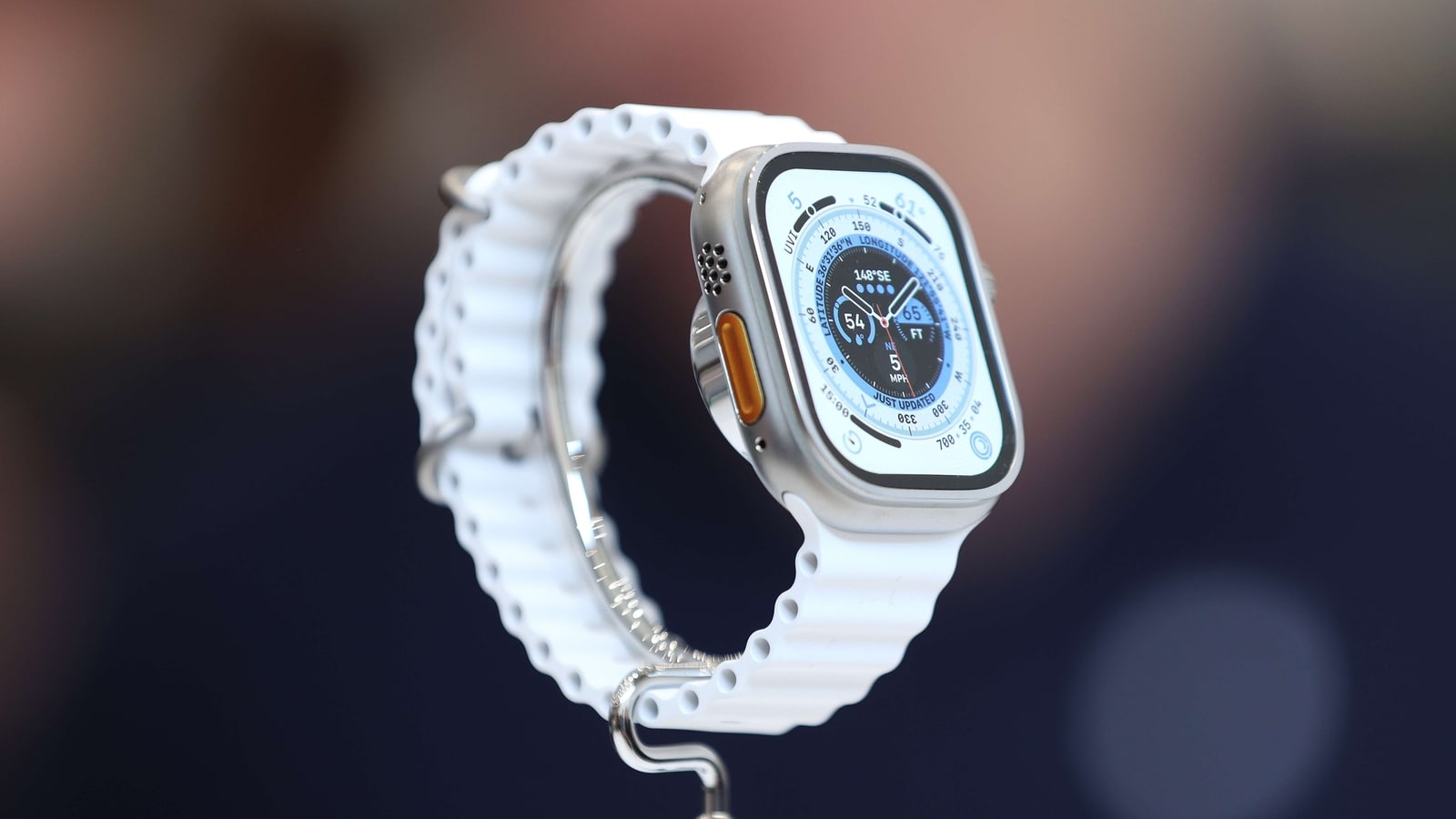 In the seven years since Apple Inc. released its first Apple Watch , the device has sold more than 100 million units, catapulting it to 30% of the global smartwatch market. Yet it's struggled to grab a small but important niche: endurance sports. Peruse the start of any Ironman triathlon race and you'll see Garmin products dominating the wrists of the world's most elite athletes. These are consumers who spend $10,000 on a bicycle and travel around the globe to compete at some of the world's most majestic courses. But they've largely snubbed Apple in favor of multisport watches from the premier name in outdoor adventure and navigation. The new Apple Watch Ultra the company debuted at an event dubbed Far Out could finally change that. At $799, the wearable is the most expensive among the models it released Wednesday, including Apple Watch Series 8 at up to $499 and Watch SE for $249. That puts it above most Garmin alternatives favored by triathletes, yet still cheaper than premium models designed for ultramarathon and rugged environments. The device can also act as a dive computer , putting it in competition with leading names in that category, such as Suunto, Cressi and Aqualung. Chasing consumers who have expensive hobbies and high brand loyalty is a smart move, and it shows that the company is laser-focused on pushing its non-iPhone products, namely Watch and AirPods. Called Wearables , Home and Accessories (WHA), this category is the only hardware division at Apple to have consistently posted growth in each of the past six years. While WHA accounts for just 11% of sales, far less than the iPhone's 53%, revenue from that collection of devices has climbed 245% since 2016, compared with 40% for iPhones and 181% for services. Incremental revenue is only half the story. Making the Apple eco-system more addictive is far more lucrative than merely ensuring customers upgrade their iPhone every year (or two). Earphones are a good example. Having an iPhone is more likely to lure a customer to buy Airpods, and the same is also true in reverse — customers are less inclined to switch to a Samsung or Oppo if they already have AirPods and an Apple Watch. It also takes the pressure off each new iPhone to have a wow factor that compels fans to line up overnight for the latest accessory. This year's release, for example, is unlikely to set hearts racing. A better camera, more powerful semiconductors, and gimmicky always-on displays don't seem anywhere near as exciting as past innovations like touch ID, haptic feedback or Siri. And that's fine. Apple instead spent its launch event focusing on features that the vast majority of consumers will never need, and very few will use. These include crash detection on the watch, and satellite SOS services on the iPhone. Despite heart-rending videos of customers relaying their experience of life-saving features of the Apple Watch — one girl used it after a plane crash — safety is probably not a must-have aspect of consumer electronics devices. Yet in gradually broadening the categories of consumers who find a product that perfectly fits their unique needs, Apple is ensuring that its cross-gadget connectivity is one consumers rely on. “This kind of integration is something only Apple can do,” Apple Chief Executive Officer Tim Cook declared in the opening to Wednesday's launch event. And he's right, which is why Apple will continue to be the brand customers can't do with it. .
Source:
hindustantimes_tech
URL:
https://tech.hindustantimes.com/tech/news/apple-fights-for-ironman-crowd-s-eyes-with-apple-watch-ultra-looks-to-beat-garmin-71662609204815.html
Prev Post
Next Post