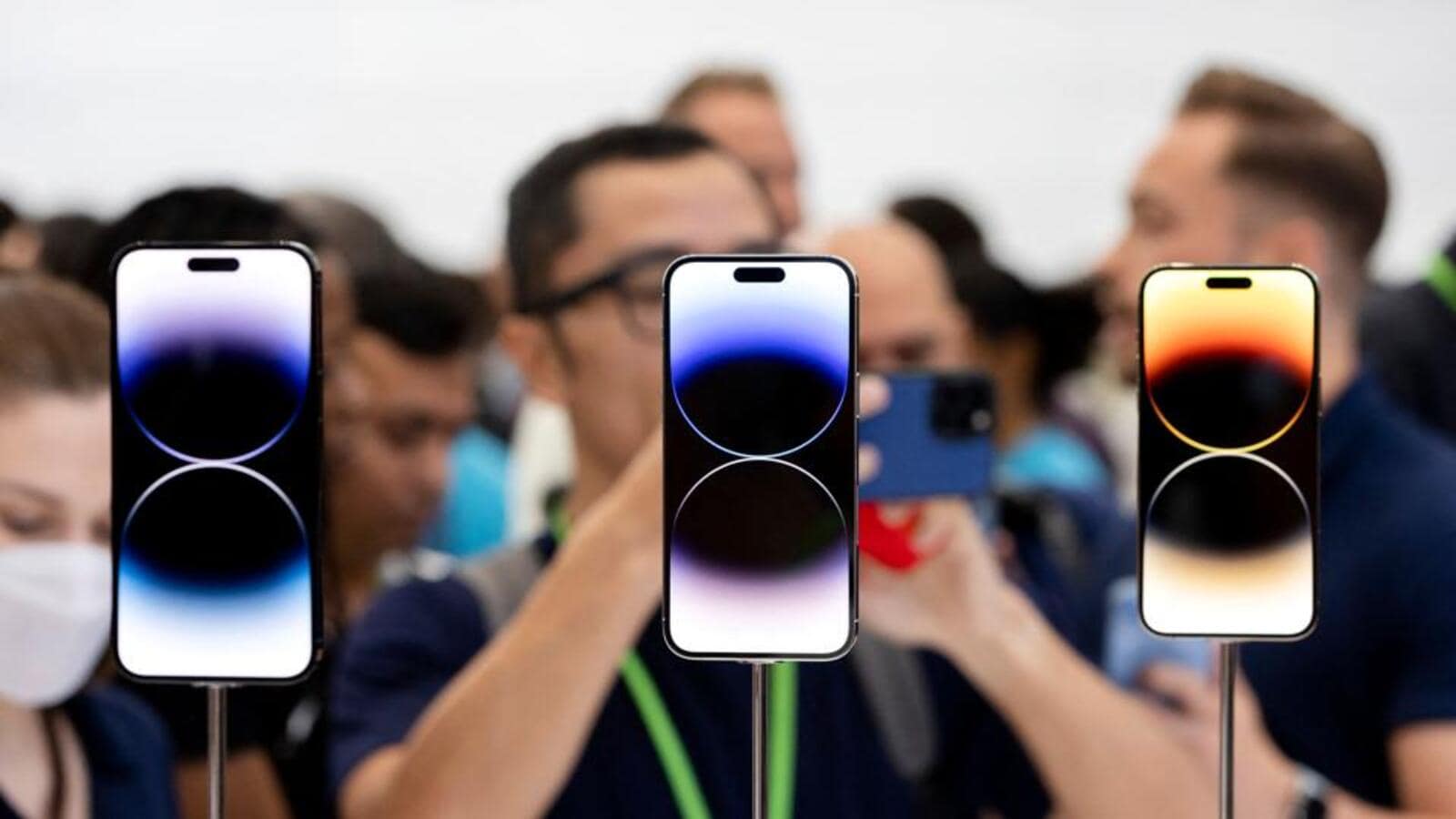 Cupertino, California: Apple has, at the biggest keynote of the year, unveiled the new iPhone range, a rugged Apple Watch Ultra and the latest generation of its wireless earbuds AirPods Pro on Wednesday. These are the latest upgrades for some of its most popular devices, at its first in-person product launch since the Covid-19 pandemic began. Apple iPhone 14 and iPhone 14 Pro: More differentiated than before The new iPhone 14, includes tweaks to cameras which include an updated machine-learning based image processing as well as larger physical sensors, which are expected to improve low light photography capabilities, and autofocus in the front camera. The iPhone 14 Pro series gets a new 48-megapixel camera, alongside an upgraded display which is rated as the brightest in the smartphone ecosystem so far, a new notch called Dynamic Island and an always-on display which makes its first appearance on iPhones. New features unveiled on the iPhone 14 series include crash detection, something the Apple Watch 8 series also has, and a significant new satellite communication-based emergency alert system, called Emergency SOS. The iPhone 14 series is powered by the A15 Bionic chip, which incidentally has been carried forward from the incumbent iPhone 13 series phones. The prices of the iPhone 14 start at Rs79,900 while the iPhone 14 Pro series will cost Rs1,29,900 onwards. For the non-Pro iPhone 14 series, the iPhone 14 Plus model is the big new introduction. It will have a large 6. 7-inch screen, much like the iPhone 14 Pro Max, making it Apple’s largest sub-$1000 phone. In the US, the iPhone 14 series will go on sale without a physical SIM card slot, with eSIM being the only option. Globally however, nothing changes. The Emergency SOS service will allow people to update their location or communicate with emergency services using satellite connectivity even when they have no mobile phone or Wi-Fi network. For the feature, the company has set up a new emergency response infrastructure, which will relay SOS messages to the nearest first responders. This feature will go Live in the US and Canada for now, with two years subscription bundled. Global rollout is not clear. The iPhone 14 Pro and iPhone 14 Pro Max, now feature a pill-shaped cut-out in the screen for front camera and sensors, and will integrate with apps for notifications and functionality, which should help it merge better with the interface. App developers will have to integrate this functionality in their apps. AirPods Pro get the second generation improvements Apple has upgraded the AirPods Pro, the wireless earbuds with active noise cancellation. The new generation product are powered by the new H2 chip, alongside new low distortion drivers and amplifiers. The earbuds now feature improved noise cancellation, including a new personalisation option that the company said takes into account user ear shapes. The adaptive “transparency mode”, sees improvements in allowing conversations to filter through, while blocking harsh ambient noises. Apple Watch Ultra is the most rugged watch in the family Another brand new launch is the Apple Watch Ultra, a rugged watch for athletes and outdoor adventure enthusiasts. The larger 47mm watch will also have the titanium case option, and has special features for divers, a dual-frequency global positioning system (GPS) connectivity for accurate location tracking in congested urban environments. The new watch is priced at Rs89,900 in India. Alongside, significant upgrades were also announced in its existing Apple Watch line-up, which now introduces the Series 8. These included a new car crash detection, which uses new accelerometers and multiple motion sensors to determine when someone has suddenly experienced a physical impact typical of a car crash. The watch will then proceed to call emergency services, though availability is dependent on countries. Apple says the algorithms have been trained on a million crash test data sets. Additionally, the company rolled out new health tracking features in the Series 8 aimed at helping women better track their menstrual cycles. The new version of the existing Watch line-up features new temperature sensors that will help determine ovulation retrospectively. The company insists that all health data is encrypted end-to-end, till users explicitly select to share data with doctors, for instance. Apple’s stock was up 0. 3% about half an hour into the presentation, in line with the start of the event. SHARE THIS ARTICLE ON ABOUT THE AUTHOR Vishal Mathur Vishal Mathur is Technology Editor for Hindustan Times. When not making sense of technology, he often searches for an elusive analog space in a digital world. . . . view detail Subscribe to our best newsletters HT Daily Capsule Pick a topic of your interest and subscribe All Newsletters Subscribe Subscribed to newsletter successfully Thank you for subscribing to our Daily News Capsule newsletter. Personalise your news feed. Follow trending topics Done TRENDING TOPICS Horoscope Today Apple Event Today Umesh Katti NEET 2022 Result.
Source:
hindustantimes
URL:
https://www.hindustantimes.com/business/apple-launches-iphone-14-series-rugged-watch-ultra-and-updated-airpods-pro-101662603170466.html
Prev Post
Next Post