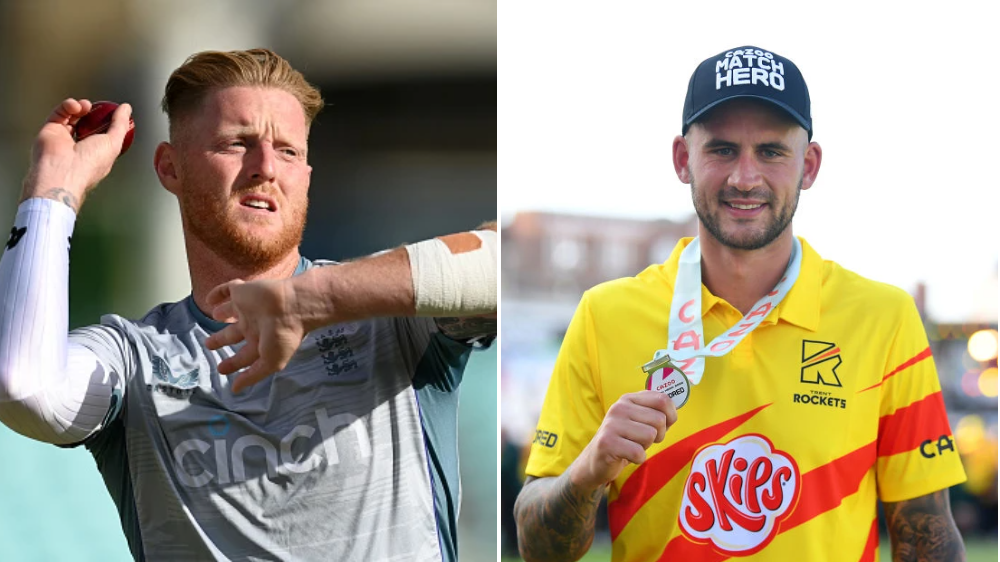 Alex Hales has been added to England’s T20 World Cup squad (Pictures: Getty) Ben Stokes has spoken out on England’s decision to recall Alex Hales for the T20 World Cup. Hales has not played for England since being dropped on the eve of the 2019 World Cup because of an ‘off-field incident’. The Nottinghamshire opener, who helped Trent Rockets win The Hundred at Lord’s last weekend, was suspended after failing a test for recreational drug use. Former England captain Eoin Morgan said there had been a ‘breakdown in trust’ that meant he could not play in the 2019 World Cup, despite being a key player in the side leading up to the tournament. Hales has been in international wilderness for more than three years but was recalled to the white-ball squad on Wednesday as an injury replacement for Jonny Bairstow, who injured his left leg while playing golf last week. As well as replacing Bairstow in the T20 World Cup squad, Hales has been added to the England squad for the tour of Pakistan later this month. ‘Everyone’s goal is to win that World Cup for England,’ Test captain Stokes said when asked about Hales’ recall. ‘It’s an injury which presents an opportunity to someone else. Hales has made 141 appearances for England (Picture: Getty) ‘Alex is definitely one of the best T20 players in the world and unfortunately after what happened with Jonny we had to pull another guy up. ‘Alex is definitely one of the guys bowlers don’t want to be bowling at in the T20 format. ’ Stokes and Hales are said to have a strained relationship after both were involved in a late night brawl in Bristol in 2017. But Stokes has played down Hales’ previous issues in the England set-up, adding: ‘I’ve not been in the leadership capacity in the white-ball group for however long. I’ve obviously been resting and stuff like that. ‘But when it comes down to the big moments in games and World Cup games, knockout games, you want your best players there to be taking that pressure on and he certainly is one of those. ’ While Hales was not included in England’s initial T20 World Cup squad, director of cricket Rob Key previously insisted the door was open for the batter to return. ‘I spoke to Alex Hales, he rang me actually, and he argued why he wasn’t there and I think that’s quite right too,’ Key said after England’s first squad announcement last week. ‘I much prefer when these people pick up the phone and say, “come on then, why wasn’t I there?” Jonny Bairstow will miss the T20 World Cup after injuring himself while playing golf (Picture: Getty) ‘I have a huge amount of respect for that as opposed to people who go behind the scenes moaning about why they’ve not been picked. ‘I’ve said on a number of occasions that I feel Alex Hales has served his time for his misdemeanours. Now it’s on form, selection, and whether we feel they are the best person to go out there. ’ Hales made 141 appearances for England before being exiled, scoring seven centuries and 22 fifties in white-ball cricket. The 33-year-old has been in superb form this summer, smashing 374 runs in the T20 Blast at a strike-rate of 193 and 259 runs in The Hundred at 152. MORE : Trent Rockets crowned men's Hundred champions after winning low-scoring thriller MORE : Oval Invincibles defend women's Hundred title as Capsey stars in routine win For more stories like this, check our sport page. Follow Metro Sport for the latest news on Facebook, Twitter and Instagram. .
Source:
metro
URL:
https://metro.co.uk/2022/09/07/cricket-ben-stokes-reacts-alex-hales-england-recall-t20-world-cup-17319212/
Prev Post
Next Post