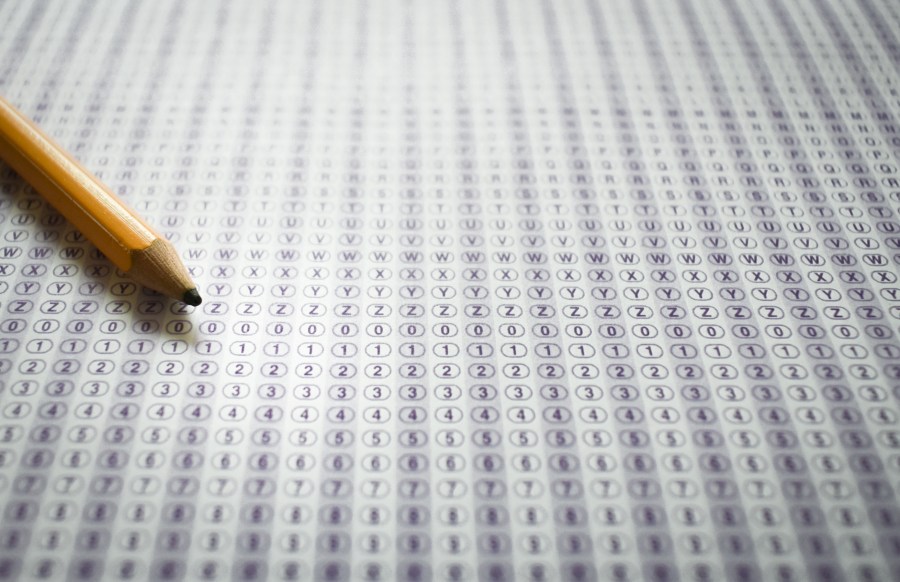 PASCO COUNTY, Fla. (WFLA) — The Florida Department of Law Enforcement (FDLE) announced a "cheating scandal" Friday that cost taxpayers hundreds of thousands of dollars and put the success of 1,000 students at Hudson High in doubt. "Plain and simple, this was a cheating scandal — greed and cheating at the most bearish level," said FDLE Tampa Bay Special Agent in Charge Mark Brutnell. Florida Christian school teacher arrested for ‘twerking’ on student, deputies say The year-long investigation began after an anonymous caller dialed Agriculture Education Services and Technology (AEST) and claimed they cheated on an old exam. AEST is responsible for making the test banks that are provided to the Florida Department of Education. Before AEST could initiate its own state-wide audit as a result of the anonymous tip, another phone call and text alleged cheating by teachers at Hudson high school in Pasco County. Brutnell said the audit revealed several striking irregularities. First, the tests, which consist of 50 or 100 questions, take students on average between 30 and 45 minutes to complete. But students taking the test at Hudson High School were completing them in as little as five minutes. Disney worker, teachers charged in prostitution sting “Hudson High School had a higher pass rate than any other school in Florida,” Brutnell said. “Hudson High School issued the most certificates state-wide. Ten times the number than the school behind them. ” Why? "For each successfully completed AEST exam, the scheduling teacher receives a bonus from the FDOE of $25 or $50 depending on the exam," Brutnell added. In addition, the FDOE paid Pasco County School District between $400 and $800 for each certification passed to enhance their agriculture program. To discourage cheating, proctors were required by the state to supervise test takers. “When our agents started this investigation, they found that none of the mandatory requirements were followed," Brutnell said. "So not a single proctor was used in any of these tests. And it gets better. ” $1M FL lottery tickets sold 4 miles apart Instead, Hudson High School teachers Harrold Martin, Kate Troutman, and Robert Harrington "took the exams together and used their exams — and I’ll coin it from their own mouth — as study guides to be given to their students," Brutnell fumed. “These guides were the exact copies of the exams. Students were also allowed to use the study guides while taking their exams. ” The investigation found that in total, 284 students took the test using "study guides. " Further, as students took the exams, Brutnell said the teachers would photograph the tests to produce and update the study guides. “In many instances, teachers provided students with answers during exams and one teacher actually took the exam for the students," Brutnell said. Even students in the Exceptional Student Education program "routinely had their tests taken for them. " Brutnell said, "Often these students were not even aware they were scheduled to take the exam but they were given a passing grade. " As a result of this crime, AEST will invalidate more than 1,000 of the tests taken at Hudson High School. Authorities said the testing fraud spanned over a four-year period and resulted in a combined loss of $708,000. Of that, $36,000 went into the teacher’s pockets combined. The investigation is still active. “We are extremely disappointed in these teachers who were placed in a position of trust, and repeatedly chose to violate that trust,” Pasco Superintendent of Schools Kurt Browning said. “They took advantage of students for personal gain, and that kind of behavior is shocking to teachers everywhere who sacrifice for their students every day. ” All three teachers worked at Hudson High School. Two have resigned, and one has remained on unpaid leave. Arrangements are being made for the affected students to have an opportunity to retake the tests for free. .
Source:
wfla
URL:
https://www.wfla.com/news/pasco-county/cheating-scandal-pasco-teachers-illegally-rigged-exams-for-bonus-cash/
Prev Post
Next Post