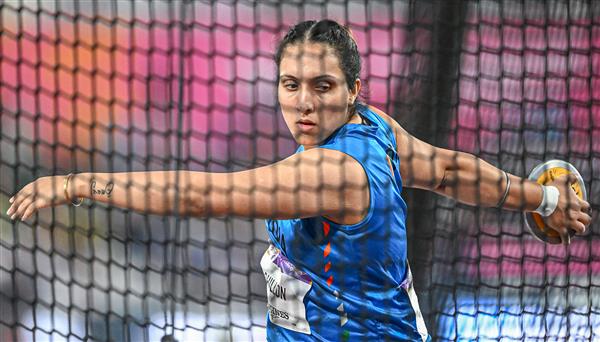 JAVELIN thrower Neeraj Chopra’s success at the highest level in international sport brings glory to India, but this can’t shield the country from disgrace that refuses to go away: India is among the worst dope offenders in the world, and legislation by parliament may not be enough to change things. India’s infamy as a leading dope offender in international sport endures. In the latest report of the World Anti-Doping Agency (WADA), published late last year, India ranked third in the world in terms of doping violations by its sportspersons. We are now in the year of the Commonwealth and Asian Games (postponed to 2023), two events in which success can turn sportspersons into millionaires, and several high-profile athletes have been caught in the dope net before and after the Birmingham CWG. They are not necessarily the only ones to blame, for some unscrupulous coaches, seeking fame and fortune, persuade or pressure athletes to use performance-enhancing drugs – everyone uses them, they tell their wards. Sadly, India’s ranking as a leading doping violator is not going to suffer. The lure of an international medal — and fame and riches — is strong, and even the National Anti-Doping Bill, passed by parliament last month, may not be a strong enough deterrent. Early last month, when the bill was debated over in parliament, Rajya Sabha member PT Usha — the track queen of the 1980s — said: “We are yet to open our eyes to the doping in our country, which was earlier confined only to the senior national level but has now reached the junior, college and district levels. It is a serious concern which needs to be addressed. ” Usha is right, for athletes at even the school and college level are vulnerable to drug use. The problem becomes more grave as competition escalates. For instance, during last month’s Haryana State Athletics Championships in Rohtak, tell-tale signs of drug use were visible for all to see — syringes were found strewn across the track, in blatant contravention of the no-needle policy of the Athletics Federation of India (AFI). Yet, dope testing officials were absent from the North Zone Junior Athletics Championship, held in Karnal earlier this month. Early start Worryingly, doping begins early. A survey of athletes across the world, conducted by WADA and published earlier this year, threw up interesting findings: Athletes believe that they are at the greatest risk of drug use at the international level. However, they also said they were under a higher risk of inadvertent — rather than intentional — doping at the early stages of their careers. From this, WADA concluded that there is a need for “education on inadvertent doping at all stages of the athlete’s career”, and not just at the higher levels, as is the norm. In other words, WADA expects elite level athletes to be educated about inadvertent doping violations. Yet, most athletes, after being caught in the dope net, claim they took a drug inadvertently. High-profile case The case of Punjab discus thrower Navjeet Kaur Dhillon is among the most high-profile recent dope violations. Navjeet won a bronze medal at the 2018 Commonwealth Games, though she finished a lowly eighth at this year’s Birmingham CWG. She tested positive following an out-of-competition test conducted by the Athletics Integrity Unit (AIU), an international anti-doping body, in Almaty in June this year. Traces of an anabolic steroid were found in her samples, which she said she must have consumed inadvertently — she explained to AIU that she had used a supplement that contained a prohibited substance, of which she wasn’t aware. She faces a three-year ban. More bad news came earlier this month when a para athlete who had won a medal in Birmingham came under a cloud after traces of morphine, prohibited under the WADA code, were detected in his urine sample. Reports suggested that he may have inadvertently ingested morphine when he used a painkiller. Positives In the run-up to the Birmingham CWG this year, there was a string of positive dope tests among medal hopefuls, including a national record holder, Aishwarya Babu. The triple-jumper, whose sample was taken at the National Inter-State Meet in Chennai in June — where she set a new national record — tested positive for a prohibited substance. Thereafter Dhanalakshmi Sekar, the top Indian woman 200 metres sprinter, tested positive for a banned substance following a test conducted by AIU. Two para athletes also failed dope tests — shot-putter Aneesh Kumar and powerlifter Geeta were withdrawn from the squad after their doping violations came to light. Before that, discus thrower Kamalpreet Kaur — who had reached the Olympics final last year — tested positive for an anabolic steroid in May; another Tokyo Olympian, javelin thrower Shivpal Singh, also failed a dope test. Veteran MR Poovamma, multiple gold winner at the Asian Games, also tested positive for a stimulant, methylhexaneamine. The Bill The National Anti-Doping Bill empowers agencies such as the National Anti Doping (NADA) to go after errant athletes or coaches. However, doping by sportspersons, or its facilitation by coaches, doctors or any agency, has not been criminalised as per this bill. The Sports Ministry said the bill does not have “severe criminal law provisions” because it is intended to be a “preventive legislation”. Germany has a law that criminalises doping or its facilitation. USA passed such a bill in 2020 though much before that, in 2008, top athlete Marion Jones was given a six-month jail sentence – for lying\I to investigators that she had not used steroids! Doping in the USA did not stop after her sentencing, doping did not stop in Germany after the new law came into existence there. But it could be argued that such a deterrence is a must in the Indian anti-doping bill, too, to add teeth to law, another layer of deterrence. — TNS Netted High-profile athletes caught in recent times: Navjeet Kaur Dhillon (Discus thrower) Aishwarya Babu (Triple jumper) S Dhanalakshmi (Track athlete) Kamalpreet Kaur (Discus thrower) Shivpal Singh (Javelin thrower) MR Poovamma (Track athlete).
Source:
tribuneindia
URL:
https://www.tribuneindia.com/news/sports/creating-doping-deterrence-string-of-doping-violations-underline-need-for-greater-deterrence-in-anti-doping-legislation-430546
Prev Post
Next Post