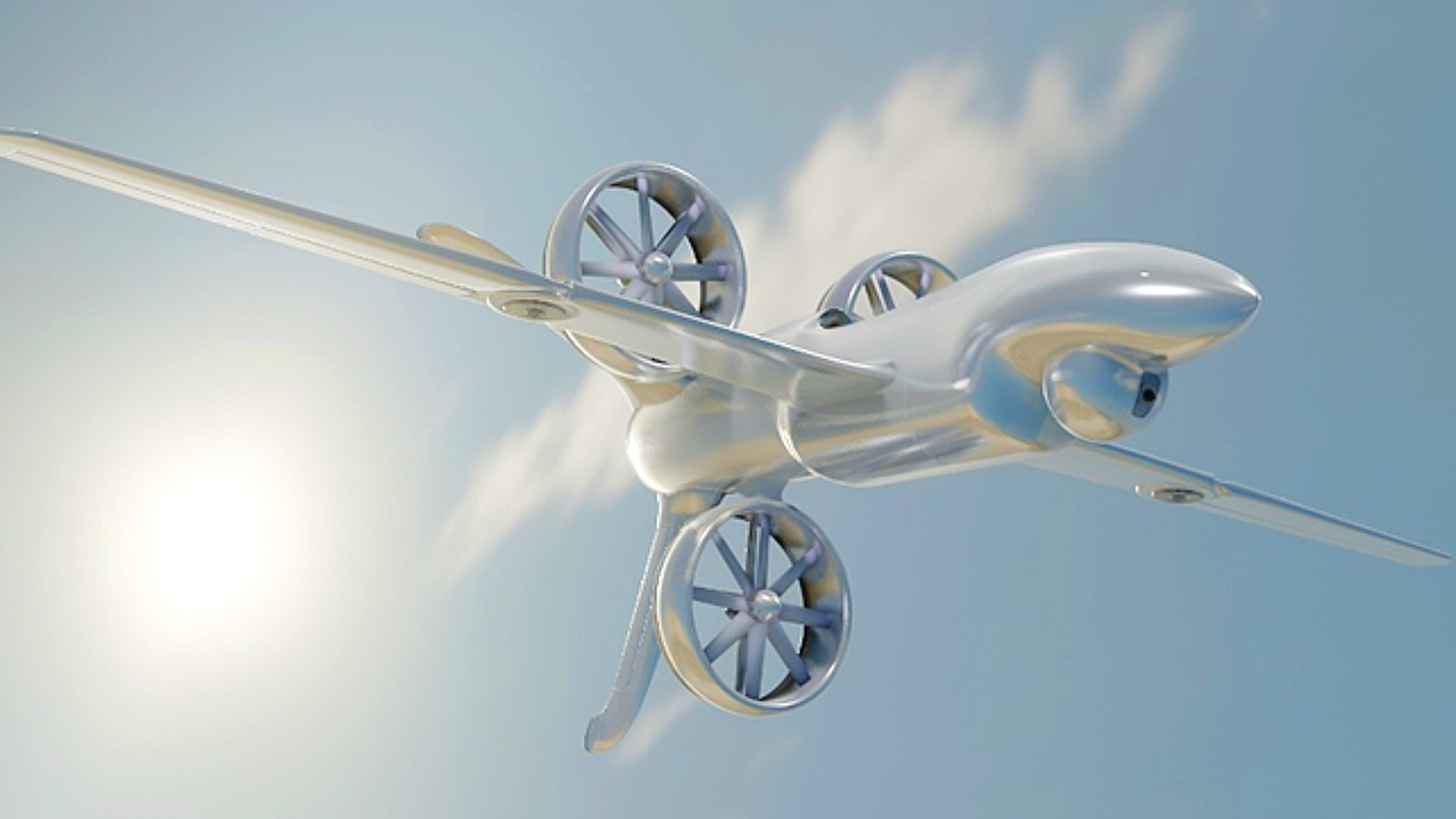 The U. S. Defense Advanced Research Projects Agency, or DARPA, is seeking to develop a revolutionary new vertical takeoff and landing (VTOL) aircraft. The program is known as AdvaNced airCraft Infrastructure-Less Launch And RecoverY X-Plane, or ANCILLARY. The ANCILLARY program aims to develop a "leap-ahead" craft that can land and take off in areas without preexisting air bases or other infrastructure, operate in adverse weather conditions, and even deploy from the decks of naval vessels without specialized launch and recovery equipment. DARPA has not stated if the program is intended to develop a crewed or uncrewed craft, but a video released by the agency depicts pilots operating the craft with a tablet, implying a remotely piloted or autonomous vehicle . In addition to these objectives, the ANCILLARY program aims to develop a craft that has a low weight, can carry large payloads, and can stay in the air for extended periods. The agency has issued a notice inviting proposals from relevant industries and academic organizations for component technologies and manufacturing techniques that such an aircraft would require. Related: NASA starts testing electric air taxi for 1st time Steve Komadina, the DARPA program manager for ANCILLARY, said in a DARPA statement (opens in new tab) that "the ability for the warfighter to deploy and retrieve such systems in challenging conditions without reliance on infrastructure would minimize personnel, costs, and vulnerability during sensitive operations. " Komadina added that any aircraft stemming from the ANCILLARY program would require bringing together "developments in advanced control theory, aerodynamic modeling, and advanced propulsion to solve a combination of challenging design objectives. ” A number of laboratories and manufacturers have been researching and developing similar VTOL aircraft in recent years. The U. S. Air Force's Agility Prime program has been testing remotely piloted VTOL craft (opens in new tab) , while NASA has tested its own all-electric vertical takeoff and landing " air taxis " developed by California's Joby Aviation. Such platforms would not require lengthy runways for landing and taking off. — Boom Supersonic and Rolls-Royce part ways on engine development — So close! Zephyr drone lands just hours before setting flight-duration record — Venus Aerospace unveils its new dart-like Mach 9 hypersonic plane design These VTOL aircraft could revolutionize air travel, potentially minimizing the infrastructure required to operate aircraft and reducing the noise associated with traditional rotorcraft like helicopters. In a statement (opens in new tab) published in 2021, NASA claims this class of aircraft could "provide an efficient and affordable system for passenger and cargo transportation, and other applications in the public interest" and "include aircraft like package delivery drones, air taxis and medical transport vehicles. " DARPA will hold an invite-only Proposers Day and Expo on Sept. 20 to review proposals for ANCILLARY program technologies and manufacturing techniques. Follow Brett on Twitter at @bretttingley (opens in new tab) . Follow us on Twitter @Spacedotcom (opens in new tab) or on Facebook (opens in new tab) . .
Source:
space
URL:
https://www.space.com/darpa-vertical-take-off-landing-aircraft-ancillary/
Prev Post
Next Post