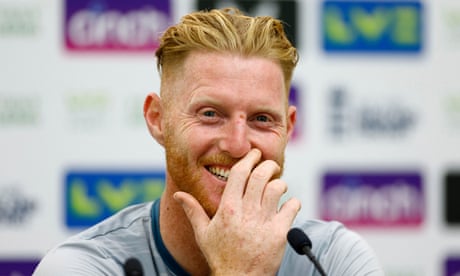 A nd so to the Oval for a decider that will cap off an already memorable summer of Test cricket. England, reborn under Ben Stokes, could register their best home season for 18 years with a sixth win, while South Africa hope to reclaim the Basil D’Oliveira Trophy with what would be their third series win on these shores since readmission. So far we have witnessed the two sides register a thumping innings victory apiece, the pendulum swinging from South Africa’s storming of Lord’s to Stokes powering his side to parity in Manchester . There have been just six days of cricket – just under, in fact – and so while the forecast is iffy, the draw still feels like an outside bet. At the Oval there is a rich sense of history and in recent times plenty between the two teams, be it Devon Malcolm’s nine-wicket display of shock and awe in 1994 , Hashim Amla’s masterful triple century in 2012 – the first by a South African – or the joyful scenes that followed confirmation of Moeen Ali’s hat-trick five years ago . Harry Brook has the brio and bravery to thrive in England’s Bazball era | Mark Ramprakash Read more The ground has also seen a few titans head off into the sunset over the years, with Don Bradman, Viv Richards, Curtly Ambrose, Andrew Flintoff and Alastair Cook among them. Cook did it best, of course, practically ensuring his retirement would be irreversible with a farewell century against India in 2018 that had the crowd swooning. But there is currently no sense of an impending swansong this week despite Jimmy Anderson recently entering his fifth decade and Stuart Broad’s broadcasting talents being much coveted by Sky. Certainly Stokes does not anticipate a quiet word from either, not least with an Ashes series next summer that is done by the end of July. “I honestly just can’t see a point where they decide it’s time to step away,” said the captain. “Jimmy has said how much fun he’s had and Broady’s influence in the dressing room is the best I’ve seen while playing with him over the years. The conversations he has had with the other bowlers is something he’s taken to another level. “It’s great to see Jimmy at 40 and Broady at 36 having a new lease of life and honestly I can’t tell you when the end will be. We’ve got the Ashes coming out next summer and I’m pretty sure they’ve got their eyes set on that but I’m not 100% sure. ” Things could change – Broad, a dad-to-be, may well miss December’s tour of Pakistan – but their current desire says plenty about the environment Stokes and Brendon McCullum have fostered as captain and coach. Neither seamer was in the Caribbean in March but the new regime has looked to wring every last wicket out of them, reverting to the basic principle of picking the best XI and not overthinking the future. Stuart Broad and Jimmy Anderson share a joke as they plot a route through South Africa’s defences. Photograph: John Walton/PA While two fine Test careers may not be drawing stumps just yet, a fresh one begins, with Yorkshire’s Harry Brook the beneficiary of Jonny Bairstow’s unfortunate accident on the golf course . The 23-year-old will slot in at No 5 and has already raided 140 runs for the Lions against South Africa, even if Dean Elgar was tipping a far tougher assignment when describing Test cricket as “the big league”. The same goes for England’s XI as a whole, with South Africa’s captain unlikely to make the same mistake twice. Instead he is likely to revert to the four-pronged pace attack that positively crackled at Lord’s. This return for Marco Jansen, only slightly shorter than the Oval’s neighbouring gas holder and able to swing the ball prodigiously from a left-arm angle, means pressure is unlikely to be released so easily this week. Sign up to The Spin Free weekly newsletter Subscribe to our cricket newsletter for our writers' thoughts on the biggest stories and a review of the week’s action Privacy Notice: Newsletters may contain info about charities, online ads, and content funded by outside parties. For more information see our Privacy Policy . We use Google reCaptcha to protect our website and the Google Privacy Policy and Terms of Service apply. That said, the tourists desperately need more from a batting line-up that has returned just one half-century thus far. Changes to the middle order are likely. Ryan Rickelton has been confirmed to replace Rassie van der Dussen, while Khaya Zondo, whose one Test to date was ended by Covid before facing a ball, is tipped to nudge out Aiden Markram after a baffling run of 15 innings without a 50. As well as the chance to secure their first series victory on these shores since 2012 – and, criminally, the last for some time given no return visit is slated in the next cycle – the tourists also have the added incentive of furthering their chances of making next summer’s World Test Championship final. They sit second at present but can go level with leaders Australia, before they meet for a dust-up Down Under later this year. England are no-hopers in this regard, their prospects of reaching the final scuppered by the year of flatlining form that preceded the Stokes/McCullum axis. They can, however, continue their upward curve and their evolution as a side that is looking to be positive and not, as some feared earlier in the season, simply gung-ho. “The whole nation has enjoyed watching us play because sometimes they don’t know what they’re going to get,” said Stokes. He’s not wrong but given the ground, the occasion, two brittle teams and a pair of captains hell-bent on a victory at all costs, a decent finale looks in store regardless. .
Source:
theguardian
URL:
https://www.theguardian.com/sport/2022/sep/07/england-look-to-provide-fitting-finale-to-memorable-summer-at-the-oval
Prev Post
Next Post