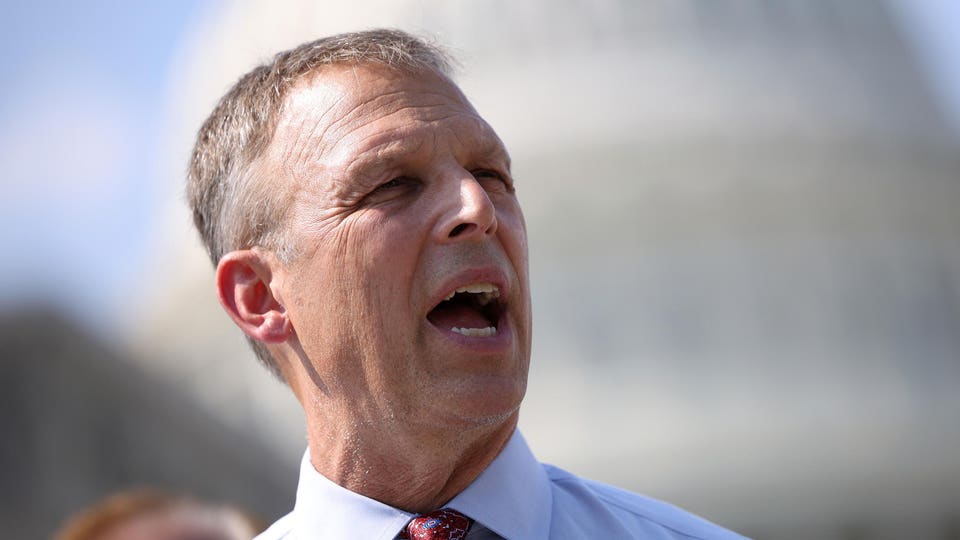 Breaking Business Firebrand GOP Rep. Scott Perry Says FBI Seized His Cell Phone Nicholas Reimann Forbes Staff I cover national politics, with a focus on Donald Trump. New! Follow this author to stay notified about their latest stories. Got it! Aug 9, 2022, 07:36pm EDT | Share to Facebook Share to Twitter Share to Linkedin Topline Rep. Scott Perry (R-Penn. ) said FBI agents confronted him Tuesday and seized his cell phone, just a day after federal agents searched former President Donald Trump's Mar-a-Lago residence , which marked a significant escalation of a federal probe involving the ex-president. Rep. Scott Perry (R-Penn. ) speaks at a news conference outside the Capitol on August 23, 2021 in . . . [+] Washington. (Photo by Kevin Dietsch/Getty Images) Getty Images Key Facts Perry said in a statement that three FBI agents approached him with a warrant requesting his cell phone while he was traveling with his family Tuesday morning. It's unclear what agents were searching for and what connection, if any, it has to Monday's search of Mar-a-Lago, which was reportedly tied to sensitive government documents that were removed from the White House after Trump left office. The Justice Department and FBI and did not immediately respond to requests for comment from Forbes . Crucial Quote "As with President Trump last night, DOJ chose this unnecessary and aggressive action instead of simply contacting my attorneys," Perry said. "These kinds of banana republic tactics should concern every Citizen. " Key Background Perry is a staunch backer of Trump's false claims of widespread fraud in the 2020 election and was among a handful of GOP congressmen who met with Trump in a December 21, 2020, meeting to strategize ways to overturn the election results, according to White House logs obtained by the House January 6 committee. Perry, who heads the hard-right House Freedom Caucus, was mentioned repeatedly during this summer's January 6 committee hearings, with former White House aide Cassidy Hutchinson testifying that he personally asked for a pardon after the storming of the Capitol (Perry has denied requesting a pardon). The Justice Department is conducting a similar, but not formally related, investigation into the storming of the Capitol alongside the January 6 committee's probe. It's not clear what the status of the DOJ investigation into the January 6 riot is, but FBI agents spent much of the day Monday combing through Mar-a-Lago, at one point breaking into Trump's personal safe to seize documents. Trump blasted the "raid" on his residence as "political persecution," a view that many other top Republicans have echoed . The search was reportedly carried out in response to Trump’s handling of White House records. Further Reading FBI Agents Search Mar-A-Lago In ‘Unannounced Raid,’ Trump Says (Forbes) GOP Leaders React To FBI Raid On Mar-A-Lago With Fury—And Fundraising Pleas (Forbes) Jan. 6 Hearings: 6 Republicans Allegedly Asked Trump For Pardons—Including Marjorie Taylor Greene And Matt Gaetz (Forbes) Follow me on Twitter . Send me a secure tip . Nicholas Reimann Editorial Standards Print Reprints & Permissions.
Source:
forbes
URL:
https://www.forbes.com/sites/nicholasreimann/2022/08/09/firebrand-gop-rep-scott-perry-says-fbi-seized-his-cell-phone/
Prev Post
Next Post