From POTUS to half an EGOT: What is Barack Obama's latest achievement? 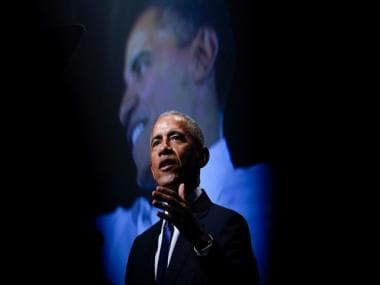 Former United States President Barack Obama is quite the all-arounder. He has vowed the world with his oratory skills and continues bagging awards for it. The latest feather in his cap is an Emmy award for lending his voice to the Netflix documentary series called Our Great National Parks. With this, Obama is officially halfway from getting an EGOT status, having previously won two Grammy awards. Let’s take a look at what EGOT is and what it takes to achieve the status. What is EGOT?EGOT is an acronym for Emmy, Grammy, Oscar and Tony – the four most prestigious awards in the world of television, recording, film and theatre, respectively. According to a report by Insider, achieving the grand combination of all four is the actual measurement of being an “all-rounder” performer. It’s also referred to as the “grand slam” of American entertainment. For years, the EGOT status has been hailed as the most reputable honour in Hollywood. What’s the story behind EGOT?Actor Philip Michael Thomas, who is known for his performance in the 80s show Miami Vice, is credited with making EGOT the dream that many artists wish to achieve some day. In an interview with The Associated Press, Thomas discussed about his future plans for success which he summarised in four letters: EGOT. He said, “That stands for Emmy, Grammy, Oscar, and Tony. Hopefully, in the next five years, I will win all those awards. ”It is said that the actor’s belief in EGOT was so strong that he had the letters engraved on a gold pendant, which he wore around his neck. Interestingly, he has never been nominated for any of the awards. The term gained popularity when it featured in a show called 30 Rock, where an actor makes it his goal to achieve the status, reports The Atlantic. What makes Obama half an EGOT? The former president bagged the Emmy for best narrator Emmy for his work on the series Our Great National Parks. The five-part show that features national parks from across the world is produced by Barack and Michelle Obama’s production company called Higher Ground. He was nominated for the creative arts Emmys against former basketball player Kareem Abdul-Jabbar, renowned historian and broadcaster David Attenborough and actor Lupita Nyong’o. In the past, Obama has been nominated for three Grammys out of which he has won two. Obama has won two Grammys for narrating his memoirs. In 2006 he was awarded a Grammy for his audiobook called Dreams From My Father. Then again in 2008, he won the award for anotheraudiobook called The Audacity of Hope: Thoughts on Reclaiming the American Dream. He lost the third Grammy nomination to actor Don Cheadle. He is yet to win an Oscar. In 2020, the documentary American Factory, which was produced by Michelle and Barack’s production house, won the Academy. But since neither of them personally received the honour, it wasn’t counted as an individual achievement. Who is part of the EGOT club?Until now 17 people have had the honour of being an EGOT. Some popular names who have obtained the most-respected status are actors Mel Brooks, Whoopi Goldberg, Audrey Hepburn, filmmaker Mike Nichols, songwriter Robert Lopez and singer-songwriter John Legend. The most recent artist to join the club is actor Jennifer Hudson. Other famous personalities who are just a Tony Award away from EGOT are director Martin Scorsese, actor Kate Winslet, singer and former Beatles Paul McCartney and Ringo Starr. British singer Adele is 3/4th of an EGOT as she won an Emmy this year for a special telecast of her concert “One Night Show”. She has won an Oscar and Grammy before. The same goes for rapper Eminem. Both of them bagged a couple of Emmys on Saturday. Singer Elton John and actors Viola Davis, Helen Mirren, and Al Pacino, all need a Grammy to achieve the status. With inputs from agenciesRead all the Latest News, Trending News, Cricket News, Bollywood News, India News and Entertainment News here. Follow us on Facebook, Twitter and Instagram. .
Source:
firstpost
URL:
https://www.firstpost.com/explainers/from-potus-to-half-an-egot-what-is-barack-obamas-latest-achievement-11196191.html
Prev Post
Next Post