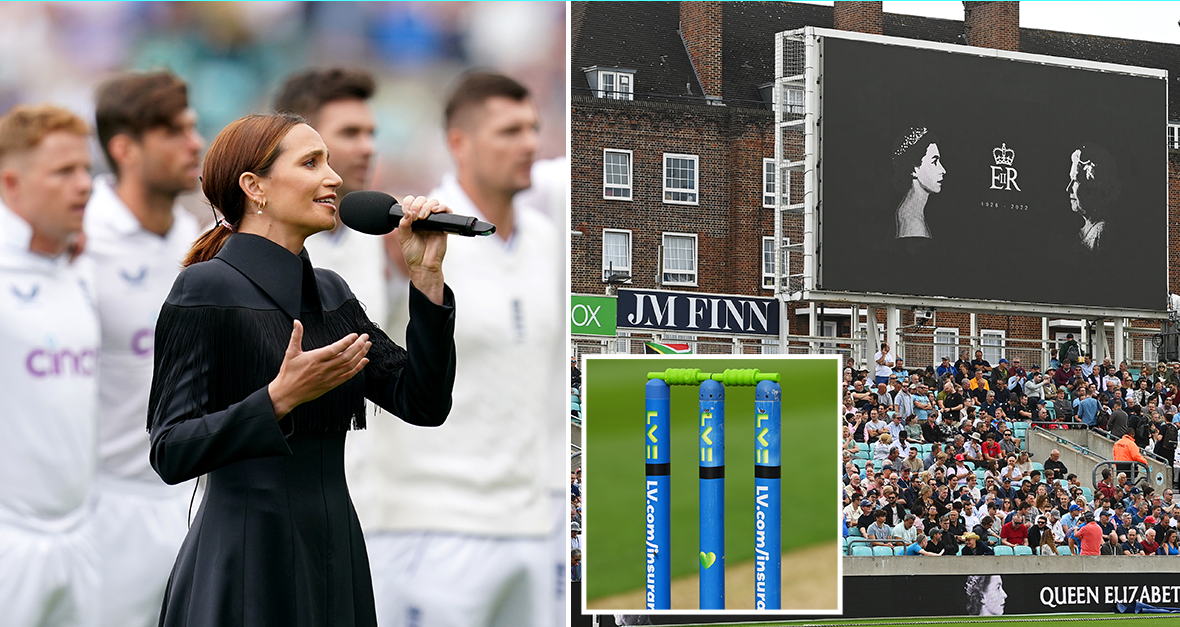 England cricket fans impeccably observed a minute’s silence for the Queen at The Oval (Picture: Getty) Gary Lineker questioned the decision to axe this weekend’s football fixtures after watching cricket pay an emotional tribute to Queen Elizabeth II at The Oval on Saturday. The Premier League announced on Friday it would postpone all 10 matches due to be played on Saturday and Sunday as a show of respect following the death of the long-serving monarch. Fans have been almost totally united in their frustration at seeing games across the country, even at grass roots level, called off, especially after the separate rugby, golf and cricket governing bodies took the decision to carry on. A capacity crowd at The Oval observed an impeccable minute’s silence, before Ben Stokes and his side belted out an emotional and historic rendition of God Save the King. Watching on as the third Test between England and South Africa resumed on Saturday morning, Match of the Day host Lineker wondered whether football had ‘missed an opportunity’. ‘Given the wonderful and moving scenes at The Oval, it feels a real shame that football is not taking place this weekend, therefore missing the opportunity to pay its respects,’ he wrote on Twitter. The Football Supporters’ Association has called for fans left out of pocket by the postponement of matches following the Queen’s death to be treated sympathetically. The Oval stands to sing ‘God Save the King’. pic. twitter. com/sI87bQyaH0— Sky Sports Cricket (@SkyCricket) September 10, 2022 Malcolm Clarke, chair of the FSA, has urged rail chiefs and the football authorities to ensure supporters due to travel to away games this weekend do not lose out as a result of the decision to suspend the programme as a mark of respect. Clarke said: ‘There’s a big question there about refunds, advance train tickets that have been booked for away games and all of that. We would certainly expect the rail industry and the football authorities to take a very sympathetic view of that. ‘It’s not a good time to ask fans to spend money on things that don’t happen. ’ England took advantage of the resumption to take a vice like grip on the third Test (Picture: Getty) The FSA said in a statement on Friday: ‘We believe football is at its finest when bringing people together at times of huge national significance – be those moments of joy or moments of mourning. ‘Our view, which we shared with the football authorities, is that most supporters would have liked to go to games this weekend and pay their respects to the Queen alongside their fellow fans. ’ Competitors, officials and spectators as the BMW PGA Championship at Wentworth and the Betfred Super League play-off eliminator between Huddersfield and Salford were able to do just that. Asked if that reinforced the FSA’s view, Clarke, who admitted there was a range of views even within its membership, said: ‘We feel that there were other ways of paying tribute that would have actually been more meaningful than simply calling everything off, particularly with things like kids’ football. ‘I’m sure that the youngsters could have found better ways of doing it than sitting at home on their Xboxes or going out with their parents to alternative events. ’ MORE : England’s cricketers belt out historic rendition of God Save the King MORE : England managers Gareth Southgate and Sarina Wiegman pay tribute to Queen Elizabeth II For more stories like this, check our sport page. Follow Metro Sport for the latest news on Facebook, Twitter and Instagram. .
Source:
metro
URL:
https://metro.co.uk/2022/09/10/gary-lineker-regrets-footballs-missed-opportunity-as-cricket-goes-ahead-17345594/
Prev Post
Next Post