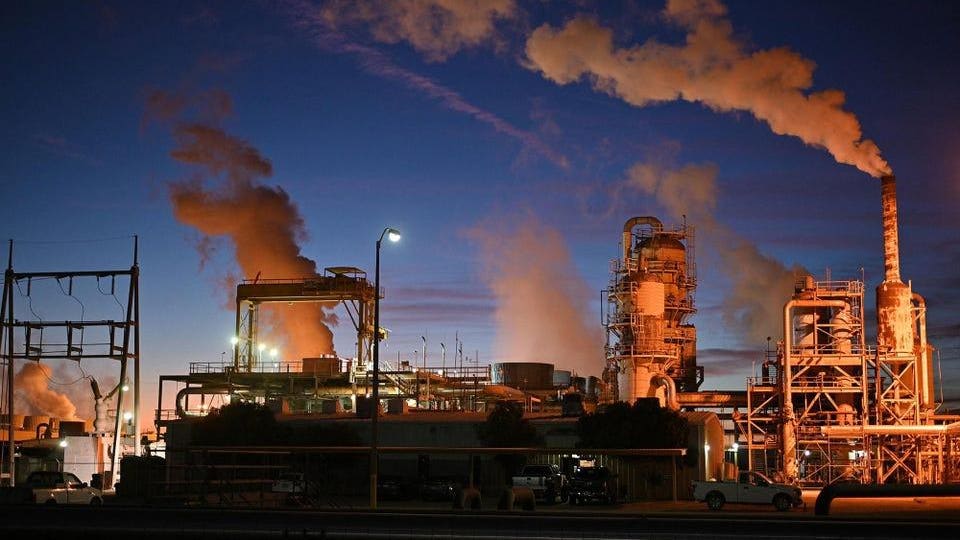 This week’s Current Climate , which every Saturday brings you the latest news about the business of sustainability. Sign up to get it in your inbox every week. E arlier this week , the city of Sacremento, CA hit a new all-time heat record: 116 degrees. All throughout the West this week, previous temperature records have been shattered–in the month of September, which is not typically the warmest month of the year in the region. Writing for Forbes , meteorologist Dr. Marshall Shepherd notes that heat waves like that in the west this week and the one in Europe a few weeks ago will become increasingly common due to climate change. And that raises questions about the human cost of global warming. “How many workers are being subjected to that heat? How many homeless or poor communities have insufficient options to cool themselves or seek medical attention for heat-related illnesses? How will the energy grid hold up?” Shepherd writes. “These are questions facing our new climate reality and ultimately why it matters. ” The White House announced on Thursday that crypto mining operations in the U. S. are on track to consume as much energy as all of the nation’s home computers, necessitating formalized measures for curbing the industry’s power demands. A new report issued by the White House Office of Science and Technology Policy addressed environmental concerns that industrial-scale crypto miners could strain local and federal energy grids, and undermine global climate change efforts. Read more here. Researchers have found that family farms can reduce their carbon emissions in a very simple way: just give their cows more pasture time . Tech firm BreezoMeter has launched an API platform called Cleanest Route, which uses GPS to give people driving directions for routes that provide the least exposure to air pollution. New research data shows that the massive Thwaites Glacier in West Antarctica could retreat even faster than previously thought , which could dramatically raise global sea levels. 100% Renewable: Social media giant Pinterest announced that it plans to make all of its facilities powered 100% by renewable energy by next year. Gigawatt Solar: Earlier this week, clean energy startup Arcadia Power announced that it had become the first community solar power provider to have over 1 gigawatt of available energy production. Sustainable Transition: On Sunda, the CMA CGM Group announced that its creating a fund budgeted at $1. 5 billion for the next five years, which will be investing in solutions to transition supply chain and logistics services in more sustainable directions. On September 20 , Forbes will convene the boldest business leaders who are driving a new wave of sustainable growth through disruptive processes, products, policies and people. Join us in New York City to learn from and meet the changemakers who are taking the economy into the next century and into a greener, healthier world. Confirmed speakers include: Michel Doukeris, CEO of AB InBev; Lisa Dyson, CEO of Air Protein; and Roger Martella, Chief Sustainability Officer of GE. Are solar panels headed for space? (Popular Science) Climate Change Is Ravaging the Colorado River. There’s a Model to Avert the Worst. (New York Times) It’s Time to Make Cities More Rural (Wired) T esla has set the standard for electric cars for the past decade, but there’s one important thing it hasn’t yet mastered: affordability. It’s cheapest vehicle, a base version of the Model 3 sedan, costs nearly $50,000 before taxes (and the pricing $15,000 Autopilot/FSD option) and its top-seller, the Model Y hatchback starts at $66,000. So it’s surprising that General Motors, the company that inspired Tesla’s creation after it killed off its first EV 20 years ago, is speeding past Elon Musk with a new electric version of its Equinox crossover with a base price less than half the Y’s and up to 300 miles of range per charge. Civic-minded organizations like the Rotary Club regularly hold a range of events to help out the community, schools and hospitals but now the group wants to keep used batteries, cell phones and miscellaneous electronics out of landfills and, ideally, help get the valuable materials they continue recycled. Redwood Materials, the recycling and battery materials company led by Tesla cofounder, is expanding a program with Rotary across the U. S. that it thinks will help it collect tens of thousands of pounds of additional e-waste from which it can extract lithium, nickel, cobalt and other high-value metals that it can turn into new EV batteries. Read more here. Amazon-Backed Rivian And Mercedes-Benz Are Partnering To Make Electric Vans Harbinger To Unveil Innovative Platform For Electric Medium-Duty Trucks At Detroit Auto Show Uber Taps Nuro’s Street-Legal Robots For Food Deliveries Toxic Travel Chaos Impacts People With Disabilities Bike Lanes Don’t Make Cycling Safe For More Sustainability Coverage, Click Here. .
Source:
forbes
URL:
https://www.forbes.com/sites/alanohnsman/2022/09/10/gms-affordable-electric-car-cryptos-energy-impact-and-rotarys-battery-recycling/
Prev Post
Next Post