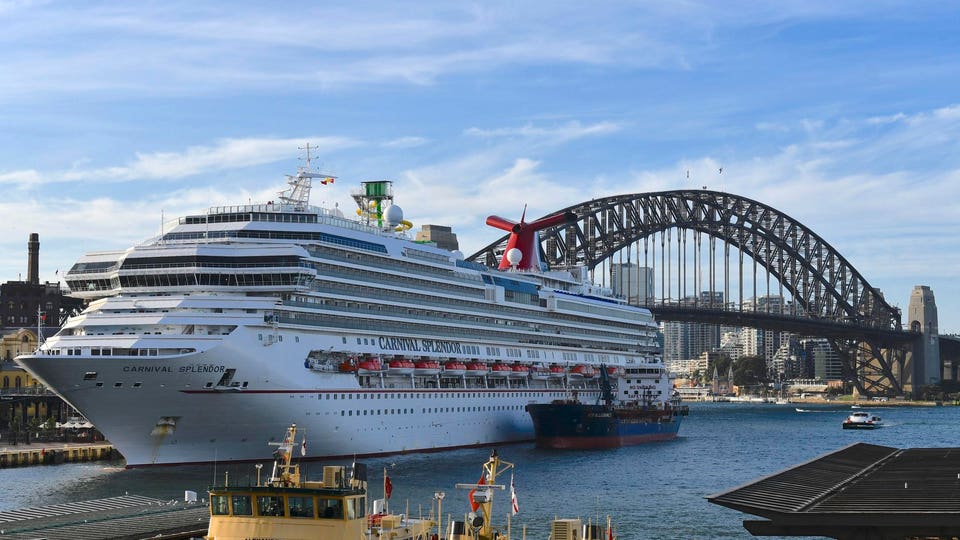 Retail Harding Will Become Carnival Cruise Line’s Biggest Retail Partner By March 2023 Kevin Rozario Contributor Opinions expressed by Forbes Contributors are their own. I cover retail and the global traveling shopper. Following New! Follow this author to stay notified about their latest stories. Got it! Sep 6, 2022, 06:39pm EDT | Share to Facebook Share to Twitter Share to Linkedin Cruise ship Carnival Splendor at the Overseas Passenger Terminal in Circular Quay in Sydney, . . . [+] Australia. (Photo by Izhar Khan/NurPhoto via Getty Images) NurPhoto via Getty Images Cruise retailer Harding has expanded its relationship with Carnival Cruise Line (CCL) through a deal that will see the UK-based company take charge of the onboard shopping offer across an extra five ships between now and March 2023, bringing the total to 13. By then, Harding Retail will become Carnival Cruise Line’s single biggest retail partner, running store operations on more than half of the fleet. The five ships that will transition currently have onboard retail concessions with Germany-based Heinemann and LVMH-owned Starboard Cruise Services. Harding CEO James Prescott said: “We have worked hand-in-hand to return to full service. The award of the additional ships is proof of Carnival’s faith in us. ” Harding has partnered with CCL since 2015 and, with the parent group, Carnival Corporation, for more than 30 years. Data-led commercial model Key to the expanded partnership is a new commercial model backed by a data and insight program that Harding has developed over the past five years. According to Harding it allows the retailer to pinpoint the correct customer proposition and commercial model for a cruise line’s specific needs. In a statement, Jeremy Schiller, vice president of retail operations for Carnival Cruise Line, said: “The Harding team has demonstrated a depth and breadth of expertise in cruise retail and a collaborative approach that is key for long-term success. ” The cruise line simplified its Covid-19 protocols in mid-August, helping to lift bookings which, through the end of 2022, “have been very solid” according to CCL’s president Christine Duffy. MORE FOR YOU ‘No Christmas Trees, No Christmas Trees’ Another Shortage May Be On The Way The Grocery Business Is Going To Get Much More Competitive Costco Addresses Supply Chain Pains By Chartering Their Own Ships This is welcome news for Harding as it rolls out on the new ships. While the retailer did not reveal further details of its new model or insights program, a spokesperson told Forbes. com : “We’re now working in a partnership where our objectives are aligned, and where we’re able to create a retail proposition for the guests based on what they want, rather than what we’re (profitably) able to sell. While we can’t go into the commercial specifics, it’s fair to say that this is a long-term, true partnership which will benefit guests, the cruise line, the retailer, and brands. ” Being data-led and customer-centric is nothing new in High Street retail, but in travel retail and the cruise business it is still a developing area. Harding has spent the past five years executing over 20,500 guest surveys on dozens of cruise ships. “Adding that to the cruise line data that is shared is giving us some pretty powerful insights which we are using to inform the retail proposition,” said the Harding spokesperson. With central hubs in Sydney, Australia; Bristol, U. K. ; and Miami, Harding has been able to expand its presence across more than 20 different cruise lines across the globe, including more than 100 cruise ships. Under pressure Carnival’s share price has been under pressure since the pandemic grounded the cruise business for many months. On Tuesday the stock languished at under $10 , driven in part by a July capital raise to address 2023 debt maturities. The company has a portfolio of nine leading cruise lines including Princess Cruises, Holland America Line, P&O Cruises, Costa Cruises, and Cunard. On a positive note, in April, Miami-based trade body, Cruise Lines International Association (CLIA) forecast that passenger volumes were expected to recover and surpass 2019 levels by the end of 2023. Kelly Craighead, CLIA’s president and CEO, said: “As the industry resumes operations, volumes are projected to recover 12% above pre-pandemic levels by the end of 2026. ” Consumer research from CLIA has also revealed the surprising finding that Millennial cruisers are the most enthusiastic about taking another cruise, with 87% indicating they will take one in the next few years, followed by Gen X at 85%. Follow me on Twitter or LinkedIn . Kevin Rozario Editorial Standards Print Reprints & Permissions.
Source:
forbes
URL:
https://www.forbes.com/sites/kevinrozario/2022/09/06/harding-will-become-carnival-cruise-lines-biggest-retail-partner-by-march-2023/
Prev Post
Next Post