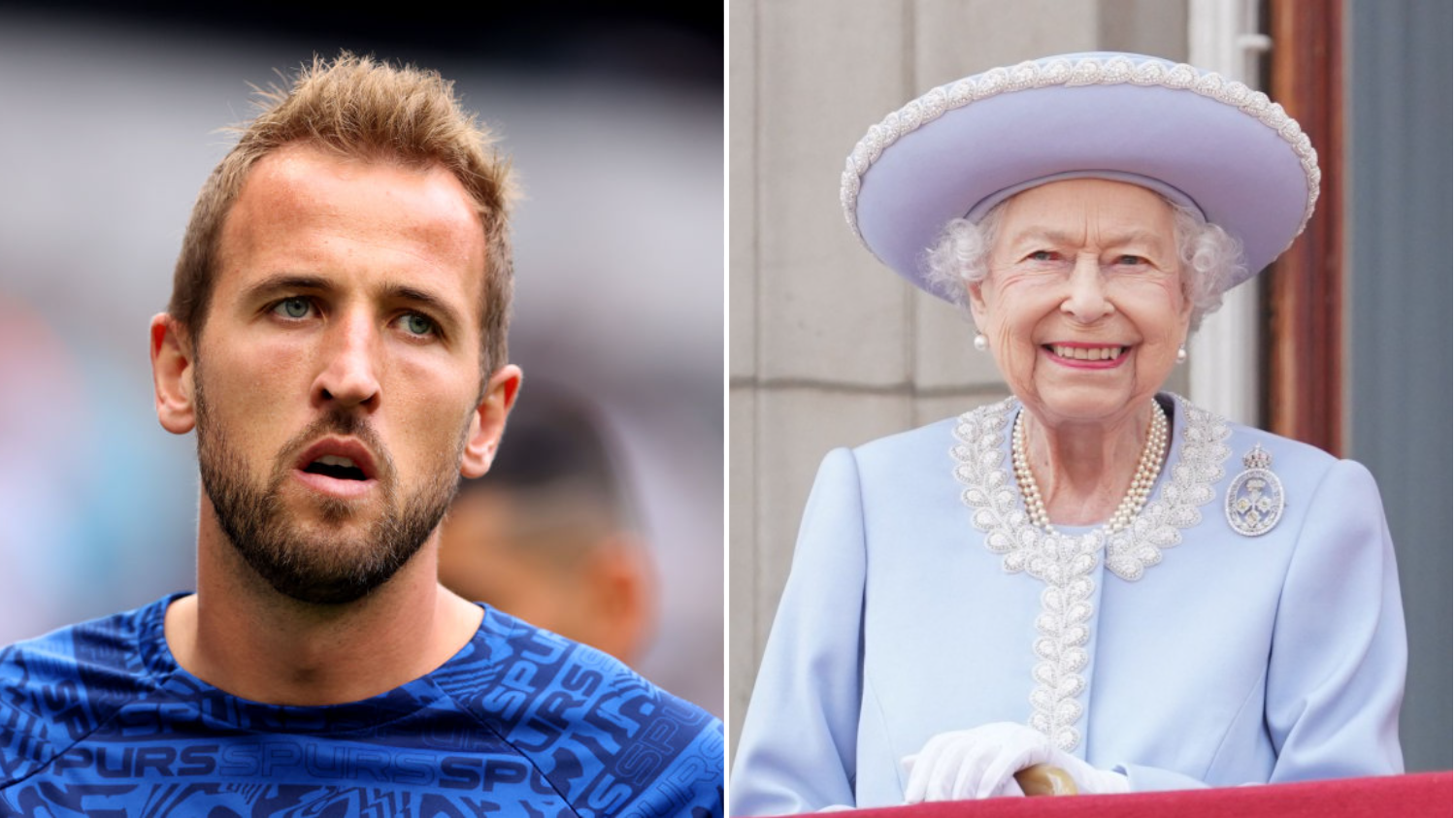 England football captain Harry Kane and champion boxer Anthony Joshua led the sporting tributes to Queen Elizabeth II after the UK’s longest-serving monarch died at the age of 96. The Queen reigned for 70 years after coming to the throne in 1952. Following her death, her eldest son Charles, the former Prince of Wales, will lead the country in mourning as the new King. In a statement, Buckingham Palace said: ‘The Queen died peacefully at Balmoral this afternoon. ‘The King and the Queen Consort will remain at Balmoral this evening and will return to London tomorrow. ’ The sporting world has begun paying tribute to the Queen, with England and Tottenham striker Kane calling Her Majesty an ‘amazing inspiration’. My thoughts are with the Royal Family at this very difficult time. The Queen was an amazing inspiration and will be remembered for her incredible years of service to this country. Rest in peace, Your Majesty. https://t. co/Tj0NrDpWBo Her Majesty Queen Elizabeth II has died after 70 years on the throne, with her death announced by Buckingham Palace on September 8, 2022. She died at the age of 96 surrounded by her family at her home in Balmoral, including her son and heir to the throne Charles, the Prince of Wales , and her grandsons, the Duke Of Cambridge, Prince William and the Duke of Sussex, Prince Harry. Follow Metro. co. uk's live blog for the latest updates. Former England footballer Gary Lineker added: ‘Such a terribly sad day. Her Majesty The Queen has died. ‘A truly remarkable woman who served her country with dignity, loyalty and grace. A comforting ever present in the lives of most of us. Rest In Peace, Your Majesty. ’ Brazilian football legend Pele, meanwhile, said: ‘I have been a great admirer of Queen Elizabeth II since the first time I saw her in person, in 1968, when she came to Brazil to witness our love for football and experienced the magic of a packed Maracana. Her deeds have marked generations. This legacy will last forever. ’ Rest In Peace ð¤ https://t. co/Nu5i6f0h8Y Manchester United shares the sorrow of the entire nation following the announcement from Buckingham Palace on the passing of Her Royal Highness The Queen Elizabeth II. pic. twitter. com/QwLRZ9z4yf Thoughts & prayers with my Queen tonight, may God be with you. ð ð´ó §ó ¢ó ¥ó ®ó §ó ¿ ð¬ð§ pic. twitter. com/JpVxQDRCW2 We wish to convey our deepest sympathy and heartfelt condolences to The Royal Family on the sad passing of Her Majesty The Queen. The England and Wales Cricket Board is deeply saddened at the death of Her Majesty Queen Elizabeth II. The thoughts of everyone involved in the game are with the whole Royal Family. We are deeply saddened to hear of the passing of Her Majesty The Queen. Along with many of our supporters today, we will be taking time to mourn and reflect on Her Majestyâs incredible life and devoted service. I know the monarchy often divides opinion, but to me The Queen was an inspiration and someone I admired hugely, she also demonstrated qualities that can be rare to find these days ð #RIPQueenElizabeth https://t. co/rOS60SdJYd Marylebone Cricket Club is greatly saddened by the death of Her Majesty The Queen. On behalf of the MCC Committee, our Members and staff, past and present, we offer our deep and sincere condolences to HRH The Prince of Wales and other members of the Royal Family. pic. twitter. com/VuwDlVmN5B Rest in peace, your majesty ð¬ð§ðâ¤ï¸ https://t. co/kilg3ZX6de Manchester United will play Real Sociedad in the Europa League on Thursday night and confirmed a minute’s silence would be held at Old Trafford before the match. A statement from the Premier League club said: ‘Manchester United shares the sorrow of the entire nation following the announcement from Buckingham Palace on the passing of Her Majesty, The Queen. ‘The club recognises her immense contribution to public life, including sport, both here in the United Kingdom, across the Commonwealth, and around the world. ‘Everyone connected with Manchester United joins the wider football family in sending our deepest condolences and heartfelt sympathy to The Royal Family. Thomas Tuchel rejected approach from Chelsea's Premier League rival before sacking Rio Ferdinand tips former Liverpool boss for Chelsea job and reveals Graham Potter worry Jamie Carragher and Thierry Henry call out Chelsea star: 'He's not good enough' ‘Following direction from the FA and UEFA, tonight’s UEFA Europa League fixture against Real Sociedad will take place as planned at Old Trafford. ‘A minute’s silence will be held before kick-off which will allow the teams, match officials and everyone in attendance to pay their respects to Her Majesty, The Queen. ‘Both teams will wear black armbands and the flags at Old Trafford will fly at half-mast as a sign of our utmost respect. ’ MORE : Prince William becomes new heir to the throne following Queen's death MORE : Queen Elizabeth II obituary: How a young princess came to define a nation For more stories like this, check our sport page . Follow Metro Sport for the latest news on Facebook , Twitter and Instagram . .
Source:
metro
URL:
https://metro.co.uk/2022/09/08/queen-elizabeth-death-harry-kane-anthony-joshua-lead-sporting-tributes-17329065/
Prev Post
Next Post