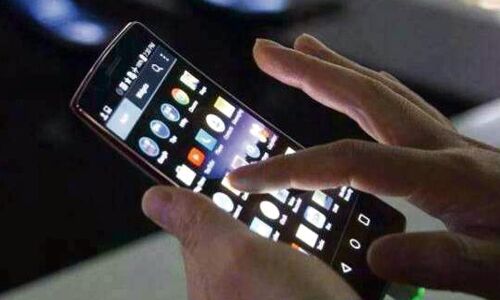 For representational purposeFor representational purposeIllegal lending apps are flooding the Google Play store and the Apple app store. Recently, incidents of harassment by loan application agents have significantly increased. Recently, a couple allegedly committed suicide after being harassed by loan application agents. As a result, the Indian government announced that it would take strict measures to crack down on the country's illegal/unauthentic loan applications. These illegal loan applications offer loans to customers with no credit score and little savings, using unethical means to get their money back. To recall, just a few months ago, Google blocked over 2,000 unethical loan applications in India. On Friday, the Ministry of Finance expressed concern over the growing number of illegal lending apps on Google Play and the Apple app store. The ministry announced that the Reserve Bank of India (RBI) would prepare a "whitelist" of all legal apps. The IT ministry will ensure that only the whitelisted ones are available on the Google Play Store and AppleAppStore. "RBI will prepare a 'Whitelist' of all legal apps, and MeitY will ensure that only these 'Whitelist' apps are hosted on app stores," PBI noted in its official press release. The decision comes after union finance, and corporate affairs minister Nirmala Sitharaman chaired a meeting to discuss the issues related to "illegal loan applications" outside regular banking channels. The meeting was attended by the Secretary of Finance, Ministry of Finance; Secretary for Economic Affairs; Secretary of Finance and Corporate Affairs (additional charge); Secretary, Financial Services; Secretary, Electronics and Information Technology; Lieutenant Governor, RBI; and Executive Director, RBI. Ms Sitharaman expressed her concern about "increasing instances of illegal loan apps offering loans/micro credits, especially to vulnerable & low-income group people at exorbitantly high-interest rates and processing/hidden charges, and predatory recovery practices involving blackmailing, criminal intimidation etc. " The Finance Ministry also stated "the possibility of money laundering, tax evasions, breach/privacy of data, and misuse of unregulated payment aggregators, shell companies, defunct NBFCs, etc. for perpetrating such actions. "In addition to preparing the "whitelist" of all legal applications, RBI will also monitor "mule/lease accounts" that may have been used for money laundering and review/cancel dormant NBFCs to prevent misuse. In addition, the RBI will ensure that the registration of payment aggregators is completed within a timeframe and that no unregistered payment aggregators can function after that. The MCA will also identify shell companies and cancel them to prevent misuse. Sitharaman said steps would be taken to increase cyber awareness among customers, bank employees, law enforcement agencies and other stakeholders. She also ordered all ministries or agencies to take all "possible actions to prevent the operations of such illegal loan applications. ".
Source:
thehansindia
URL:
https://www.thehansindia.com/technology/tech-news/indian-government-to-ban-all-illegal-loan-apps-761210
Prev Post
Next Post