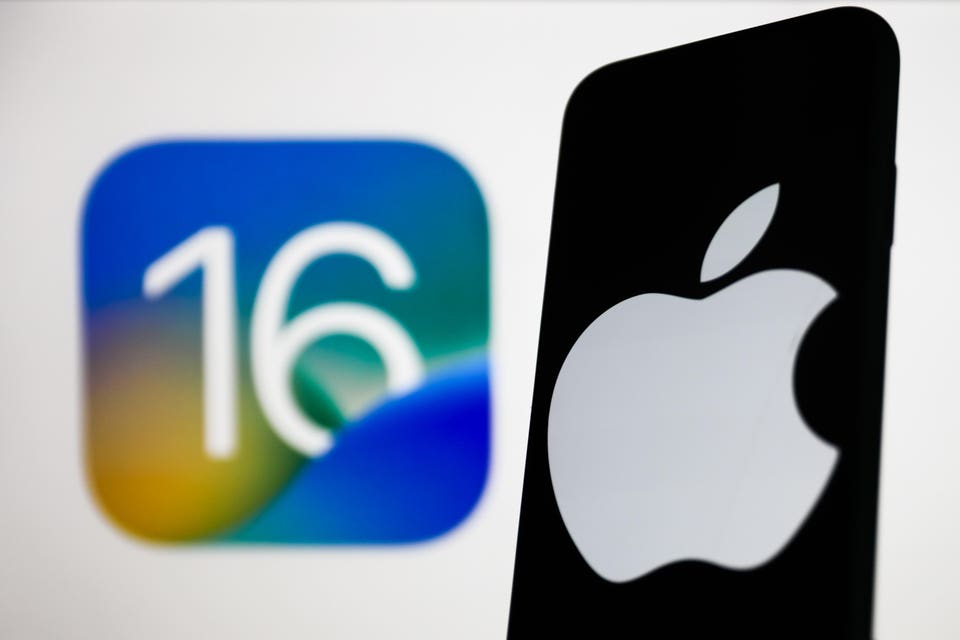 Cybersecurity iOS 16—Brilliant New iPhone Features Arriving Any Minute Now Kate O'Flaherty Senior Contributor Opinions expressed by Forbes Contributors are their own. Straight Talking Cyber Following New! Follow this author to stay notified about their latest stories. Got it! Sep 10, 2022, 06:30am EDT | New! Click on the conversation bubble to join the conversation Got it! Share to Facebook Share to Twitter Share to Linkedin Apple’s iOS 16 will launch any minute now after being confirmed at the iPhone maker’s Fall event . According to Apple , iOS 16 will be available on September 12, and the latest iPhone software comes with a bunch of brilliant new features that will be game-changing for your security and privacy. Here are the best iPhone features coming with iOS 16. Rapid Security Response Currently, Apple’s security updates come alongside features upgrades—although the iPhone maker is increasingly issuing separate emergency fixes such as iOS 15. 6. 1 . Fearing iPhone bugs, many Apple users are left to decide between security and functionality when a new iOS version comes out. Enter iOS 16’s Rapid Security Response , Apple’s answer to fixing security quickly and separately from general software updates. “Now your iPhone will get important security improvements between normal software updates, so you automatically stay up to date and protected against security issues,” Apple says. Passkeys Passkeys are generating lots of headlines—and for a good reason. Coming in iOS 16, Passkeys are end‑to‑end encrypted and sync across Apple devices through the iCloud Keychain password manager. Among the benefits, Apple’s solution to obliterate the password makes it hard for you to become a victim of phishing and keeps your credentials safe from website leaks. “Your private key is never kept on a web server, so you don’t have to worry about website leaks compromising your accounts,” according to Apple. MORE FOR YOU iOS 15: Apple Issues 22 Important iPhone Security Updates Widely-Used Hikvision Security Cameras Vulnerable To Remote Hijacking iOS 15 Is Available Now With These Stunning New iPhone Privacy Features Passkeys should be easy to use, too. From iOS 16, you can sign in to websites or apps on other devices, including non‑Apple ones, with your saved passkey by scanning the QR code with your iPhone or iPad and using Face ID or Touch ID to authenticate. Unsend Messages Apple fans have been asking for the ability to unsend messages for some time, and with iOS 16 the iPhone maker has finally launched this feature. You can edit a message for up to 15 minutes after sending it and you can unsend a message for up to two minutes after it’s sent. Users can make up to five edits to a given message—although be aware that recipients will be able to see a record of this. Apple’s iOS 16 will launch any minute now after being confirmed at the iPhone maker’s Fall event. NurPhoto via Getty Images Lockdown Mode Lockdown Mode is, in reality, something that makes great headlines for Apple as it launches iOS 16, but most of us won’t use it. Apple says Lockdown Mode provides “extreme protection for the very small number of users who face grave, targeted threats to their digital security. ” The idea of the feature is to lock down your iPhone so much that it won’t be targeted by spyware. Unfortunately, Lockdown Mode makes your device almost unusable, so approach it cautiously. Safety Check Safety Check is a useful privacy feature available in iOS 16 aimed at those who may be at risk from a controlling or abusive partner. More broadly, it can be used as a quick check to help lock down your iPhone. Using Safety Check, you can reset the access you’ve granted others, change system privacy permissions for apps, and restrict Messages and FaceTime to the device. In short Several other iOS 16 privacy and security features are also worth noting. Firstly, apps will ask for permission before accessing the pasteboard to paste content from another app. Meanwhile, in Photos, your Hidden and Recently Deleted albums are locked by default and can be unlocked using Face ID, Touch ID, or your passcode. There isn’t long to wait—iOS 16 is out on September 12, when you’ll be able to try out these brilliant new iPhone features. Stay tuned for more Apple analysis, including the iOS 16 security fixes, reviews and demos. Follow me on Twitter or LinkedIn . Kate O'Flaherty Editorial Standards Print Reprints & Permissions.
Source:
forbes
URL:
https://www.forbes.com/sites/kateoflahertyuk/2022/09/10/ios-16-brilliant-new-iphone-features-arriving-any-minute-now/
Prev Post
Next Post