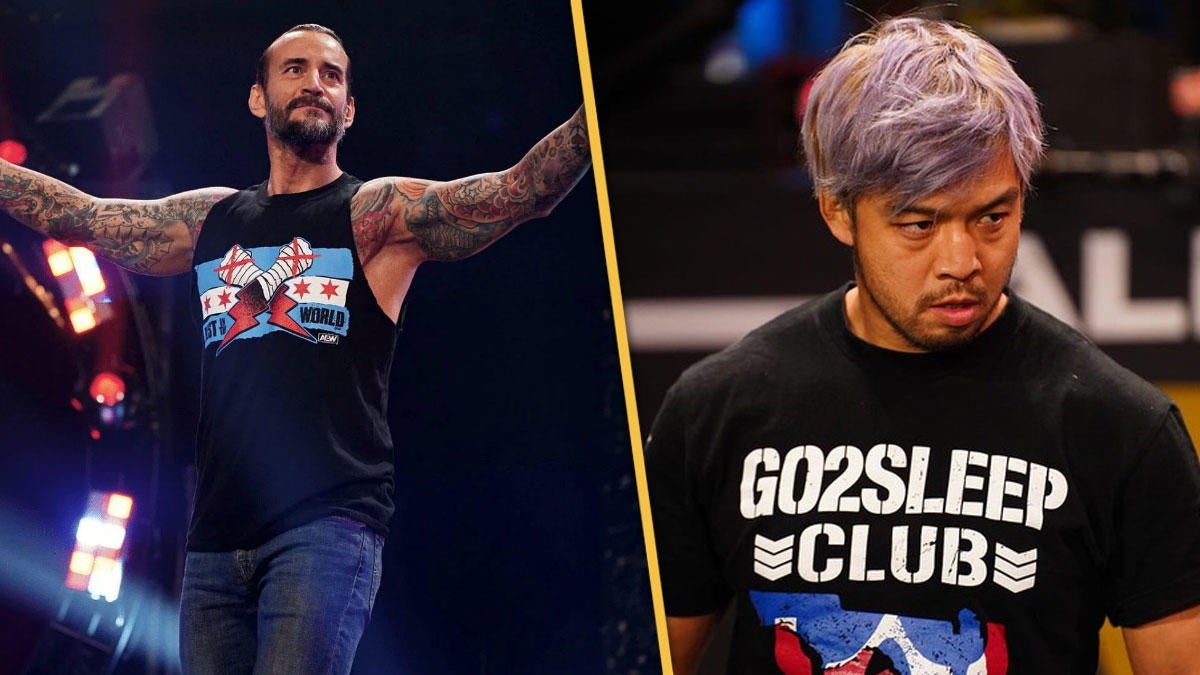 CM Punk has been at the center of much discussion within the wrestling world and amongst AEW fans since All Out and the brawl that occurred afterward, and that continues to be the case a full week later. One of the people to weigh in on Punk's AEW tenure was Bobby Fish , who was previously in a match against Punk and revealed that Punk's attitude rubbed him the wrong way after their match, and in a recent interview he also brought up Punk's finisher. Fish brought up the fact that Punk is using the GTS as his finisher, which is Kenta's finisher, and now Kenta has weighed in as well. In hsi interview with NBC Sports Boston's The Ten Count, Fish said "Not to mention, the move he finished me with, it's not his, it's KENTA's. Phil, you took a man's finishing move," Fish concluded. "Anyone who knows pro wrestling knows that's f--ked up. You weren't even decent enough to change the name. " Hey Bobby. You are 100% right. pic. twitter. com/p6nizBc5Rx — KENTA aka Lil’K (@KENTAG2S) September 10, 2022 Kenta shared that excerpt from the interview and agreed completely with Fish, writing on Twitter "Hey Bobby. You are 100% right. " Punk hasn't commented on Fish's comments yet or the brawl that took place during the All Out media scrum. Fish's interview also included his thoughts on Punk's attitude after their match, and he wasn't a big fan of how things played out. "I'm working for AEW, they're paying my check, you ask me to put my shoulders down for Phil Brooks (CM Punk), I go out and do it. Interestingly enough, there was a little whatever in the match we had, and Phil was. . . after the match, Phil was a c--t," Fish said. "Frankly, as a martial artist, I went out and laid my shoulders down for you, you should be grateful that I did because on national TV, if I decided that I wanted to f--king Haku your a--, I could have because you're that little of a threat in my world. I'm not Jon Jones or Anderson Silva, but I've been doing martial arts long enough to where I can hold you like a wet nap Phil Brooks. For you to be c--ty after, for a mistake you made, it doesn't wear well. " "Phil is not a bad pro wrestler, but what Phil is not, is a martial artist. I've been doing martial arts since I was eight years old, so I take a lot of pride in it. It's something that I'll do until the day I die. There are other people within pro wrestling, Bryan Danielson, Kyle O'Reilly, people that train, and they put that into their pro wrestling," Fish said. "CM Punk is not a martial artist. He went on pay-per-view and showed the world that he's not a martial artist. He is a pro wrestler. Go out, tackle, drop down, leapfrog, give it again. All good. In that lane, he has talent. When it comes to martial arts, you're insulting the audience's intelligence because we're supposed to be creating an atmosphere where you suspend your disbelief. It's insulting for you, as one of my co-workers or peers, as a martial artist, you're asking me to go out and sell and put over your bunk-ass martial arts. It's insulting to the audience, it's an insult to me. " 0 comments You can hear us break down the entire CM Punk situation in AEW on ComicBook Nation in the video above. What do you think of Kenta and Fish's comments on CM Punk and the GTS? Let us know in the comments!.
Source:
comicbook
URL:
https://comicbook.com/wwe/news/aew-kenta-responds-bobby-fish-cm-punk-finisher-comments/
Prev Post
Next Post