Keralites in Mumbai all set to celebrate Onam 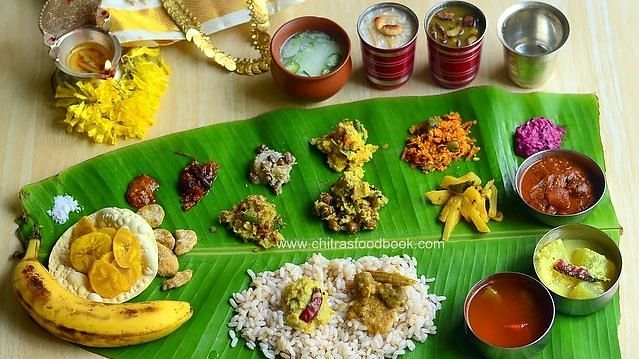 Mumbai: At Dr. Bejoy Kutty's home in Mulund, the mood is already set for a grand feast. The family will be having a traditional Onam Sadya feast with family and friends prepared at home to mark Kerala's trademark festival. Celebrated mainly by people from Kerala, Onam marks the coming of demon king Mahabali. Legend has it that he was granted a boon to visit his subjects once every year. That day is celebrated as Onam. The story goes that king Mahabali, a powerful demon once ruled heaven and earth and was about to establish his hold on all the worlds. To stop him, Lord Vishnu came in the guise of Vaaman avatar and soughtland measuring three steps. With the first one, he measured heaven, the other he measured earth. When he asked Mahabali where he could place his third step,the king bowed before him and offered his head. Lord Visnhu placed his foot on the king's head and pushed Mahabali into pataal lok (nether world). Having taken everything from him,Lord VishnuaskedMahabali to seek a boon. "He is thengranted a boon that he can visit his subjects, a boon none was ever granted before. He is remembered for eternity this way. When King Mahabili ruled, all his subjects were happy. There was prosperity. Normally this is also the harvest season. People are happy, the rain god has been benevolent, people have done their sowing," said Dr. Kutty. People make elaborate Pookolam (flower patterns) outside their homes early in the morning. Though not necessary, many visit temples intraditional attire. Men wear "Mundu" or a silk dhoti women wear "Pamundu", a white silk saree with golden zaree border. "We go to the temple mainly to seek blessings of Lord Guruvayoor and meet family and friends. It is a sort of get-together in a traditional manner," said K A Viswanatha, a Matunga resident Asthika Samaj Guruvayoor Temple in Matunga is one place where many throng on this day. "People start arriving very early in the morning. Our temple opens at 5 am. There is no special prayer or ritual as such. People just come in large numbers to visit," said K Ramakrishnan, trustee, Asthika Samaj Kochu Guruvayoor Temple, Matunga. Members of the All Mumbai Malayali Association will make a 600 sq ft Pookolam at CST. "Wehave alreadystarted preparation by separating petals of the flowers which will be used for making colourful patterns to welcome King Mahabali," said Jojo Thomas,president of All Mumbai Malayali Association. Onam is synonymous with an elaborate Sadya or vegetarian lunch on banana leaf, that all look forward to, which is prepared at home or ordered or people go out to places especially serving the festive fare. "Celebrations have already started and will go onfor four days. Today we had a mini Onam Sadya. For Onam day we have Thiruvonam. It is done only once a year and we serve it on banana leaves. Over 20 items are given," said C H Bashir, manager of Delux Kerala Restaurant at Fort. Mani'sLunch Home, another popular place is organising a sit-inlunchafter a gap of two years. "We are serving lunch for around 1,000 people in Chembur Fine Arts Hall. Anyone who wants to taste Onam in a traditional way can come," said Venkatesh Rajamani, a member of Mani's family. Mumbai Kerala Samaj makes it a point to not have celebrations on the day of Onam as most people are busy on this day. "We will celebrate it on September 18 because on Onam day people are busy celebrating at their homes. On September 18, there will be floral decoration, cultural activities, felicitating students from the community, traditional dance performances like Kathak, Bharatnatyam, Mohiniyatam and Thiruvathira Kali that are performed in Kerala," said Vinod Nair, secretary of Bombay Kerala Samaj. .
Source:
freepressjournal
URL:
https://www.freepressjournal.in/mumbai/keralites-in-mumbai-all-set-to-celebrate-onam
Prev Post
Next Post