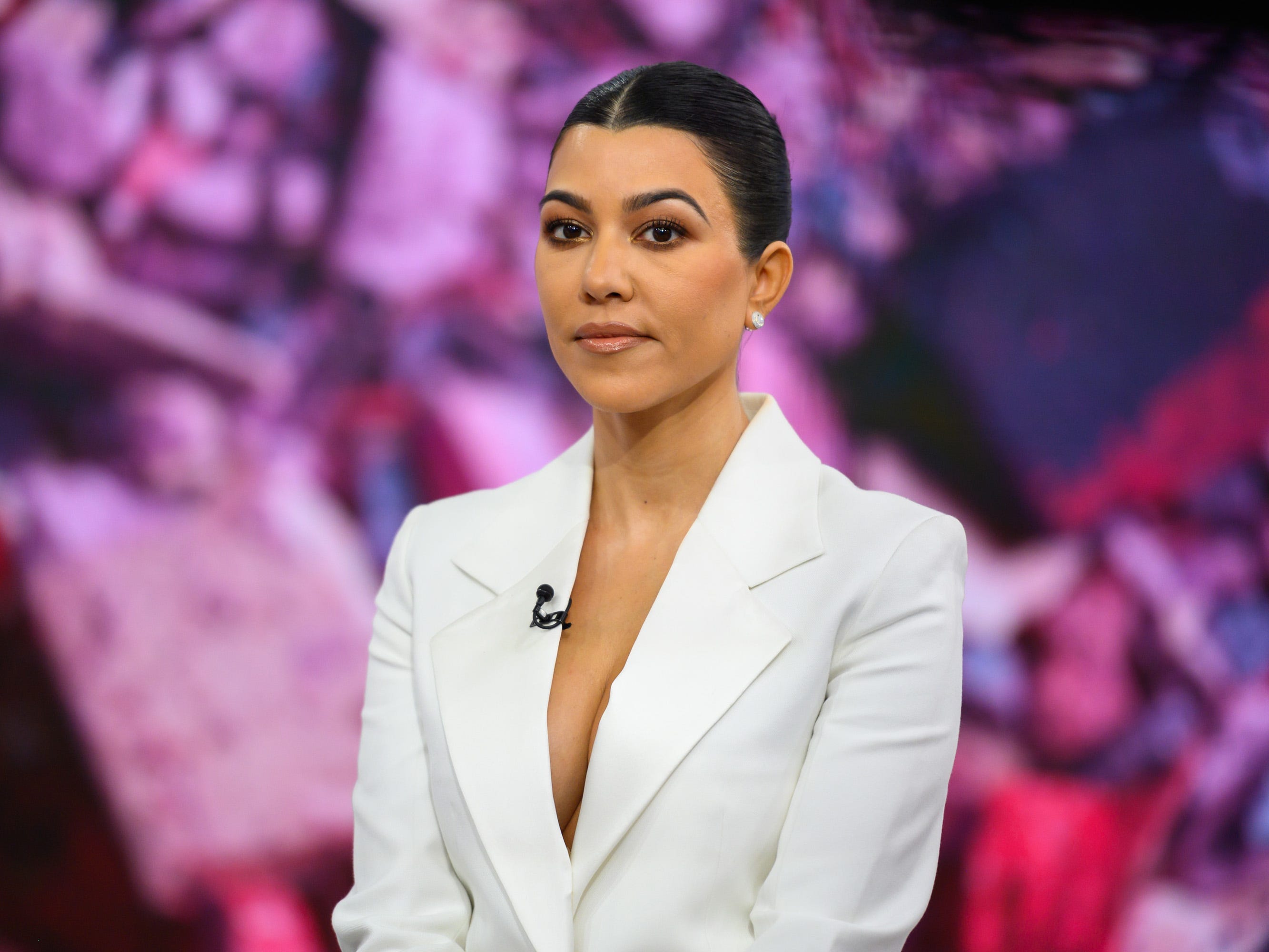 Kourtney Kardashian stars on "Keeping Up With the Kardashians. "NBC/Getty Images Kourtney Kardashian Barker is Boohoo's new sustainability ambassador.   Boohoo's is a fast-fashion giant once investigated for paying its workers as little as $4 an hour.   In response, fashion watchdog Diet Prada said the reality star hadn't done her "research. " Kourtney Kardashian Barker is being called out for not doing sufficient research into Boohoo, a fast-fashion brand in the UK, before signing on as its new sustainability ambassador. On Tuesday, WWD announced her collaboration with Boohoo on a 46-piece sustainable collection, set to be debuted at New York Fashion Week on September 13. In a statement shared with the outlet, Kardashian Barker said she initially expressed concern "about the effects of the fast-fashion industry on our planet" but that Boohoo "responded with excitement and a desire to incorporate sustainable practices" into the line.  But not everyone is convinced. Fashion watchdog account Diet Prada shared a post on Tuesday criticizing Kardashian Barker for aligning herself with "one of the least sustainable fashion brands," once the subject of a Sunday Times investigation in 2019. It reported that workers in a UK factory that had handled Boohoo garments were being paid as little as £3. 50, or around $4. 37, an hour, for their labor. At the time, Boohoo — which owns several other fast-fashion brands including PrettyLittleThing, Nasty Gal, and Miss Pap — responded to the findings by saying it'd launched its own investigation into the company that had been running the UK factory in question, and was taking steps to have its suppliers cut ties with it.  "We are absolutely committed to eradicating any instance of non-compliance and to ensuring that the actions of a few do not continue to undermine the excellent work of many of our suppliers in the area, who work tirelessly to provide good jobs and good working conditions," the statement concluded.  Boohoo's new "sustainable" collection will debut at New York Fashion Week. JUSTIN TALLIS/AFP via Getty ImagesHowever, Diet Prada's post, which has 80,000 likes as of Wednesday, also pointed to recent investigations into the brand's ethical practices. It referenced a 2021 follow-up investigation led by the Business & Human Rights Resource Centre, Labour Behind The Label, and ShareAction, which concluded that the brand had not "adequately addressed" how its purchasing practices "drive labour rights abuses and illegal non-payment of minimum wage. " "Using massive celebrity influence to sell more stuff will never be the solution," Diet Prada wrote toward the end of its post. "No matter how much recycled material is used. " Diet Prada, which The Guardian reported is run by two freelance designers, Tony Liu and Lindsey Schuyler, did not immediately respond to Insider's request for comment.  The collaboration with Kardashian Barker has also been accused of being a "greenwashing" tactic, according to the Daily Mail. "Greenwashing" refers to companies that market themselves as more sustainably-minded than they are. Representatives for Kardashian Barker and Boohoo did not immediately respond to Insider's request for comment on the criticism over the collaboration. In July, Boohoo was among several companies investigated for greenwashing by The Competition and Markets Authority (CMA), according to The Guardian. At the time, a representative for the CMA told the outlet if it found evidence Boohoo was using "misleading eco claims," they wouldn't "hesitate to take enforcement action — through the courts if necessary. "Kourtney Kardashian. Axelle/Bauer-Griffin/FilmMagic/Getty ImagesBoohoo said it was "committed to providing its customers with accurate information on the products they buy" in response, the outlet added. Items in the upcoming collection — which is priced between $6 and $100 — are made from materials including recycled fibers, traceable cotton, recycled polyester, and faux leather, according to a statement Boohoo provided to WWD.  Alongside the collection, Kardashian Barker is hosting a short-video series with Boohoo where she said she will be speaking to fashion industry experts about sustainability, worker welfare, and textile waste.  Some of the experts briefly shown in the episode include Steven Bethell, co-founder of Beyond Retro, and Patrick Duffy, founder of Global Fashion Exchange. Neither immediately responded to Insider's request for comment.  "I hope this is a place where I can use my platform to really get people to be thinking about the same thing, and learn the same things that I am learning along the way," Kardashian Barker said in the first six-minute episode.  Read the original article on Insider.
Source:
insider
URL:
https://www.insider.com/kourtney-kardashian-criticized-for-sustainable-boohoo-collab-2022-9
Prev Post
Next Post