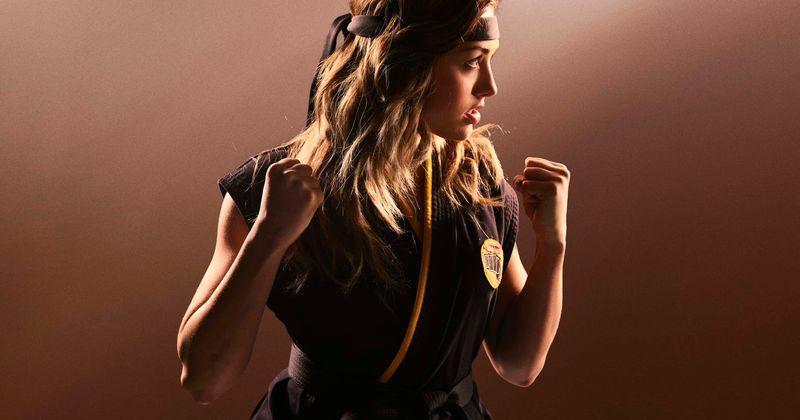 Games ‘Cobra Kai’ Season 5 Is Netflix’s Best-Reviewed Show Since ‘Heartstopper’ Paul Tassi Senior Contributor Opinions expressed by Forbes Contributors are their own. News and opinion about video games, television, movies and the internet. Following New! Follow this author to stay notified about their latest stories. Got it! Sep 11, 2022, 08:14am EDT | New! Click on the conversation bubble to join the conversation Got it! Share to Facebook Share to Twitter Share to Linkedin Cobra Kai Netflix Netflix needed a win, and Cobra Kai was happy to provide it, arriving this weekend with its best-reviewed season so far, and in fact, it’s the best reviewed season of any show on Netflix since Heartstopper’s release last April. Cobra Kai season 5 current has not just a perfect 100% score from critics, but also a sky-high 96% score from fans, one of the highest I’ve ever seen for a Netflix original. This is even better than past seasons of the show, which have broken down as follows: Cobra Kai Season 1 – 100% critics, 95% audience Cobra Kai Season 2 – 90% critics, 92% audience Cobra Kai Season 3 – 90% critics, 91% audience Cobra Kai Season 4 – 95% critics, 91% audience Cobra Kai Season 5 – 100% critics, 96% audience Heartstopper, in contrast, has a 100% critic score and a 97% from audiences, which I believe may hold the all-time record for a Netflix original between both groups. Arcane season 1 is tied with Cobra Kai season 5 with its 100%/96% split. Cobra Kai Rotten Tomatoes MORE FOR YOU ‘Demon Slayer’ Season 2 Finally Has An Actual 2021 Release Date Netflix’s ‘Squid Game’ Season 2 Not A Sure Thing, Says Director ‘Genshin Impact’ Still Refuses To Increase Anniversary Rewards, Despite Fan Outcry Cobra Kai has been a remarkably consistent yearly win for Netflix since the show’s purchase from YouTube. And I would agree with the scores that say this is the best season since the original. Season 5 brings a compelling new villain in the form of Terry Silver, an actual strategist, rather than the brute force of Creese. And it’s somewhat refreshing that this season is not centered on yet another All-Valley tournament, but rather than aftermath of the last one, and with eyes toward a larger stage in season 6, clearly. The show raised the stakes with actual, dangerous adult-size villains this time besides one Sensei, with fighters flown in from Japan that Johnny, Daniel and Chozen have to deal with. The show also spends a lot of time mending old rivalries, as how many years can we see Tory and Sam, Miguel and Robbie at each other’s throats? Eventually, you have to evolve those relationships, and that’s what season 5 does. It’s just an incredibly solid season start to finish. I’m not sure I’m willing to say I like it more than say, Arcane, but it’s very good. Cobra Kai season 6 has not been announced yet, but of course it’s happening. Rumor has it that some scenes from the next season have already been shot. The show is cheap, popular and beloved, and might be the overall best thing in Netflix’s roster this side of Stranger Things these days. It’s currently #1 in the top 10 list, and I would expect it to stay there quite a long while. And yes, go back and watch Heartstopper if you missed it. Less karate, but just as good. Follow me on Twitter , YouTube , Facebook and Instagram . Subscribe to my free weekly content round-up newsletter, God Rolls . Pick up my sci-fi novels the Herokiller series and The Earthborn Trilogy . Paul Tassi Editorial Standards Print Reprints & Permissions.
Source:
forbes
URL:
https://www.forbes.com/sites/paultassi/2022/09/11/cobra-kai-season-5-is-netflixs-best-reviewed-show-since-heartstopper/
Prev Post
Next Post