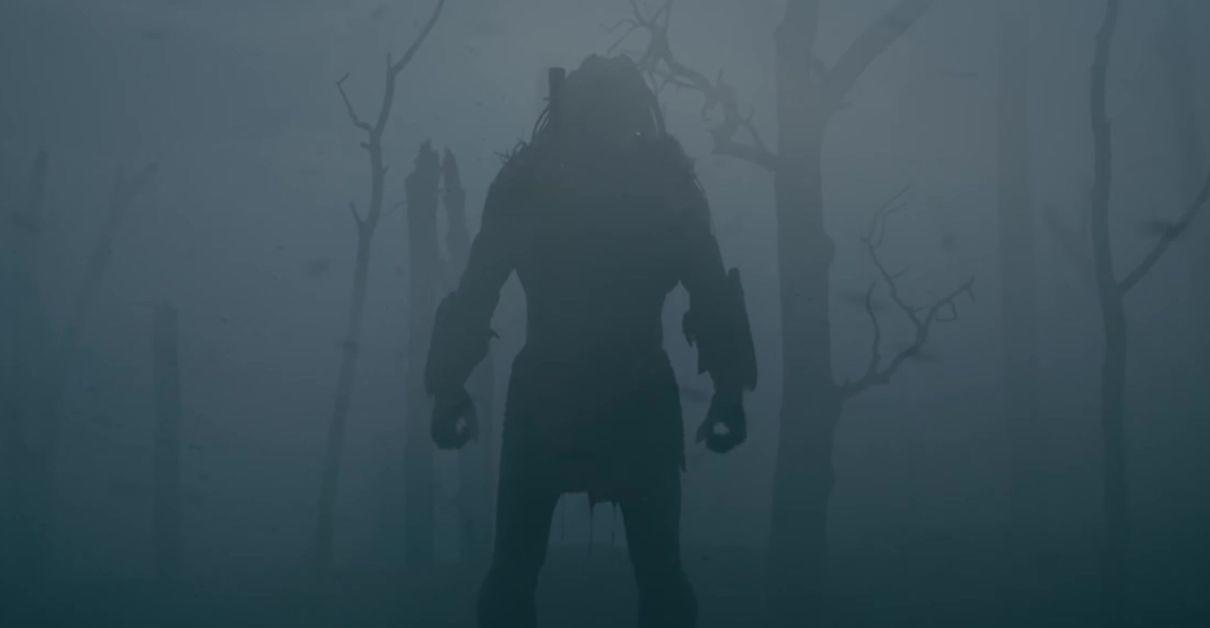 ✖20th Century and Hulu have released the full trailer for Prey, the next chapter in the Predator franchise! Featuring our first look at the new Predator, and the characters he'll be hunting in the film, which is set three hundred years in the past, you can check it out below. Ahead of the trailer's debut, ComicBook. com also got the opportunity to speak with director Dan Trachtenberg and producer Jhane Myers, who revealed new details on the film's development, the gadgets that the Predator is using in the movie, and how Disney didn't actually demand anything despite what some fans might assume. As Trachtenberg told us, "It is a brutal, intense, very R-rated movie. ""I teased a while ago that I took inspiration from the latest God of War video game, and those two things are in the trailer," Trachtenberg revealed. "One is his shield, that you see briefly. And the other is not a Predator gadget, but just the way that Nadu, wields her axe, she invents something very cool for that Tomahawk. And that comes from a mechanic in that video game. I think the shield is something super cool. There's a couple things that are the same, but even those things function slightly differently. " It lives to hunt. #Prey is coming to @Hulu on August 5. pic. twitter. com/MdKpfzmptp-- Predator (@Predator) June 7, 2022 He continued, offering a tease for the Predator as a whole, saying: "I think our Predator in my mind, not only does he exist, you know, 300 years before, but I think in sci-fi movie terms, time moves very slowly. If the way that Star Wars functions or even Star Trek, you know, it's like 300 years. Ships aren't suddenly like so different. But I think this guy's perhaps from a different hemisphere of the planet and a little bit of a different breed. So even his look is a little new, it's familiar, but new. So I'm excited for people, even for diehard fans, to really see something they hadn't seen before. "Trachtenberg confirmed that Dane DiLiegro is the man behind the mask for the film's killer alien, revealing that he got the role in a surprising way. "We met him at the initial like costume (test)," the director said. "And he was who they found just as reference for that day. And then he came over and he was like 'I would do anything to be in this movie. ' And it turned out, he really was like, one of the only people capable of pulling this off. "READ: Prey to Premiere With Comanche Language Dub, Marking First Movie Ever{replyCount}commentsTrachtenberg and Myers also confirmed that originally the film was going to be in Comanche entirely, and though it isn't the film will make movie history and at launch be available in the Comanche language in both subtitles and dubbed audio tracks. Prey will debut on Hulu on August 5. The film features a cast comprised almost entirely of Native and First Nation's talent, including Amber Midthunder ("The Ice Road," "Roswell, New Mexico"), newcomer Dakota Beavers, Stormee Kipp ("Sooyii"), Michelle Thrush ("The Journey Home"), Julian Black Antelope ("Tribal"). .
Source:
comicbook
URL:
https://comicbook.com/movies/news/new-prey-trailer-hulu-predator-director-dan-trachtenberg-new-gadgets/
Prev Post
Next Post