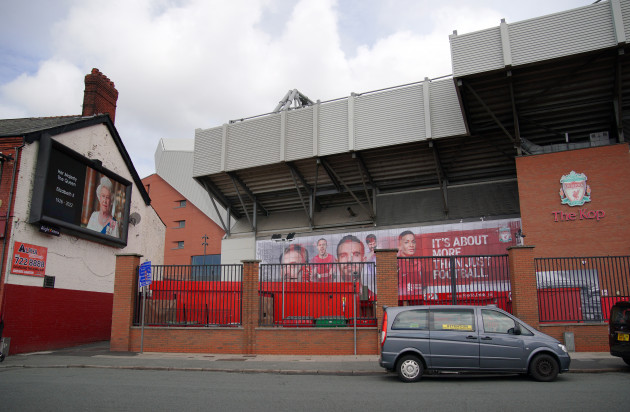 “BEING BRITISH IS the essence of what we are”, then-CEO of the Premier League Richard Scudamore told The Times in 2013. “It’s a bit like being the Queen or the BBC. ” Nine years on, it seems the Premier League still hold steadfast to that identity, and have postponed this weekend’s fixtures as a mark of respect to Queen Elizabeth’s passing. In truth, there’s little British about the Premier League aside from the accents of its fans: the clubs are largely owned by overseas entities, and the majority of its managers and players are not from Britain. But this weekend, millions of fans from hundreds of countries around the world will go without their weekly fix. The Premier League self-consciously styles itself as a global entertainment product, so these postponements strike a discordant note in comparison. “At a meeting this morning, Premier League clubs paid tribute to Her Majesty Queen Elizabeth II”, read a statement from the Premier League. “To honour her extraordinary life and contribution to the nation, and as a mark of respect, this weekend’s Premier League match round will be postponed, including Monday evening’s game. ” All football in England has ground to a halt, the Premier League’s postponement setting a template followed by the EFL and even by underage grassroots games. There was no explicit UK government advice on whether to postpone or not, and everything was left to the discretion of the relevant sports bodies. Those other bodies have not followed English football’s trend. Premiership rugby games will go ahead, as will England’s cricket test with South Africa and the BMW PGA Championship at Wentworth, which will conclude having been paused on Friday. (In a deeply ironic twist, it will be shortened and played over 54 holes. ) So why aren’t the football matches happening? Ben Rumsby of the Telegraph followed up by reporting four reasons for the discrepancy: that the Queen was the patron of the FA; that Prince William is the president of the FA; that football is the national sport; and that initial tributes have already been paid at matches. Some of these are fair arguments, though the reasoning behind the latter is bizarre. These may not be the only postponements, with uncertainty surrounding the European games to be staged in Britain in midweek along with next weekend’s fixtures, which are reportedly in doubt given that so many policing resources will be diverted to the Queen’s state funeral. These postponements will undoubtedly cause havoc to the football fixture list, given the timing of the World Cup means there are no gaps in the schedule before Christmas, so there will be some poking around to be done with schedules next year. But among the many arguments to be made for whether to postpone or not, playing games to alleviate a fixture congestion caused by a World Cup in Qatar is one of the weakest. The Football Supporters’ Association said that postponing the games was a “missed opportunity for football to pay its own special tributes. ” “We believe football is at its finest when bringing people together at times of huge national significance – be those moments of joy or moments of mourning. Our view, which we shared with the football authorities, is that most supporters would have liked to go to games this weekend and pay their respect to the Queen alongside their fellow fans. ” Rare insights on sport's biggest names from the writers who know them best. Listen to Behind the Lines podcast. That playing games would be inherently disrespectful in the wake of a monarch’s death is a dubious outlook, and it also misunderstands something fundamental about football. “She was a fixed point in our lives, a figure of continuity when all around was in constant flux”, wrote the Guardian’s Jonathan Freedland of Queen Elizabeth, and her role, in this somewhat narrow sense, is analogous to a football club, which is also a fixed symbol of identity for a vast number of people, albeit on a more local level. The Premier League evidently believes postponing games is the right thing to do and what a great British institution should do, following their lead not from other sporting organisations but the BBC, who have cancelled regular programming to broadcast blanket coverage of the Queen’s death. In postponing the games, the Premier League have misread the room and misunderstood the power and the nature of their own sport. .
Source:
the42
URL:
https://www.the42.ie/premier-league-postponements-5862218-Sep2022/
Prev Post
Next Post