Premier League games off as 'mark of respect' to the Queen 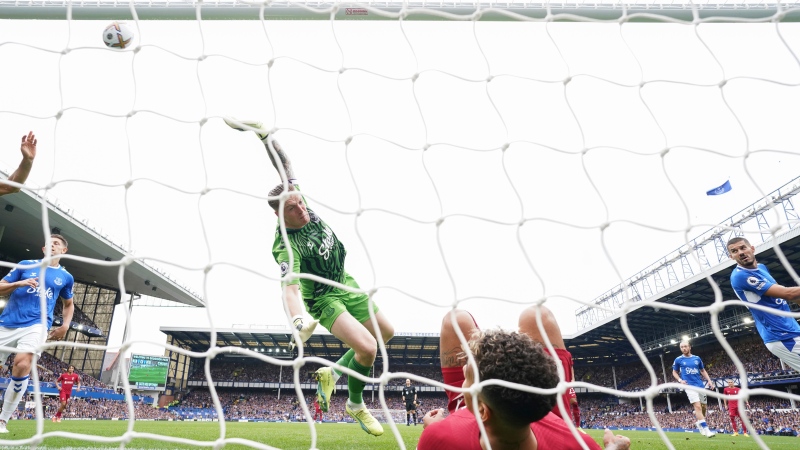 LONDON - The Premier League has postponed its upcoming round of matches as a mark of respect following the death of Queen Elizabeth II, adding to the cancellation of high-profile golf, cricket and horse racing events across Britain on Friday. England's top-flight soccer clubs held a meeting on Friday and said they wanted to "pay tribute to Her Majesty's long and unwavering service to our country. " Royal Dispatch newsletter: Sign up for exclusive insights on the monarchy "This is a tremendously sad time for not just the nation but also for the millions of people around the world who admired her," Premier League chief executive Richard Masters said, "and we join together with all those in mourning her passing. " The English Football League -- the three divisions below the Premier League -- also called off their games scheduled for the weekend. The British government said it was at the discretion of individual sporting organizations whether fixtures went ahead following the death of the Queen on Thursday at the age of 96. British sport essentially shut down on Friday, but could be up and running by Saturday. The BMW PGA Championship, the flagship event on the European tour, was paused near the end of the first round Thursday following the announcement of the queen's death -- there were still 30 players out on the course -- and there will be no play Friday. "We remain hopeful of restarting at some stage over the weekend," the tour said Friday in a statement, adding that it would be reviewing "protocol guidance from Buckingham Palace" while also aligning with the decisions made by other sporting events in Britain. The England and Wales Cricket Board has already announced that there would be no play on Friday in the third and deciding test between England and South Africa at the Oval. There was no immedite update on whether play would be resuming over the weekend. Other events called off included cycling's Tour of Britain, which also cancelled the final two stages of the race scheduled for the weekend, and the third day of horse racing's St. Leger festival in Doncaster. The St. Leger, one of British racing's classics, will now take place on Sunday, organizers said Friday. Horse racing was the queen's favourite sport. Soccer matches in the English Football League -- the three leagues below the Premier League -- and in the Scottish lower league scheduled for Friday had already been postponed while matches scheduled to be played in Northern Ireland over the weekend were also cancelled. The Premier League said further updates regarding its fixtures during the period of mourning, which has begun in Britain, will be provided "in due course. " Organizations are having to weigh up factors such as whether holding matches would use up police resources, the desire of broadcasters and the mood of the public. There is little room in the schedule of this World Cup-affected season to fit in postponed fixtures. The government said sporting organizations "might wish to consider cancelling or postponing events or closing venues on the day of the State Funeral. " That date of the State Funeral has not been set. ------ IN-DEPTH COVERAGE: King Charles III after Queen Elizabeth II: What to expect Operation Unicorn: Royal plans and protocols for the death of Queen Elizabeth II What happens in Canada, now the Queen is dead? How to sign the Queen's official condolence book Changes to the order of succession after King Charles III ------ Complete Coverage Click for the latest Royal Family news and analysis.
Source:
ctvnews
URL:
https://www.ctvnews.ca/sports/premier-league-games-off-as-mark-of-respect-to-the-queen-1.6061471
Prev Post
Next Post