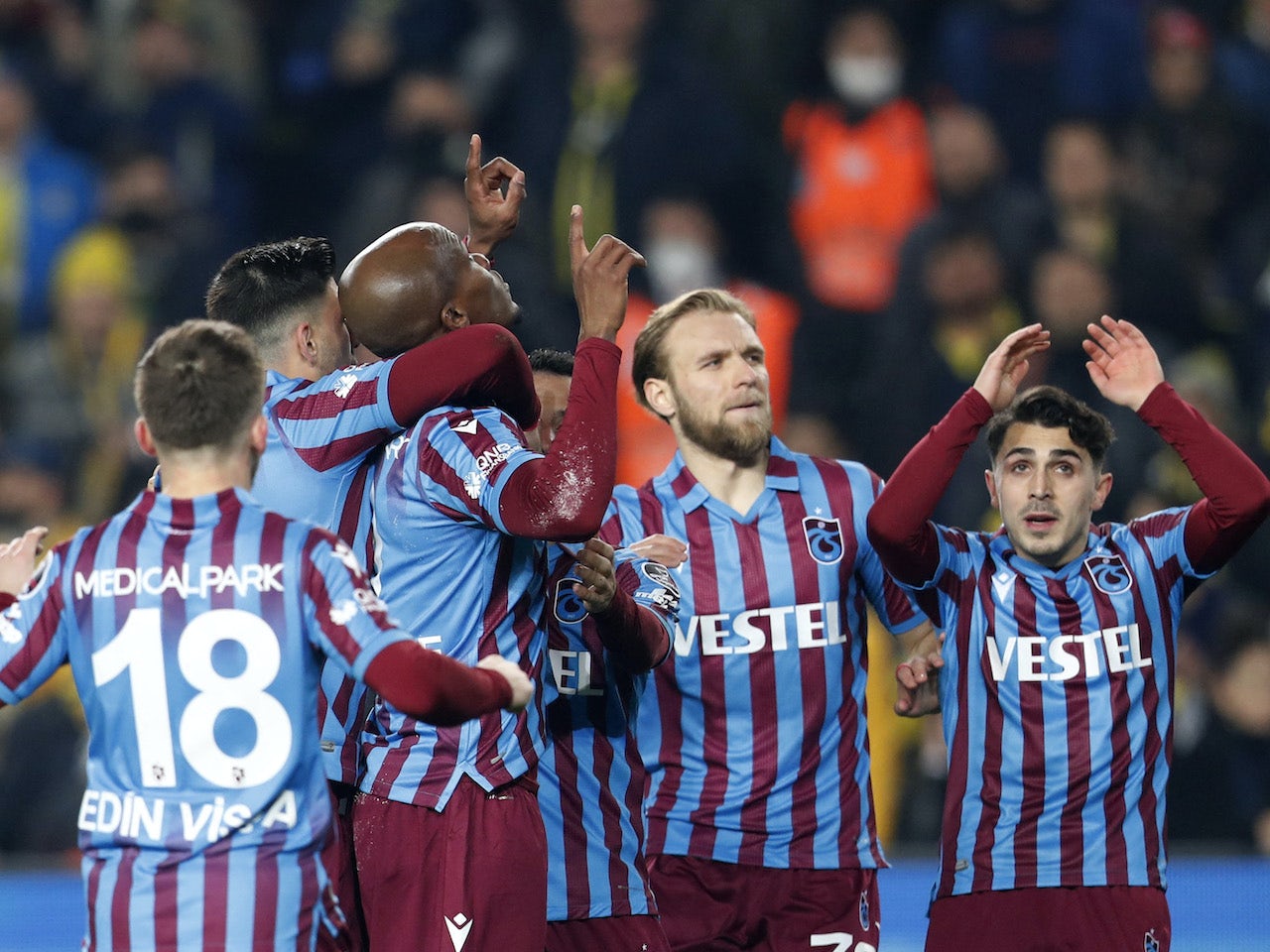 Adana Demirspor and Trabzonspor draw the curtain on round six of the 2022-23 Turkish Super Lig season with a meeting at the Yeni Adana Stadyumu on Monday. Having both failed to come out on top in their respective last outings, the teams will be aiming to return to winning ways in this one. © Reuters Trabzonspor kicked off their Europa League campaign on the back foot courtesy of a 3-2 defeat against Ferencvaros at the Groupama Arena on Thursday night. Despite getting on the scoresheet through Maximiliano Gomez , Abdullah Avci 's men were 3-1 down at the interval thanks to Tokmac Nguen 's brace either side of Adama Traore 's strike before Umut Bozok netted in the second half to set up a thrilling final 20 minutes. Just before that, the Karadeniz Firtinasi saw off the threat of Umraniyespor on Friday to move into eighth place in the Super Lig standings. Coming up next is the challenge of an opposing outfit who came up short in both of last season's encounters between the teams by a combined score of 5-1. Ahead of a crunch continental affair against Red Star Belgrade three days later, Monday's visitors will be keen to secure a morale-boosting victory here. Adana Demirspor had to settle for a point in their clash with Hatayspor at the Yeni Hatay Stadyumu on Sunday which ended in a 1-1 stalemate. Vincenzo Montella 's men fell behind in the 21st minute to Onur Ergun 's opener before drawing level in second-half stoppage time through Tayyib Sanuc . Consequently, the Blue Lightnings have dropped to sixth place in the league table, level on points with their next opponents albeit with a superior goal difference. Off the back of two consecutive wins on home turf without being breached defensively, Monday's hosts now aim to make it three straight victories on their own patch for the first time since the turn of the year. Benjamin Stambouli was yanked off at half time in Adana Demirspor's last outing, and he could be dropped to the bench for Monday's contest. Thirty-three-year-old Yaroslav Rakitsky will serve the final game of his suspension following a red card against Fenerbahce back in August. Bruno Peres and Anders Trondsen are both ruled out for Trabzonspor through Tendon injuries, while Huseyin Turkmen continues to nurse a muscle problem. Dorukhan Tokoz recently picked up a knee injury, and the Turkish defender is currently faced with an extended spell on the sidelines. Maximiliano Gomez is expected to retain his place in the away side's starting XI having found the back of the net on his return to the lineup. Adana Demirspor possible starting lineup: Ozbir; Rodrigues, Sanuc, Akaydin, Svensson; Inler, Ndiaye; Onyekuru, Belhanda, Sari; Assombalonga Trabzonspor possible starting lineup: Taha; Denswil, Vitor, Bartra, Stryger; Gbamin, Bardhi, Bakasetas; Trezeguet, Gomez, Omur With the sides neck and neck in the league table coming into this one, both of them will fancy their chances of coming away with all three points here. That said, we are tipping the teams to cancel each other out and make do with a share of the spoils in the end. For data analysis of the most likely results, scorelines and more for this match please click here . .
Source:
sportsmole
URL:
https://www.sportsmole.co.uk/football/adana-demirspor/preview/preview-adana-demirspor-vs-trabzonspor-prediction-team-news-lineups_494340.html
Prev Post
Next Post