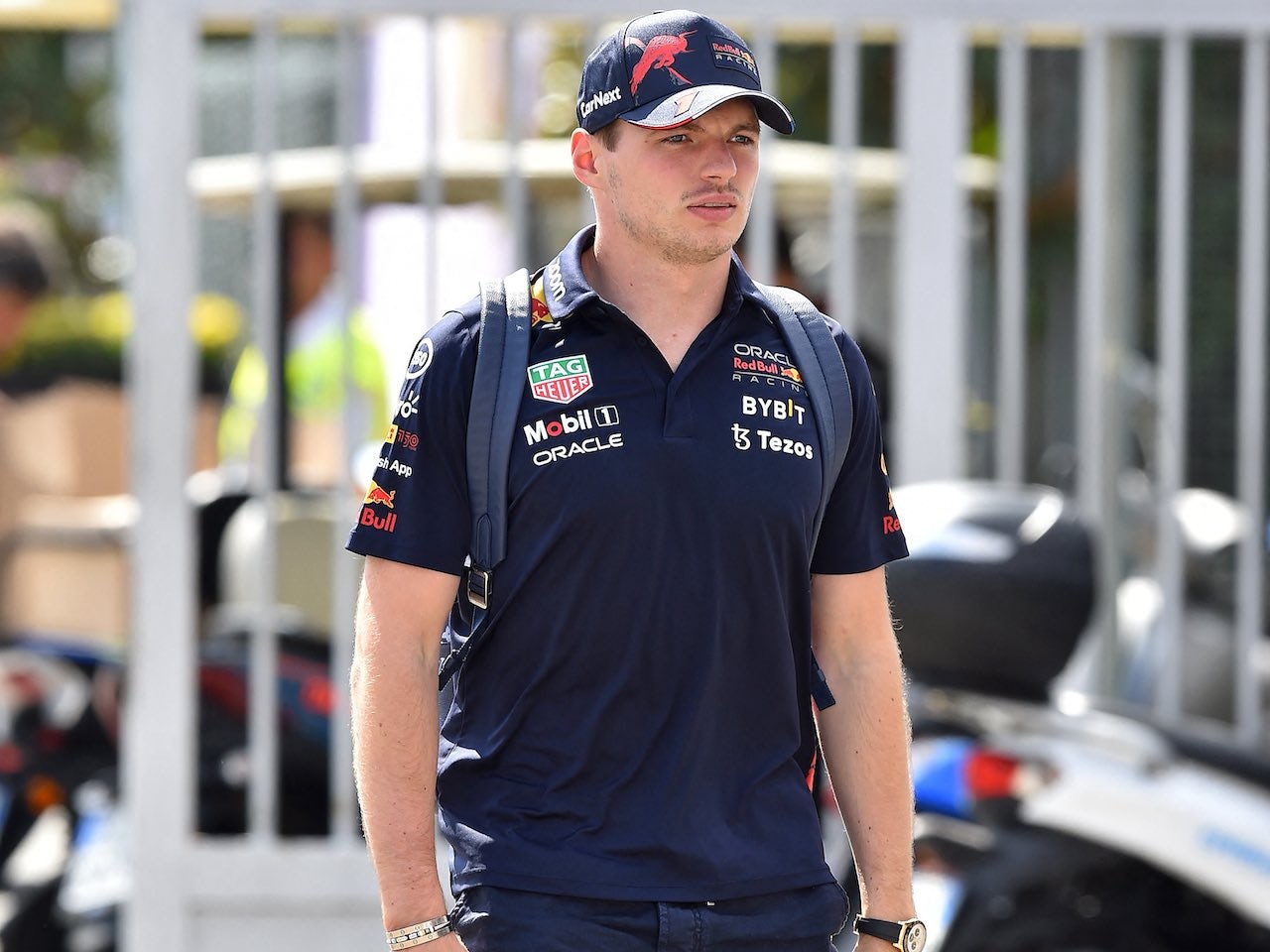 Formula 1 heads to Monza to conclude a triple header with one of the most prestigious races on the calendar - the Italian Grand Prix. World championship leader Max Verstappen is looking to win a fifth consecutive Grand Prix after winning in his native Netherlands last weekend. © Reuters If the championship battle was not effectively over before the Dutch Grand Prix, Verstappen made sure he had one hand on the world championship trophy by the conclusion of the race. The Dutchman ended the weekend with pole position, fastest lap and the race win to increase his championship lead to 109 points. Although, Verstappen did not have it all his own way in Zandvoort as at one point Lewis Hamilton looked on course to claim his first victory of the season. However, an ill-timed virtual safety car and a questionable strategy call to pit his teammate George Russell during the full safety car period allowed Verstappen to overtake the seven-time world champion with relative ease. While Hamilton slipped back to fourth place, Russell will be looking for another successful weekend after claiming second position in the Netherlands. © Reuters Charles Leclerc was the third man on the podium, helping the 24-year-old move joint second in the championship alongside Sergio Perez . Red Bull will be demanding an improvement from the Mexican who has finished on the podium in just one of the last five races. Elsewhere, Sainz is hoping for a far more successful weekend following an eighth place finish in the Netherlands, which leaves him in fifth position in the world championship. Meanwhile, the Alpine team would have been pleased with sixth and ninth-place finishes for Fernando Alonso and Esteban Ocon last weekend. That result leaves Alpine in fourth place in the constructors' world championship, with 24 points separating them from Mclaren in fifth position who are dreaming of replicating last season's Italian Grand Prix where they achieved a one-two finish. © Reuters After being opened in 1922, Monza is celebrating the 100th anniversary of its foundation and it is certainly a track that excites the drivers. The circuit is dubbed the 'Temple of Speed', which tests the pace and speed of the cars, while also offering mesmerising corners like Parabolica. Monza contains a number of long straights for drivers to reach the top speeds of their cars, and on race day their overtaking attempts will also be aided by the DRS. The first DRS zone is situated on the pit straight, while the second one begins from turn seven all the way down to turn eight. © Reuters Hamilton and Michael Schumacher are the most successful Formula 1 drivers to race at Monza, with five wins apiece at the Italian Grand Prix. Meanwhile, Sebastian Vettel is a three-time winner around the circuit, while Fernando Alonso was victorious in 2007 and 2010. Charles Leclerc and Pierre Gasly have also previously stood on the top step at Monza, as well as Daniel Ricciardo who finished in front of his teammate Lando Norris in last year's race. Ferrari are the most successful team to race at their home Formula 1 Grand Prix, having won the race on 19 occasions, with Leclerc the most recent Ferrari driver to win at Monza. 1. Max Verstappen (Red Bull) - 310 2. Charles Leclerc (Ferrari) - 201 3. Sergio Perez (Red Bull) - 201 4. George Russell ( Mercedes ) - 188 5. Carlos Sainz (Ferrari) - 175 6. Lewis Hamilton (Mercedes) - 158 7. Lando Norris (McLaren) - 82 8. Esteban Ocon (Alpine) - 66 9. Fernando Alonso (Alpine) - 59 10. Valtteri Bottas ( Alfa Romeo ) - 46 11. Kevin Magnussen ( Haas ) - 22 12. Sebastian Vettel ( Aston Martin ) - 20 13. Daniel Ricciardo (McLaren) - 19 14. Pierre Gasly (AlphaTauri) - 18 15. Mick Schumacher (Haas) - 12 16. Yuki Tsunoda (AlphaTauri) - 11 17. Zhou Guanyu (Alfa Romeo) - 5 18. Lance Stroll (Aston Martin) - 5 19. Alexander Albon (Williams) - 4 20. Nicholas Latifi (Williams) - 0 21. Nico Hulkenberg (Aston Martin) - 0 1. Red Bull - 511 2. Ferrari - 376 3. Mercedes - 346 4. Alpine - 125 5. McLaren - 101 6. Alfa Romeo - 51 7. Haas - 34 8. AlphaTauri - 29 9. Aston Martin - 25 10. Williams - 4 With Verstappen, Sainz and Hamilton all affected by grid penalties, we think Leclerc will make the most of a promising opportunity to win his second Italian Grand Prix. .
Source:
sportsmole
URL:
https://www.sportsmole.co.uk/formula-1/red-bull/preview/preview-italian-grand-prix-track-guide-prediction-race-preview_494288.html
Prev Post
Next Post