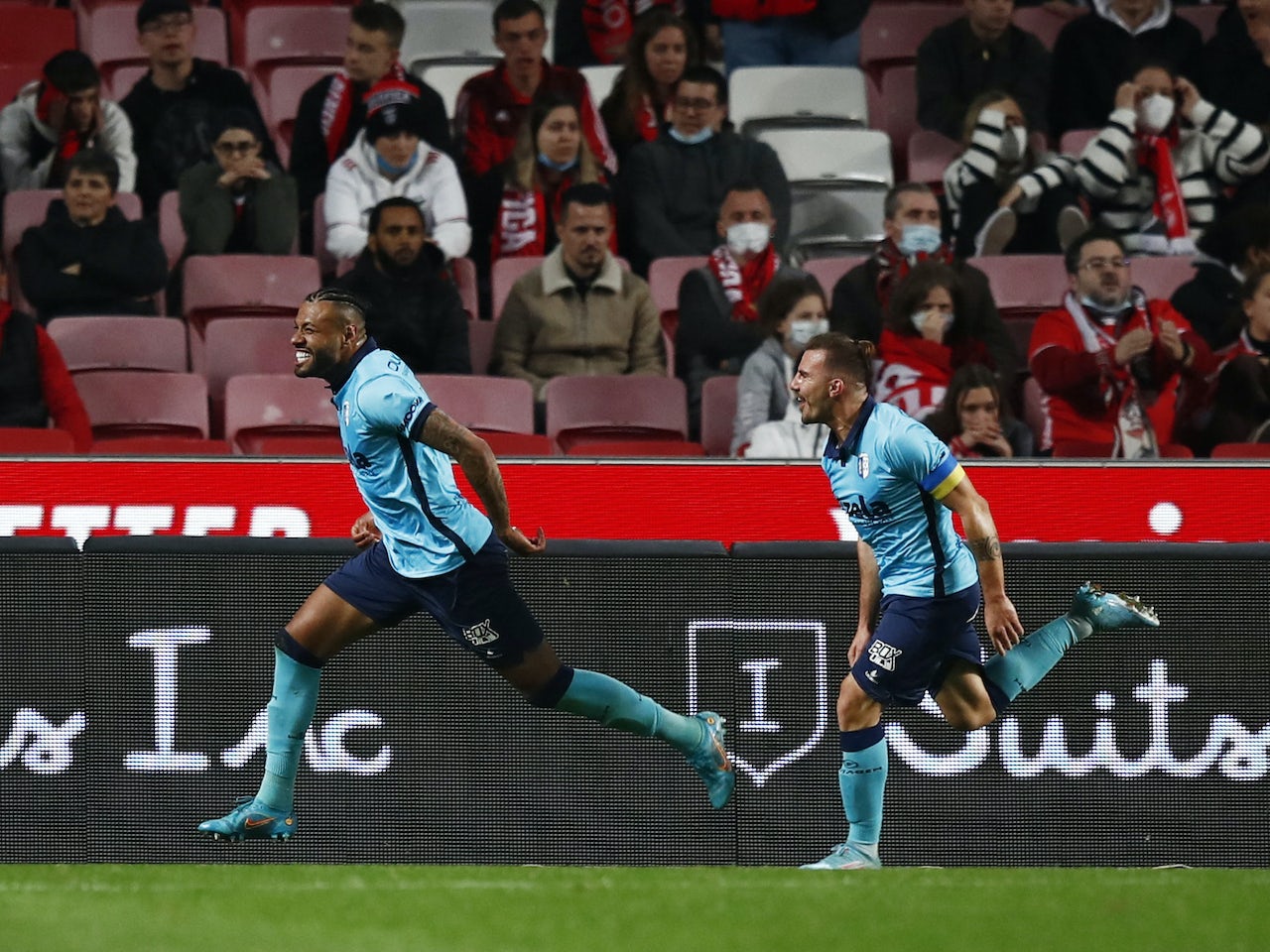 Round six of the Portuguese Primeira Liga comes to an end on Monday when Vizela and Estoril Praia go head to head at the Estadio do FC Vizela. The Canarinhos will set out seeking to get one over the home side, having failed to win any of the last seven meetings between the teams since December 2008. © Reuters Vizela failed to get their season up and running in their most recent outing as they fell to a 2-1 defeat against high-flying Benfica at the Estadio do Sport Lisboa e Benfica two Fridays ago. After holding the lead for most of the game courtesy of Milutin Osmajic 's first-half strike, David Neres restored parity in the 76th minute before Joao Mario completed a dramatic comeback from the penalty spot in the 11th minute of stoppage time. The Vizelenses have now failed to win any of their last four outings, picking up two points from a possible 12 since kicking off their 2022-23 league campaign with a 1-0 win away to newly-promoted Rio Ave on August 6. Alvaro Pacheco 's side, who finished 14th in the Primeira Liga standings last term, are currently 12th after picking up five points from the first five rounds of matches, two points and two places off Monday's hosts. While Vizela will look to return to winning ways and get their season back on track, they have struggled to get going on home turf, where they have managed just one win since the start of February, picking up four draws and losing five of their 10 games in that time. © Reuters Estoril Praia, on the other hand, were denied their first set of consecutive victories this season as they were condemned to a 2-0 defeat by Sporting Lisbon when the sides squared off last week. In a one-sided affair at the Estadio Antonio Coimbra da Mota, Jeremiah St. Juste and Marcus Edwards found the back of the net inside the opening 21 minutes to hand Ruben Amorim 's men their third win of the season. Prior to that, Nelson Verissimo 's side picked up their first away victory in the league since December when they edged out Pacos de Ferreira 3-0 at the Estadio Capital do Movel on August 26. Next up for the Canarinhos is a stern challenge of taking on an opposing side who are unbeaten in each of the last seven meetings between the sides, claiming two wins and five draws in that time. © Reuters Vizela will take to the pitch without 20-year-old forward Friday Etim , who has been out of action since May through a long-term muscle injury. Osmajic was handed his first starting appearance of the season last week and after an inspiring performance against Roger Schmidt 's side, the newly-signed forward should lead the Vizelenses' attack once again. Meanwhile, Joao Carlos was forced off injured in the 39th minute against Sporting Lisbon last time out and the Brazilian international is a major doubt for Estoril Praia. Should he fail to shake off his injury, 20-year-old forward Gilson Tavares could come into the fold, teaming up with Rodrigo Martins and Benfica loanee Tiago Gouveia at the attacking end of the pitch. Twenty-seven-year-old defender Lucas Africo is also out of contention for the Canarinhos as he continues his long road to full fitness after picking up a severe knee injury last November. Vizela possible starting lineup: Buntic; Silva, Wilson, Anderson, Afonso; Mendez, Guzzo, Samu; Osmajic, Bondoso, Moreira Estoril Praia possible starting lineup: Figueira; Santos, Vital, Alvaro, Joaozinho; Ndiaye, Rosier; Gouveia, Geraldes, Martins; Tavares With just two points and two places separating Vizela and Estoril Praia in the league standings, we expect a thrilling contest with both sides taking the game to each other. However, the Vizelenses have enjoyed the better of this fixture and we are backing them to extend their dominance over the visiting side by claiming all three points. For data analysis of the most likely results, scorelines and more for this match please click here . .
Source:
sportsmole
URL:
https://www.sportsmole.co.uk/football/vizela/preview/preview-vizela-vs-estoril-prediction-team-news-lineups_494339.html
Prev Post
Next Post