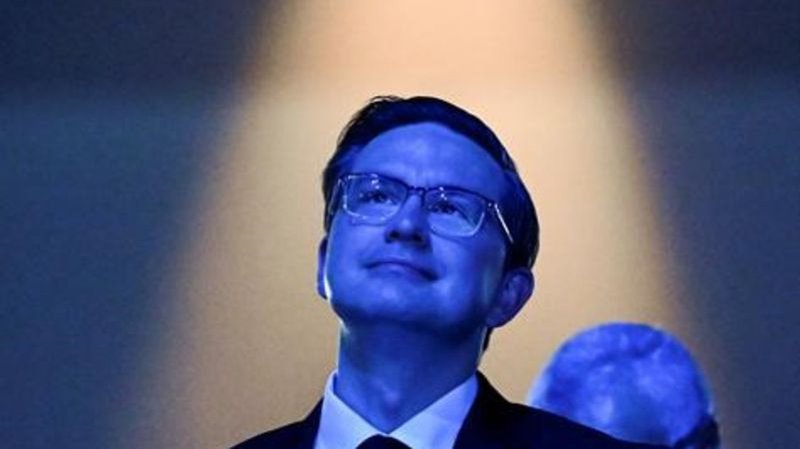 OTTAWA — Pierre Poilievre was already a familiar face in the House of Commons, where he is known for being a political pit bull. Now the longtime Ottawa-area member of Parliament will lead the Conservative party, after a resounding first-ballot victory in the leadership race. Born: June 3, 1979. Early years: Poilievre says he had a normal, middle-class childhood. His parents divorced when he was a teenager and he spent his youth playing competitive sports such as football, hockey and wrestling. He says when a bout of tendinitis in his shoulder left him recovering at home, he asked his mother if he could join her at a Progressive Conservative meeting. Before politics: After graduating high school, he went to the University of Calgary, where he earned an undergraduate degree in international relations. But politics was never far away — the young Poilievre served as president of his campus Conservative club. He went to Ottawa in 2002 to work as a political staffer for Stockwell Day, then a member of the Canadian Alliance. Poilievre also briefly ran a political consulting firm with friend and former Alberta cabinet minister Jonathan Denis in his early 20s. Political record: As a newly elected MP for the newly formed Conservative Party of Canada, Poilievre advocated for local issues, such as trying to prevent Ottawa’s Queensway Carleton Hospital from being charged rent by the National Capital Commission. He railed against the Liberal government’s proposal to introduce national daycare. In 2005, he voted with the rest of the party’s caucus against expanding the traditional definition of marriage to include same-sex unions. After Conservatives won power in 2006, he was appointed as a parliamentary secretary, first to the Treasury Board president and later to then-prime minister Stephen Harper. He was often called to defend the government’s decisions. He was tapped for a cabinet post after the Conservatives won a majority in 2011, becoming minister of democratic reform, in charge of bringing in controversial changes to federal election laws. He became employment minister in 2015, just before the Conservatives lost power. As an opposition MP, Poilievre has served as the party’s finance critic, except for a brief period in 2021 under Erin O’Toole. Family: He was adopted by his parents Marlene and Don Poilievre, teachers from Saskatchewan who were married two years earlier and moved to Calgary. They divorced when he was a teenager. Poilievre says his biological mother, who was at the leadership event on Saturday night, had him when she was 16 years old and could not raise a child on her own. He thanked her, along with his parents, his father’s partner, Ross, and his brother, Patrick, in his speech. Poilievre and his wife, Anaida, eloped in Portugal in 2017. They met in Ottawa, where she was working as a political staffer. Together, they have two children, Valentina and Cruz. Quote: “I want to thank my parents, two school teachers who adopted me from a teenage mother. They taught me that it didn’t matter where I came from, but where I was going. It didn’t matter who I knew, but what I could do. That is the hope I want my kids to inherit. ” This report by The Canadian Press was first published Sept. 10, 2022. The Canadian Press.
Source:
lethbridgenewsnow
URL:
https://lethbridgenewsnow.com/2022/09/10/quick-sketch-meet-new-conservative-leader-pierre-poilievre/
Prev Post
Next Post