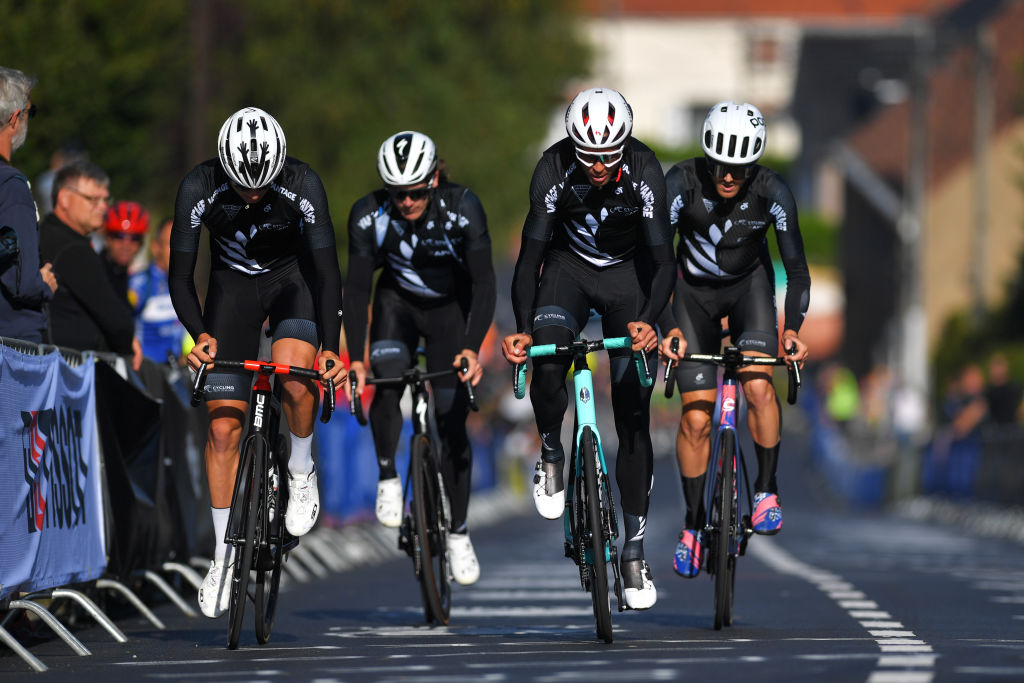 For New Zealand a UCI Road World Championships in Australia is just about as close to a home race for the rainbow jersey as you can get, but rather than the competition for spots being high the squad will only have one competitor in the elite men's category and is utilising only four of its seven available women's positions in the elite/U23 category. The small squad – with U23 rider Niamh Fisher-Black leading the women's team and New Zealand champion James Fouche the sole elite men's competitor – is a combined consequence of the relegation battle, COVID-19 and major increases in costs, Cycling New Zealand said. In fact, the budget of the cycling federation has become so tight – it lost its major sponsor Vantage last year – that riders were even asked to pay their own travel costs. “In the end it has not been an ideal year to stage the world championships in Australia, with costs more than double our 2021 budget, and with some riders having to return to Europe and then come back to New Zealand for summer,” said Cycling New Zealand high performance director, Amy Taylor, in a statement. Read More Matteo Jorgenson: Movistar can't let me race Worlds WorldTour relegation battle means Valverde cannot ride final World Championships Budget strain forces Cycling Ireland to opt out of Road World Championships “We have a significant $50,000 budget for the event and will focus on delivering a world-class group of support staff which is what our riders have asked for. And we appreciate they have had to fund their travel component. " George Bennett, who was considered likely to be the key rider for the men's elite squad had in recent weeks said that he expected to travel straight from the Grand Prix Cycliste de Québec et de Montréal in Canada to Wollongong but then when the announcement came he wasn't on the team list. The UAE Team Emirates rider had made the comment in an episode of the Social Distance Podcast (opens in new tab) three weeks ago that it was a difficult logistical task to organise getting to Worlds, on top of having to pay for flights and accommodation. "I understand that they’ve got no money, there is just nothing else they can do. But there is just a lot of moving parts,” Bennett said on the podcast, adding that the situation, however, raised another difficult question. “Everyone has paid for their way there. How do you then ask for them to work for someone else . . . I would never ask someone that has paid all that money to pay for themselves to get there to help me. ” Cycling New Zealand is not alone in facing budget constraints, with Cycling Ireland also opting out of the World Championships because of the burden it would place on limited resources. The men's peloton, too, has had a number of riders pulled out of the running for the Road World Championships in Wollongong, including retiring Movistar rider Alejandro Valverde, because of the fight for points in order to avoid relegation from the WorldTour at the end of the year. Cycling New Zealand said rider availability for its team had also been affected by the tight relegation battle, but it did not specify the riders involved. Both Patrick Bevin of Israel Premier-Tech and Dion Smith of BikeExchange-Jayco are riders on teams that are at risk of relegation. Relegation isn't an issue within the women's peloton but while the squad of four is considerably larger than that which will be racing in the men's elite road race, it still falls short of the number of spots New Zealand was allocated. The nation qualified for six places in the women's elite/U23 road race and also had a spot for Ella Wyllie as a result of her U23 women's Oceania Championships win. Wyllie will join the squad led by Fisher-Black, who is not only looking to be a key favourite for the U23 title in the combined category race but the SD Worx rider is also a strong contender in the elite ranks. Women's WorldTour riders Mikayla Harvey (Canyon-SRAM) and Henrietta Christie (Human Powered Health) are also on the squad. Jack Drage and Logan Currie will compete in the U23 men's category while Toby Evans, Tom Stephenson and Lewis Bower will line up in the men's junior competition. The women's junior team is made up of Amelia Sykes, Arabella Tuck, Bonnie Rattray and Muireann Green. .
Source:
cyclingnews
URL:
https://www.cyclingnews.com/news/skeleton-new-zealand-team-at-worlds-after-riders-asked-to-pay-own-way/
Prev Post
Next Post