Star Wars: Andor release date, teaser trailer and everything we know so far 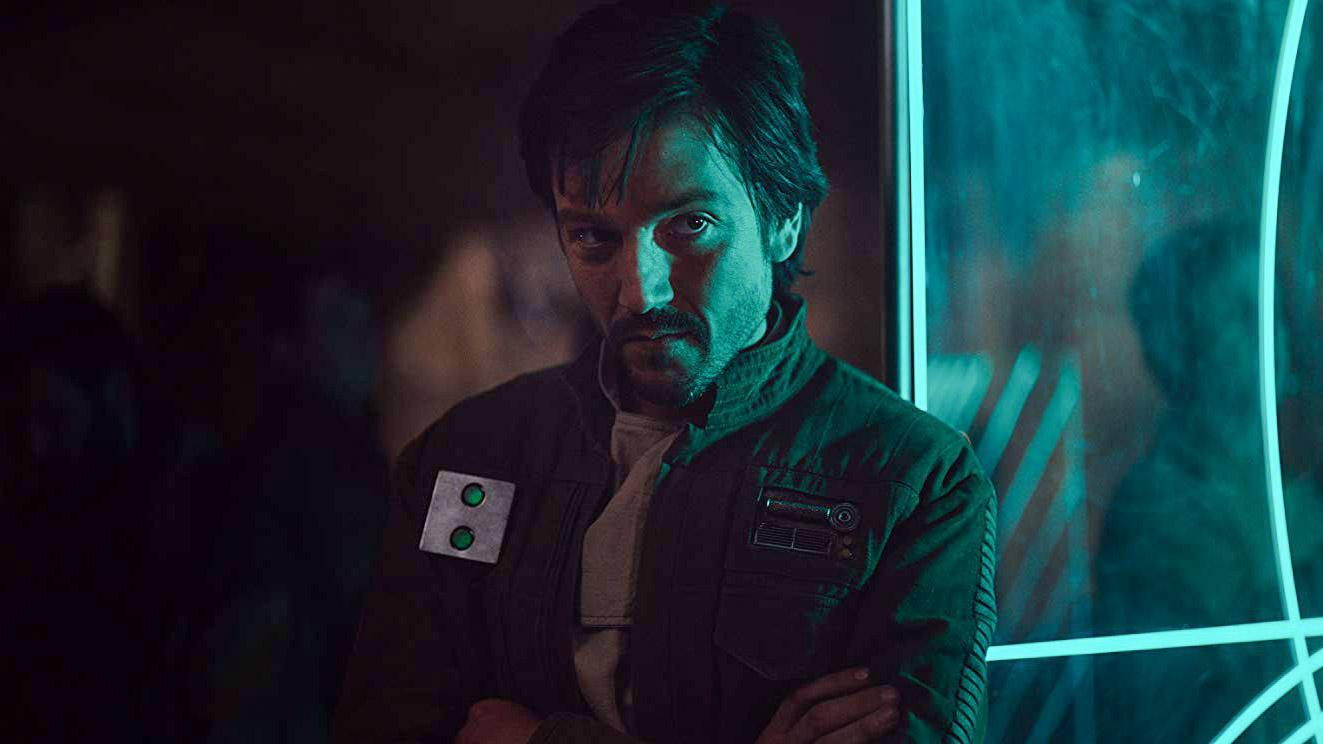 Rogue One's rebel spy is back for Star Wars: Andor, and it's coming to Disney Plus a little later than expected. Diego Luna is reprising his role as Cassian Andor in the show, which will be set as a prequel to 2016's Rogue One. And while show details are tightly kept, a drone has captured images from a set. And at D23 we learned a little more about Andor. Disney revealed that filming for Andor was underway at its December 2020 Investors Day event where it also revealed the Star Wars: Ahsoka series, the Star Wars: Lando series and the upcoming film Star Wars: Rogue Squadron . Plus, fans got a first look at early production footage of the spy thriller. Star Wars: Andor is set before the events of Rogue One. The story follows the adventures of Cassian Andor, a rebel spy whose intelligence gathering activities earn him a key role in the growing Rebel Alliance. Luna isn't the only cast member returning from Rogue One; Alan Tudyk is back to voice Cassian's droid sidekick K-2SO. Tony Gilroy, who co-wrote Rogue One, will write, direct and serve as showrunner. Here's everything we know so far about Star Wars: Andor. Star Wars: Andor was to be released on August 31, with two episodes dropping simultaneously. That changed. Now, the Andor release date is Sept. 21, with three episodes arriving at once. The project was first unveiled at the D23 Expo in 2019, when Kennedy first confirmed it was in pre-production with Luna attached. Filming might've been scheduled to begin this year, but the coronavirus pandemic put many productions on hold. The investor announcement revealed that filming began in late November. The latest (and likely final) full trailer for Andor is all about assembling the rag tag group for the rebellion. And it also hints at how some are not as eager to go to war with the Galactic Empire than others. The full official Andor trailer delivers our first glimpse at the returning Saw Gerrera, and it reveals that Stellan Skarsgård's Luthen Rael is a good guy: The first official Andor teaser trailer is very light on Mr. Andor himself — but filled with the point of view of regular civilians in the Star Wars galaxy. Our own rebel spy at the Star Wars Celebration Lucasfilm Showcase relayed this photo of the Andor poster. The cast of Star Wars: Andor is led by Diego Luna, who stars as Cassian Jeron Andor, a soldier, pilot and intelligence officer for the Rebel Alliance. And Alan Tudyk will reprise his voice role as Cassian's droid sidekick, K-2SO. Also reprising a longtime Star Wars role is Genevieve O'Reilly as Mon Mothma, a leader of the Rebel Alliance. As for new faces, Stellan Skarsgård has been cast as Luthen Rael, who seems to be a founding member of the Rebel Alliance. But fans on Reddit (opens in new tab) are speculating that he will play the bounty hunter Dengar, who appeared in The Empire Strikes Back, Return of the Jedi and The Clone Wars animated series. Other Andor cast members include Adria Arjona, Fiona Shaw, Denise Gough and Kyle Soller. At D23, we learned Soller is playing a villain. In his words, his character is the latest in the "a history of villains you love to hate. " Gael Garcia Bernal (opens in new tab) , Luna's co-star from Y Tu Mamá También, has been joking about how he'd love to show up in the series as one of Andor's "lost brother or something. " So mark that under "nice if it happened, but not a sure thing. " Will other Rogue One cast members make appearances in Andor? It's extremely unlikely we'll see any of Cassian's actual Rogue One teammates, like Jyn Erso (Felicity Jones) or Bodhi Rook (Riz Ahmed). However, O'Reilly's return as Mon Mothma gives us hope to see Jimmy Smits as Bail Organa. Plus, Hayden Christensen is reprising his role as Anakin Skywalker/Darth Vader in the Obi-Wan Kenobi series. So it's not outside the realm of possibility he could show up in Andor. The sizzle reel indicates the breadth and depth of Andor, since the creature department is working on over 200 named characters. The series takes place five years before the events of Rogue One, which itself is set just before the events of Star Wars: Episode IV: A New Hope. The 2016 film follows the story of a ragtag team of Rebel fighters who embark on a dangerous mission to steal the construction plans for the Death Star, the Galactic Empire’s planet-obliterating superweapon. As a longtime Rebel agent, Cassian helps lead the mission alongside Jyn Erso. In Rogue One, Cassian revealed he has been fighting as a rebel since he was six years old, so the Andor series could include flashbacks to his childhood. We also may see the origin story of Cassian's droid K-2SO, a former Imperial enforcer droid that was reprogrammed to assist the rebels. All the way from the Cleveleys coast of England, we've got our first set photos (opens in new tab) from Star Wars: Andor. The crew has apparently transformed a cafe into a setting we're not entirely familiar with, so the series may be charting new territories. Is the show transforming a modern cafe into a cantina, or something else entirely? We hope to find out soon. Next: Here is a list of the best Fall TV shows we can't wait to see , besides Star Wars: Andor. .
Source:
tomsguide
URL:
https://www.tomsguide.com/news/star-wars-andor
Prev Post
Next Post