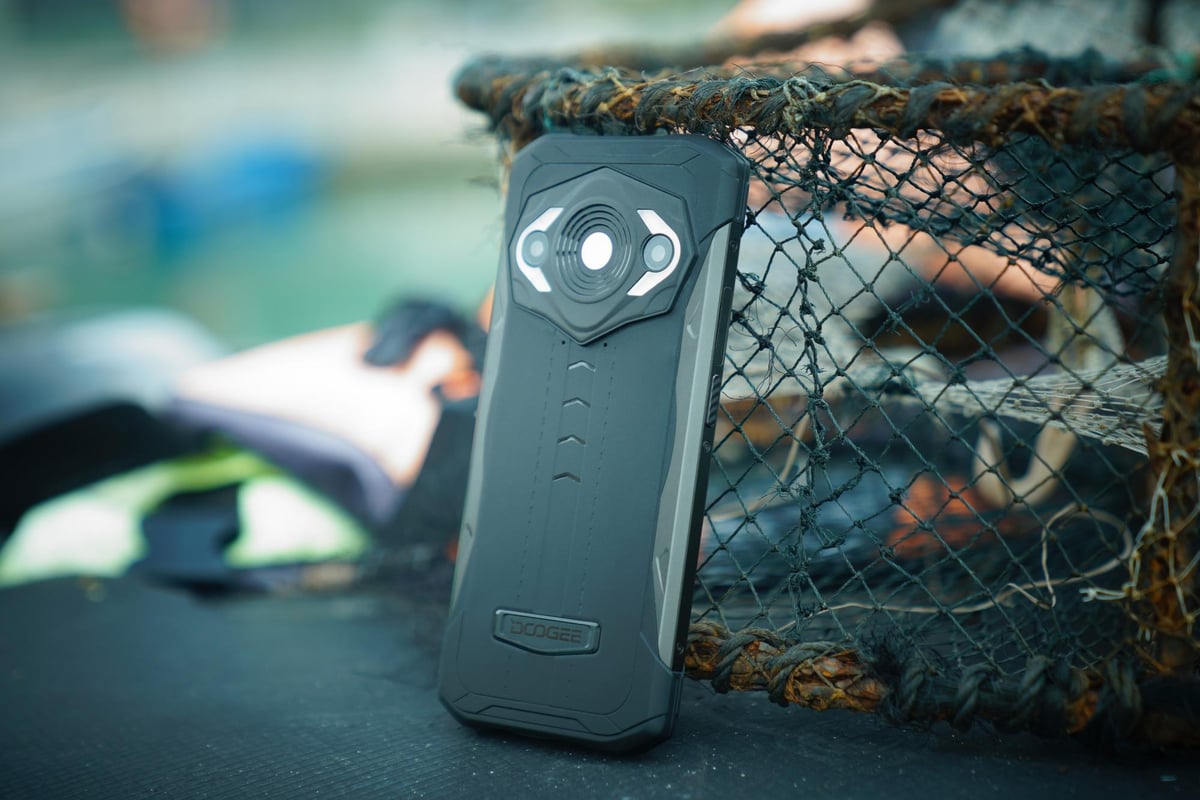 Well, it's an amusing (hopefully) way of introducing Doogee's new rugged S98 Pro phone that's brimming with gadgets that the aforementioned might find interesting. But before I move on to explaining my unusual opening gambit, a bit of history. I first discovered rugged phones with Doogee's sister unit the S90 and, quite frankly, wasn't too sure in the beginning. Having gone through a succession of phones getting slimmer each time, here was a chunky monkey of a device, which felt a tad heavy. After all, it is primarily designed for the workplace where a rugged phone is more practical, likely to be bashed, dropped, trod on, dropped into paint or wet plaster (and even run over by a lorry in the S90 video). You get the picture. But like anything, I persevered and soon got used to the extra dimensions a rugged phone brings with it, and was really impressed by its extra memory, battery life, storage, speed, sturdy build quality and versatility. So much so, I was keen to try out the S98 Pro which has built even further on its sibling's spec. And how. Let's talk about the extra gadgets. Mr Attenborough would certainly be pleased with the phone's 20MP SONY IMX350 night vision camera should he wish to watch, record, or snap (pun intended) a crocodile's night attack on a wildebeest at the water hole. For me, it was upstairs watching a cat cross my street at 11. 15pm and disappearing up my neighbour's drive. And then there's the built-in professional-grade thermal camera which has many practical professional uses, including building inspections (moisture, insulation, roofing, etc. ), firefighting, skin temperature screening, industrial inspections, scientific research, food preparation, and last but not least, seeing where a fugitive from the law is hiding out in the forest. For me, I was able to check how efficiently insulated my roof was, find the coolest spot in the house on a particularly warm day, and, oh, see the heat distribution in my microwaved bowl of soup. The list goes on. Doogee say they made the decision to use an InfiRay sensor because it offers more than twice the thermal resolution of any other thermal sensor on the market. Its high frame rate of 25Hz ensures pictures are detailed to be able to properly detect and diagnose dampness, elevated temperatures, blockages etc. Also, it comes with the Dual Spectrum Fusion algorithm which makes it possible to combine images from both the thermal camera and the main camera into one picture. This camera is flanked on either side by the night vision camera and, wait for it, a 48MP SONY IMX582 primary camera. The front selfie camera is a 16MP Samsung S5K3P9SP, housed in a cutout at the top of the display, so there's no shortage of picture quality whichever way the phone is facing. Inside the phone, a MediaTek Helio G96 processor is the star of the show. It is an octa-core chipset capable of reaching a clocking speed of 2. 05GHz, meaning it is capable of gaming. It is paired with an 8GB RAM and 256GB memory for incredibly fast operation. The storage can also be expanded up to 512GB using a micro SD card. The device has a powerful 6000mAh battery that, for me, lasted several days under normal operation before having to recharge. It comes with a 33W ultrafast type-C charger and wireless charging is available with support for up to 15W. The S98 Pro sports a 6. 3” FHD+ LCD IPS waterdrop display with a Corning Gorilla Glass layer for protection and other features include a custom button, NFC, support for four navigational satellites (BeiDou, GALILEO, GPS, & GLONASS), IP68, IP69K ratings and MIL-STD-810H complaint. The phone runs Android 12 out of the impressively-packaged box with up to three years of security update guarantee from the company. The S98 Pro comes with all the usual apps you would expect, but also a rugged toolbox kit containing compass, gradienter, height meter, magnifier, plumb bob, protractor and a pedometer to name a few. A handy feature is the easy launcher which gives a basic colour-coded dektop when you simply want to take a quick picture, answer the phone, look up a contact, view the calendar without having to navigate the phone's myriad apps when you're at the top of a ladder. Like the S90, the custom button is really handy but is prone to accidentally activating. I was forever being told that my torch was on, so I got round this by disabling the single press for my torch, and changing to a double press in order to activate. Another thing I'm getting used to is the fingerprint sensor, which is to the right hand side edge of the phone (think 4 o'clock position) so get your head around whether to enable your left or right index finger to activate. One surprising omission is that the phone is not 5G compatible. For me 4G is absolutely fine for my purposes but worth noting. Nevertheless, this is an amazing and versatile phone for the price, and its funky alien design has already won a European Good Design Award. The first of many to come I would think. The Doogee S98 Pro is available from Amazon for £459. 99 at time of writing. What's in the box? Doogee S98 Pro phone Charger plug and micro usb-c cable Screen protecter and fitting tools Quick start manual Specifications CPU: Helio G96 GPU: ARM Mali-G57 RAM: 8GB Storage 256GB (expandable up to 512GB with SD card) Screen size: 6. 3" Screen Resolution: 2400x1080 Dimensions (mm): 172x82x15. 5 Weight: 320g Rear camera (MP): 48,20,2,20 Front Camera (MP): 16 Android: 12 Battery: 6000mAh.
Source:
scotsman
URL:
https://www.scotsman.com/lifestyle/tech/tech-talk-doogee-s98-pro-a-rugged-phone-with-oodles-of-memory-battery-power-and-gadgets-galore-3762281
Prev Post
Next Post