'The Little Mermaid' is getting a live-action remake next May. The first teaser trailer shows Halle Bailey as a perfect Ariel. 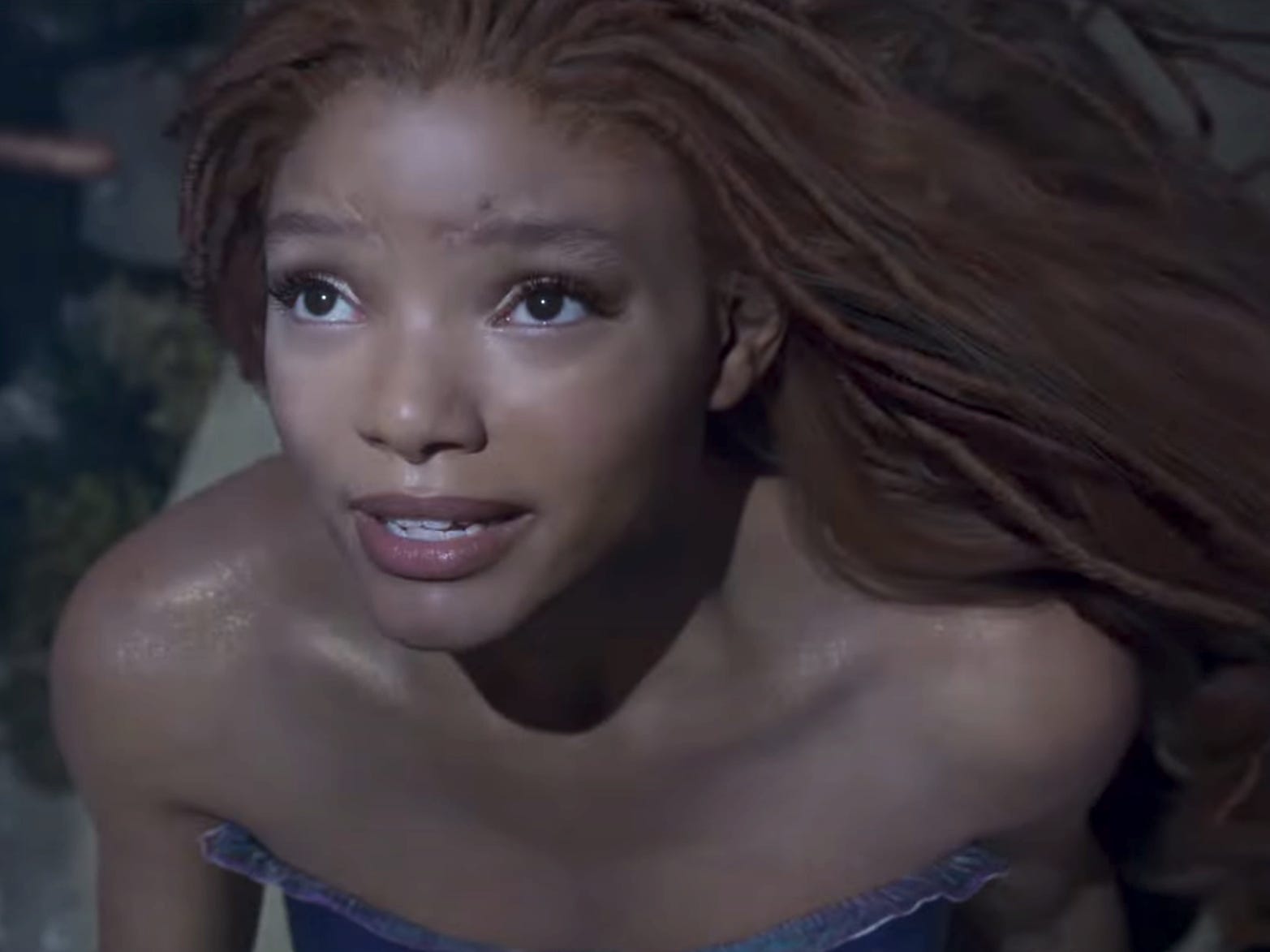 Halle Bailey as Ariel in "The Little Mermaid. "Walt Disney Studios Disney released the first teaser trailer for its remake of "The Little Mermaid" starring Halle Bailey. Director Rob Marshall debuted Bailey performing "Part of Your World" to fans at Disney's D23 Expo. Also starring Melissa McCarthy and Awkwafina, "The Little Mermaid" will be in theaters May 26, 2023. Fans finally have their first real glimpse of Halle Bailey as Ariel in Disney's live-action "The Little Mermaid" remake and she sounds incredible. Director Rob Marshall ("Mary Poppins Returns," "Into the Woods") introduced the first footage and teaser trailer for the remake of the 1989 film which follows Princess Ariel, a mermaid who falls for a human prince, Friday at Disney's D23 Expo convention in Anaheim, California.  "It was very important for us to honor the original beauty of this movie, but also reimagine it and bring some depth and also find a way into this epic, epic piece that was deep and emotional," Marshall told the D23 Expo crowd. While the film is currently in post-production, the D23 crowd, including Insider, screened the entire "Part of Your World" sequence from the upcoming adaptation. Bailey wowed the crowd who cheered her powerful rendition of the iconic song, first sang by Jodi Benson in the original 1989 film.  Walt Disney Studios live-action president Sean Bailey, director Rob Marshall, and Halle Bailey debut "The Little Mermaid" footage at D23 Expo. The Walt Disney Company via Getty ImagesAs someone who grew up watching the original film on repeat, Bailey not only nailed the song, embodying the spirit and sound of Ariel, but showed off her vocal range in a performance that will shut down any naysayers who gave Bailey a tough time for being cast in the iconic role.  This actor has an incredible voice. "Getting this film, working with Rob, is such a dream come true for me," Bailey, who watched the "Part of Your World" sequence for the first time at D23, told fans after seeing the footage. "I'm sure so many of you in here can relate to Ariel and how special she is to all of us. "Rob Marshall and Halle Bailey on stage presenting "The Little Mermaid" remake at D23 Expo. The Walt Disney Company via Getty Images"Being a little girl, swimming in the pool, imagining I was a mermaid. I never thought one day I could actually see that come to life," Bailey added. "I'm just honored. I'm super, super grateful to be here in front of you all. "Bailey told the crowd she filmed the "Part of Your World" scene for three days straight. "That sequence, I think was the most beautiful experience of my life, really," she said. "Feeling all the feelings that she feels, her passion, her discomfort, everything that she was experiencing, it was so exciting for me to play those emotions. ""Just getting to sing a song I loved ever since I was a child was really exciting," Bailey added. Rob Marshall and Halle Bailey at D23 Expo for "The Little Mermaid. "Jesse Grant/Getty Images for DisneyDuring the D23 Expo panel, it was revealed that the film will feature four new songs from Alan Menken, who worked on the original film, and Lin-Manuel Miranda. Marshall teased that one of the films will open up the movie in a completely different way. Melissa McCarthy stars as the film's iconic villain, Ursula. Of her performance, Marshall teased, "it's like nothing you've ever seen her do ever before. You won't believe what you're gonna see. "Also starring Javier Bardem as King Triton, Daveed Diggs as the voice of Sebastian, Jacob Tremblay as the voice of Flounder; Awkwafina as the voice of Scuttle; and Jonah Hauer-King as Prince Eric, "The Little Mermaid" will be in theaters May 26, 2023. You can view the cast here. Read the original article on Insider.
Source:
insider
URL:
https://www.insider.com/the-little-mermaid-teaser-trailer-2022-9
Prev Post
Next Post