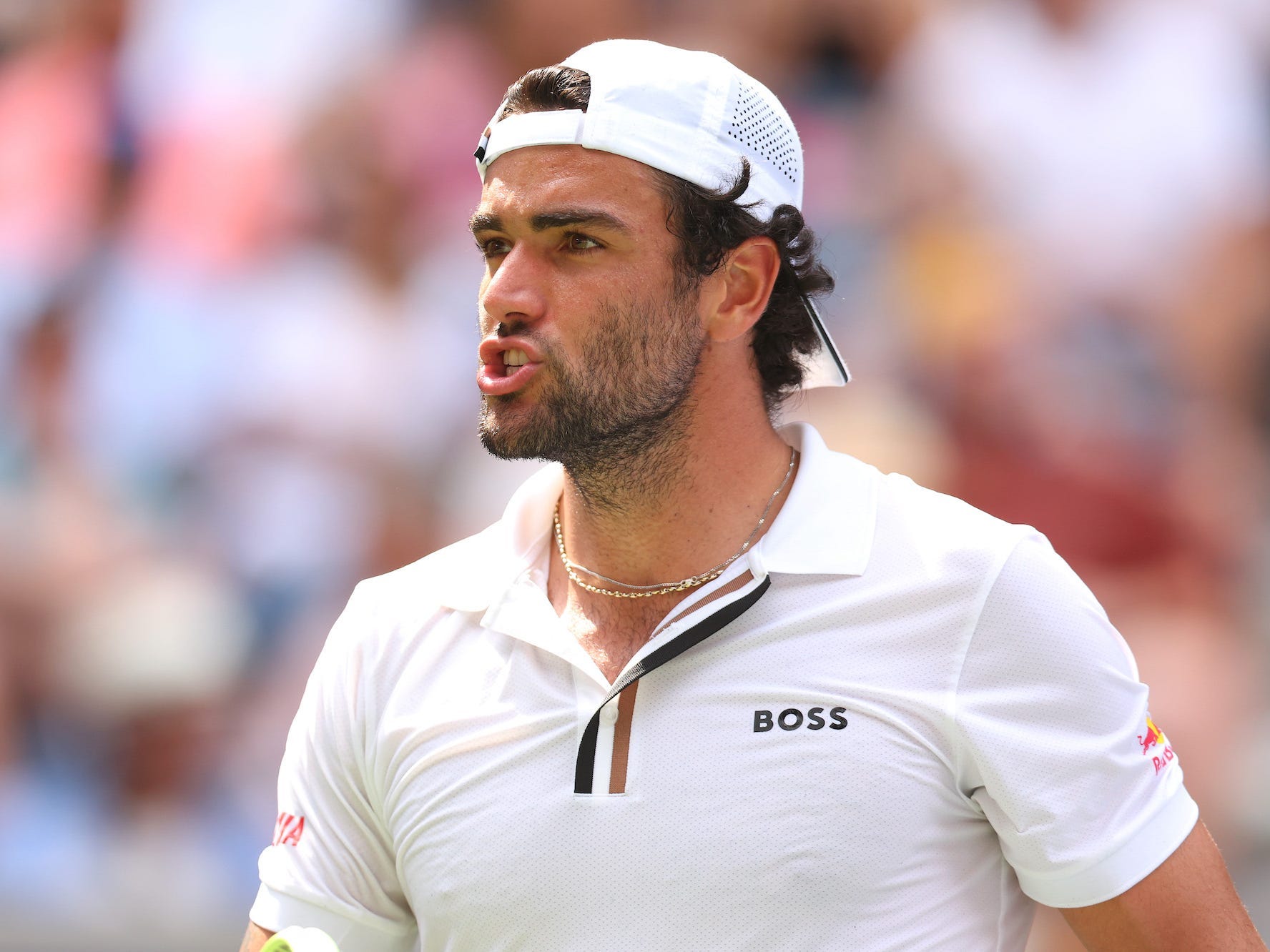 Nick Kyrgios. Getty/Elsa Tennis players are complaining about the raucous crowds at the US Open. "It's just, like, noisy," said Nick Kyrgios. "I can't even hear my team. " Italy's Matteo Berrettini complained that crowds were moving around too much during matches. The US Open is renowned for its raucous atmosphere — and while some tennis players love it, others do not. The American starlet Coco Gauff described the noisiness at the Arthur Ashe Stadium during her fourth-round win on Sunday as "surreal. " But many others of her contemporaries, from Matteo Berrettini to Nick Kyrgios, think otherwise. "It's just, like, noisy," said Kyrgios after his second round win over last month, during which he claimed that a spectator was smoking marijuana in the stands. "Point in, point out, I can't barely hear. Half the time I can't even hear my team because it's so noisy all the time. "Montenegro's Danka Kovinić, who was knocked out in the first round by Serena Williams, has also complained about the noise. "It was so loud," Kovinić said after the defeat. "Everyone was telling me that this is maybe the loudest court in tennis. It was really loud in some moments. "While the noise has been the main issue for some players, for others, it has been the crowd moving around the stadium during matches. Matteo Berrettini is among those to have complained at the noisy crowds at the US Open. Getty/Mike Stobe"We play for four hours and half of them [the time] we're waiting for the people to sit down," the men's 13th seed Matteo Berrettini said after he beat Great Britain's Andy Murray in the third round last week. "It was a distraction," he added. "You're ready to serve, [but] you have to wait 20, 25 seconds more because people are sitting down. "I get it because it's a really big stadium, it's not easy. Obviously people, they paid [for] tickets. They want to sit in their seats. But I think we should play without waiting. If we're waiting for everybody for every time, we're going to miss so much time. "Gauff: 'I just feed off' the noiseCoco Gauff at the 2022 French Open. AP Photo/Christophe EnaGauff beat China's Zhang Shuai 7-5, 7-5 in the last-16 on Sunday, booking her place in the quarterfinals, where she faces France's Caroline Garcia on Tuesday. Speaking after her victory over Zhang, the 18-year-old American compared the atmosphere at the Arthur Ashe Stadium to that of an NBA game. "It's way different [to a normal tennis crowd]," she said. "On the 6-5 changeover, people were saying 'Let's go, Coco' — I was literally trying not to smile. ""I was, like, 'I've got to stay in the zone. ' Inside I was trying my hardest not to smile. ""That's a special thing about tennis," she said. "When you go to a football game or an NBA game, people are chanting the team's name. That's great as a player. ""For you to have the whole crowd chanting your name specifically is something I won't take for granted. "Asked if she felt the loud crowd was distracting, she said no, but added that she can understand why some would think so. "I think it depends on the player — for me though, I just feed off of it," she said. "I think it helps me more. I mean, for some players, they prefer a more chill, relaxed environment. ""For me, if anyone has seen me play, I like to get pumped up. The New York crowd seems to like it too. "Read the original article on Insider.
Source:
insider
URL:
https://www.insider.com/us-open-players-complaining-about-raucous-crowds-new-york-2022-9
Prev Post
Next Post