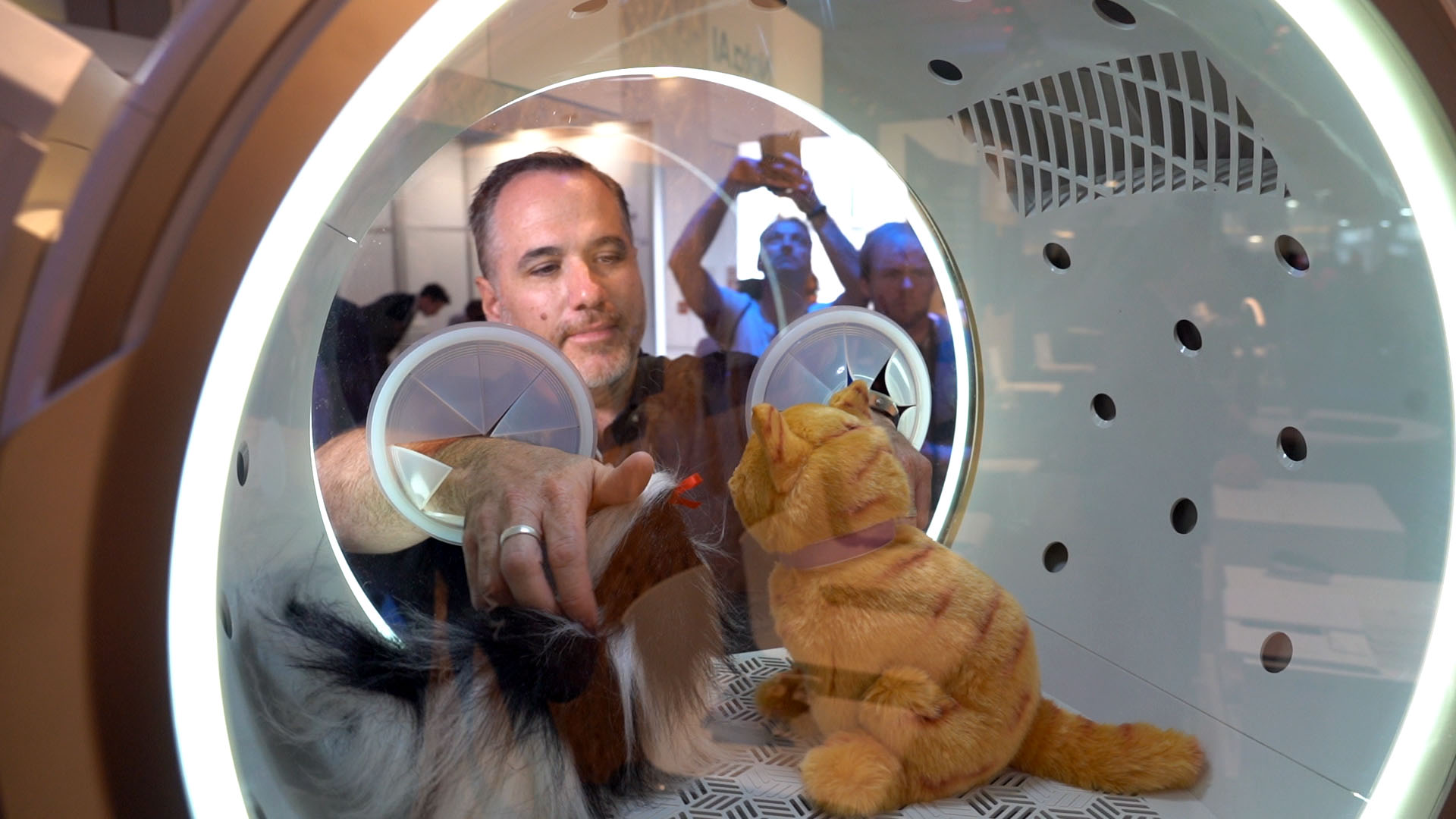 When almost 2000 companies turn up to exhibit at Europe's biggest trade show, you'd expect to see the very latest in innovation and technology, but you almost always end up seeing some fascinating and sometimes strange products too. Here are four standout things that I never expected to see at IFA Berlin 2022. READ MORE: Every cook's dream – an oven that cleans itself﻿Shoe careThere's a vast array of laundry appliances on the market, from the many types of washers to the choices in clothes drying technology. In recent years I've been converted to the electric wardrobe idea from Samsung and LG, Samsung call it the AirDresser, LG the Styler. These appliances can steam sanitise your clothes and dry them too. Made for the wardrobe but just as home in the laundry, they are expensive but very cool. LG has announced the LG Styler ShoeCare, which is a small device that can fit a few pairs of shoes to clean and sanitise them, removing odours and prolonging their life. Most importantly, it removes that foot odour from the day's work or run. Now this isn't for everyone, but there's a particular niche here for the shoe lover and collector, because not only can LG help take care of your shoes, it can also display them with the LG Styler ShoeCase. This case has a rotating base for the shoes to spin on display as well as lights inside. They can be stacked four high for all your shoes, too. READ MORE: AI won an art contest, and artists are furious﻿Samsung would say imitation is the greatest form of flattery, with their ShoeDresser product already available in some parts of the world. No matter what the case actually is, this is another new appliance for your home. Personal purifierI'll be completely honest, I don't see this one taking off. But I don't suffer from allergies so perhaps the purpose of the Respiray is lost on me. This personal purifier sits around your neck, purifying and filtering air that then blows up in front of your face, creating breathable air for the wearer. Designed for indoor use, it's probably not going to help those suffering from pollen allergies. Pet dryerHave the pets just had a bath? Or been out in the rain? No need to towel them off, just escort them into the Petmiglia – this "bubble" circulates warm air to dry your furry friend off. If you're worried about them in there, you can change the cover to have holes for your hands so you can pat your pet while they dry. READ MORE: Could this tiny projector replace your living room TV?﻿A strange concept, but one that has sold in the thousands in Korea and now hopes to find a market on the world stage. I'm not sure it will take off with its $2000 price tag. And I tried 3D-printed steakLook, I'm the pickiest eater on the planet, and I don't try new things – at all. But when "3D Printed Steak" was on the side of a food truck, it was my job to check it out. The "meat" is 3D-printed on what I was told is a "giant machine" in Israel, not a little 3D printer in the food truck. READ MORE: Twitter finally testing feature users demanded for years﻿Sitting "raw" it looks convincing, then they make it sizzle on a hot plate, giving it a crisp, dark colour. Sliced up, placed on mashed potato and lathered in a teriyaki sauce it wasn't too bad to look at. The texture was steak-like, as was the taste. But there was something in my head that just said "no, no, no". And I couldn't fathom any more. But, it's possible: steak can be 3D printed. Trevor Long travelled to IFA Berlin with assistance from Samsung Australia. .
Source:
9news_au
URL:
https://www.9news.com.au/technology/ifa-berlin-weird-wacky-gadgets-shoe-care-pet-dryer-air-purifier-3d-printed-steak/f53520a5-a0db-43c7-a00b-44fb001138b3
Prev Post
Next Post