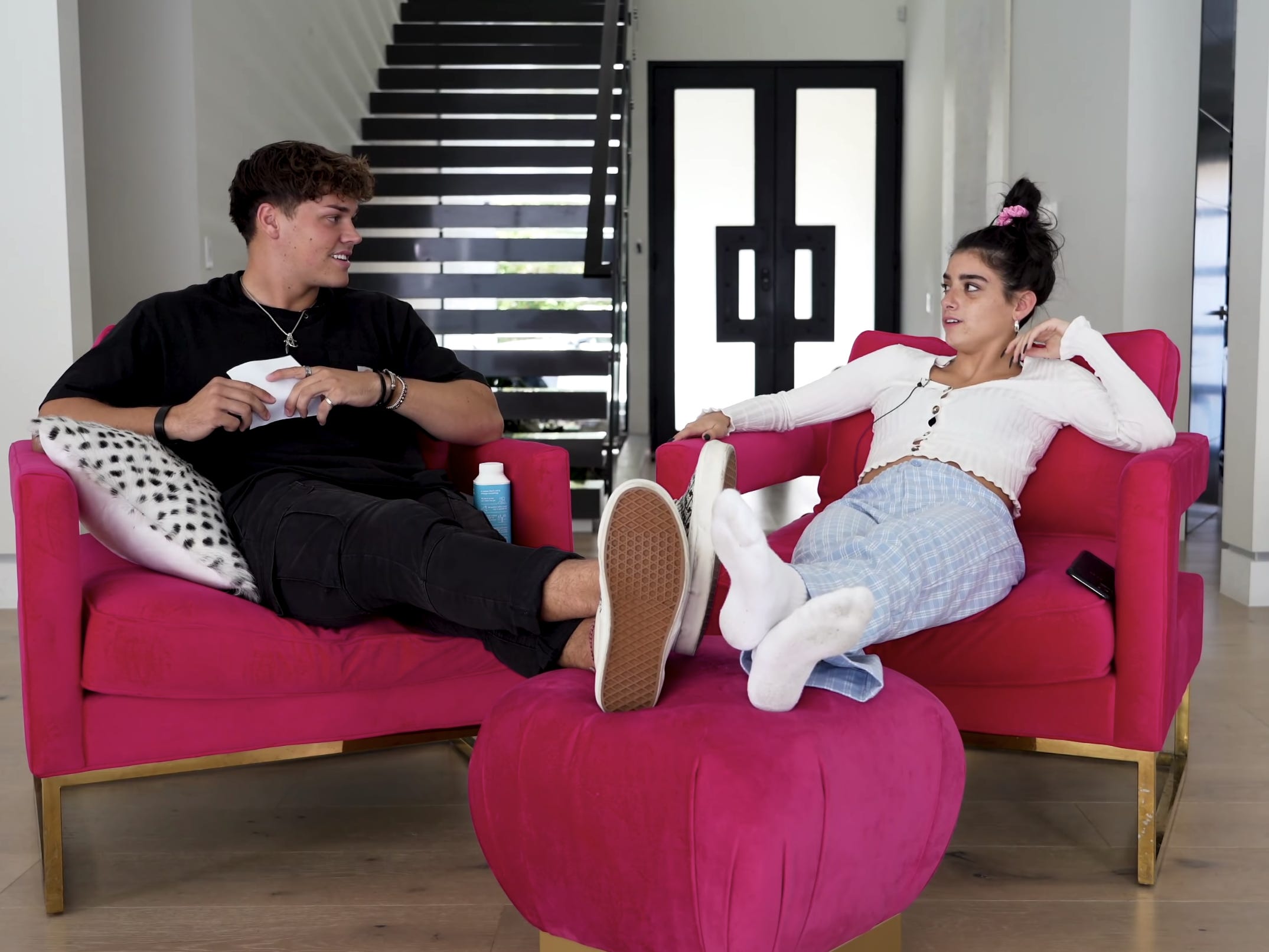 Noah Beck shares a screenshot of the Notes app with a statement on why he missed Dixie D'Amelio's 21st birthday party in Las Vegas. Dixie D'Amelio/YouTube Noah Beck explained why he wasn't at Dixie D'Amelio's 21st birthday celebration in Las Vegas. In a lengthy statement posted to Twitter on August 11, Beck says work kept him from attending. The TikTok stars have previously discussed the choice to keep their relationship offline. Noah Beck shut down rumors that he and longtime girlfriend Dixie D'Amelio broke up after he failed to show up to her Las Vegas birthday celebration last week.  D'Amelio celebrated her 21st birthday with her 18-year-old sister and fellow TikTok star Charli D'Amelio; her sister's boyfriend, Landon Barker; and other guests, including her parents. But Beck, her boyfriend of nearly two years, wasn't in attendance. A post shared by dixie (@dixiedamelio) His absence prompted some to speculate that the pair had broken up. But on Thursday, Beck shared a screenshot of a statement written in the Notes app claiming work was to blame. "Work has held me back from attending the fun in Vegas," it read. "A lot of the work that is done behind the scenes, the stuff that makes all this other stuff possible. "In the days leading up to D'Amelio's birthday, Beck appeared to be attending the Major League Soccer All-Star game in Minneapolis. In the same Notes App tweet, Beck also seemingly hit out at followers for attacking D'Amelio. "You guys (Noah's nation/Becksters/or just anyone who supports me) know how much you mean to me, but have to stop being rude to the people I love. . . ""I can't sit back anymore while it goes on," he continued. "We are normal people, too, and we see everything. "—Noah Beck (@noahbeck) August 11, 2022"As consumers of our content," he says near the end, "please stop assuming the worst between us. We are both very hard-working and we understand that with being or striving for success, comes a lot of sacrifice. However, it's the communication between us, that you guys don't see, that keeps the bond strong. "Later that day, a few hours before D'Amelio's birthday, Beck tweeted once more to his one million Twitter followers: "It's almost her day… make her feel the love she deserves. "—Noah Beck (@noahbeck) August 12, 2022The social media personalities have previously spoken about deciding to keep their relationship private and offline.  "We kind of just enjoy time together rather than like seeming like we do it for our fans, in a sense," Beck told E! News at New York Fashion Week in February. "We're doing it for each other and that's what it's all about. "In May, D'Amelio echoed Beck, saying, "we have decided to fully take our relationship off the internet, and whether we're together or not," D'Amelio said in an appearance on the BFFs podcast. "We don't post together, we don't like comment on each other's posts, just because it's so… The more you do it, the more it brings people in like, 'oh my gosh, they didn't like each other's post today, they're broken up,' and it's just so draining. "Read the original article on Insider.
Source:
insider
URL:
https://www.insider.com/tiktoker-noah-beck-explains-missing-girlfriend-dixie-damelios-birthday-2022-8
Prev Post
Next Post