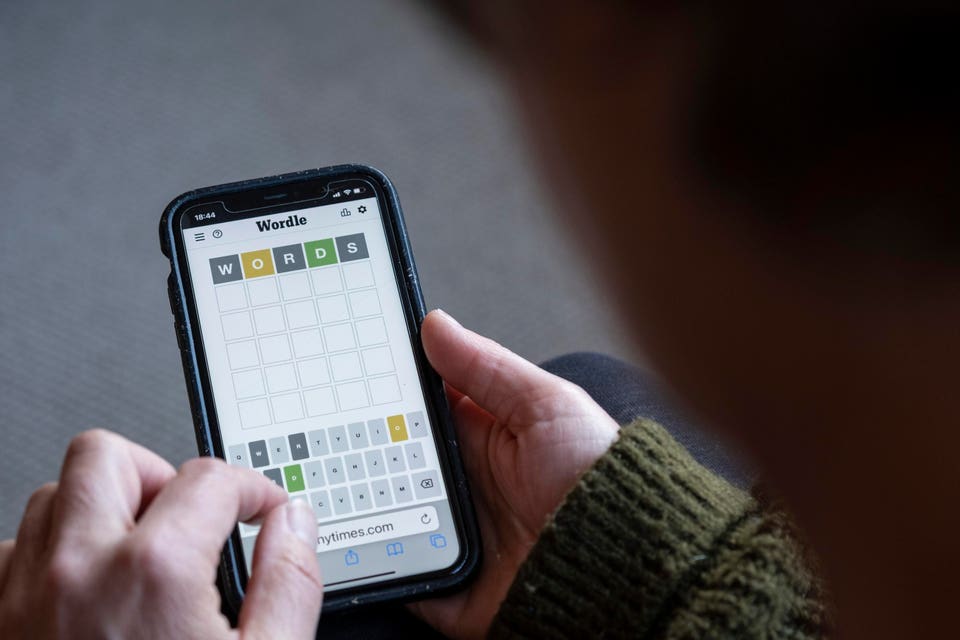 Games Today’s Wordle Word Of The Day #447 Hint, Answer And Clues — Friday September 9th Erik Kain Senior Contributor Opinions expressed by Forbes Contributors are their own. I write about video games, entertainment and culture. Following New! Follow this author to stay notified about their latest stories. Got it! Sep 9, 2022, 12:10am EDT | New! Click on the conversation bubble to join the conversation Got it! Share to Facebook Share to Twitter Share to Linkedin Here's today's Wordle. In Pictures via Getty Images TGIF! Again! The weeks keep sailing past. Faster and faster, it seems, the older we get. There’s definitely a trade-off with aging. You do, absolutely, get smarter and wiser (well, most of us do anyway). But you also get hurt more easily. Just sleeping too heavily can mean waking up with an aching back. I’ve pulled my back picking up a sock off the ground. Sore neck, achy knees, various strange and belligerent maladies, and I’m not even that old! (A year and a day older than Prince William, as it happens. I learned that researching my recent article on Queen Elizabeth II who passed away Thursday at the ripe old age of 96. Imagine the aches and pains that woman must have dealt with! I doubt I’ll make it to 90. I’ll be happy with 80—though I’m over the proverbial hill if that’s my expiration date. On that note, thank god we can’t see the future. I’d hate to know when I actually die. As much as the uncertainty of death can weigh on me from time to time, the weight of precognition would be much heavier to bear. I do know what the Wordle is, however, having gotten it on my fifth guess today. Let’s take a look, shall we? MORE FROM FORBES Queen Elizabeth II Reigned For 70 Years: Here Are The Top 10 Longest-Reigning Kings And Queens Of The UK By Erik Kain Today’s Wordle #447 Answer, Hint & Clue The Warning: Yep, it’s a spoiler warning alright! MORE FOR YOU ‘Demon Slayer’ Season 2 Finally Has An Actual 2021 Release Date Netflix’s ‘Squid Game’ Season 2 Not A Sure Thing, Says Director ‘Genshin Impact’ Still Refuses To Increase Anniversary Rewards, Despite Fan Outcry The Hint: The binding of ideas under one higher concept. The Clue : There’s a double vowel in this word. The Answer: Today's Wordle Credit: Erik Kain I started today’s guesses with queen for obvious reasons. It was pretty good even if Wordle Bot wagged its metallic finger at me with a pithy “decent. ” I did get the total number of guesses down to 73, which ain’t half bad if you ask me. Feels wasn’t Wordle Bot’s “favorite guess” even though I narrowed things down to just 12 at this point. Admittedly, the bot’s suggestion of metre would have gotten me there more quickly, but who actually spells meter like that? Bleh. More finger-wagging for piety and the suggestion, again, of metre which is getting spell-checked as I type, by the way. My next guess, eject was “pretty good” but there would have been better. DO YOU NEVER STOP CRITICIZING ME WORDLE BOT? Sheesh! Whatever, my next guess— theme— was the right one. BOOYAH! Suck on that, you stupid robot! The only other option at this point was there so this was somewhat lucky with a 50/50 shot. Still, five guesses deep and I’m the king of the world! The champion! No time for losers! Peace out, all y’all, and have a lovely Friday! Follow me on Twitter . Check out my website . Erik Kain Editorial Standards Print Reprints & Permissions.
Source:
forbes
URL:
https://www.forbes.com/sites/erikkain/2022/09/09/nyts-wordle-word-of-the-day-answer-hint-clues-447-friday-september-9th-guide/
Prev Post
Next Post