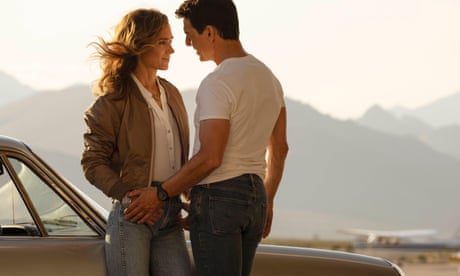 T he stratospheric performance of Tom Cruise’s Top Gun: Maverick this summer ignited hopes that a box-office recovery might finally be in full swing after the pandemic shuttered cinemas. However, a subsequent blockbuster drought has left beleaguered theatre owners praying that the Christmas release of mega-sequels to Avatar and Black Panther will pull them back from the brink. The world’s second-largest cinema chain, UK-based Cineworld, last week filed for bankruptcy protection in the US after succumbing to almost $9bn (£7. 75bn) in debt and lease liabilities. The company, which will continue to operate its 751 sites in 10 countries, blamed the pandemic and the slow trickle of new releases for its faltering admissions. The London-listed company joins Vue, the UK’s third-biggest chain, in being forced to go through a major restructure, with equity holders in both wiped out. The standout successes of films such as the latest James Bond, Spider-Man and Top Gun releases have proved false dawns in sparking a sustainable recovery in filmgoing. Pandemic-induced production delays, jittery Hollywood studios continuing to postpone blockbuster release dates, and a wider lack of mid-budget fare – from rom-coms and buddy movies to dramas – will push back the timeline on a full recovery for cinema owners until possibly 2024, according to analysts. The dearth of new releases has turned the typical summer list of box office hits on its head. Last week, Spider-Man: No Way Home topped the US box office – eight months after its global release. In the UK, the live performance of Dutch violinist Andre Rieu’s Maastricht summer concert beat Hollywood films including Idris Elba’s Beast and Brad Pitt’s Bullet Train to the top spot late last month. So far this year the UK and Ireland box office has hit £690m in ticket sales, still almost 30% below the same period in pre-pandemic 2019. While blockbuster films continue to pull in the crowds, the streaming revolution may have permanently reduced the number of mid-budget films – valuable commercial “fillers” for theatres between blockbusters – that make their way to the big screen. “Sure, audiences are yearning to return for huge spectacles, but it remains to be seen if original dramas and comedies have any place in theatres going forward,” says Jeff Bock, analyst at US firm Exhibitor Relations. “Have those genres now been subjugated to streaming for the most part?” Faced with mostly empty cinemas until the next wave of releases late this year, the UK industry declared Saturday 3 September to be National Cinema Day, slashing prices to mid-1990s levels, at £3 a ticket. The budget pricing, during school holidays, unsurprisingly proved a success, resulting in 1. 46 million admissions, about three times the number for a typical pre-pandemic Saturday. It was the highest day of admissions since 1997, when a similar £1 ticket event drew 1. 36m. Sign up to Film Weekly Free newsletter Take a front seat at the cinema with our weekly email filled with all the latest news and all the movie action that matters Privacy Notice: Newsletters may contain info about charities, online ads, and content funded by outside parties. For more information see our Privacy Policy . We use Google reCaptcha to protect our website and the Google Privacy Policy and Terms of Service apply. Cineworld files for Chapter 11 bankruptcy protection in US Read more Nevertheless, demographic trends in cinemagoing have not – as yet –returned to pre-pandemic norms. Over-55s remain reluctant, and family trips have not bounced back, possibly because of streaming services’ wide range of kid-friendly content and lower cost of watching. This year is expected to end with a box office bang, with releases including Avatar 2 , Black Panther: Wakanda Forever and Dwayne Johnson as DC Comics antihero Black Adam . But with many major films continuing to be pushed back to 2023 – from the Aquaman and Shazam sequels to Creed III and Mission: Impossible 7 – next summer is looking like the true litmus test of the cinema recovery. “We’ll see how far the industry has come, or not, when the supply chain actually catches up to the perceived demand,” says Bock. “The grey zone – that’s where we’re at right now. ”.
Source:
theguardian
URL:
https://www.theguardian.com/film/2022/sep/11/uk-cinema-chains-face-long-wait-for-cinemagoers-to-fall-back-in-love
Prev Post
Next Post