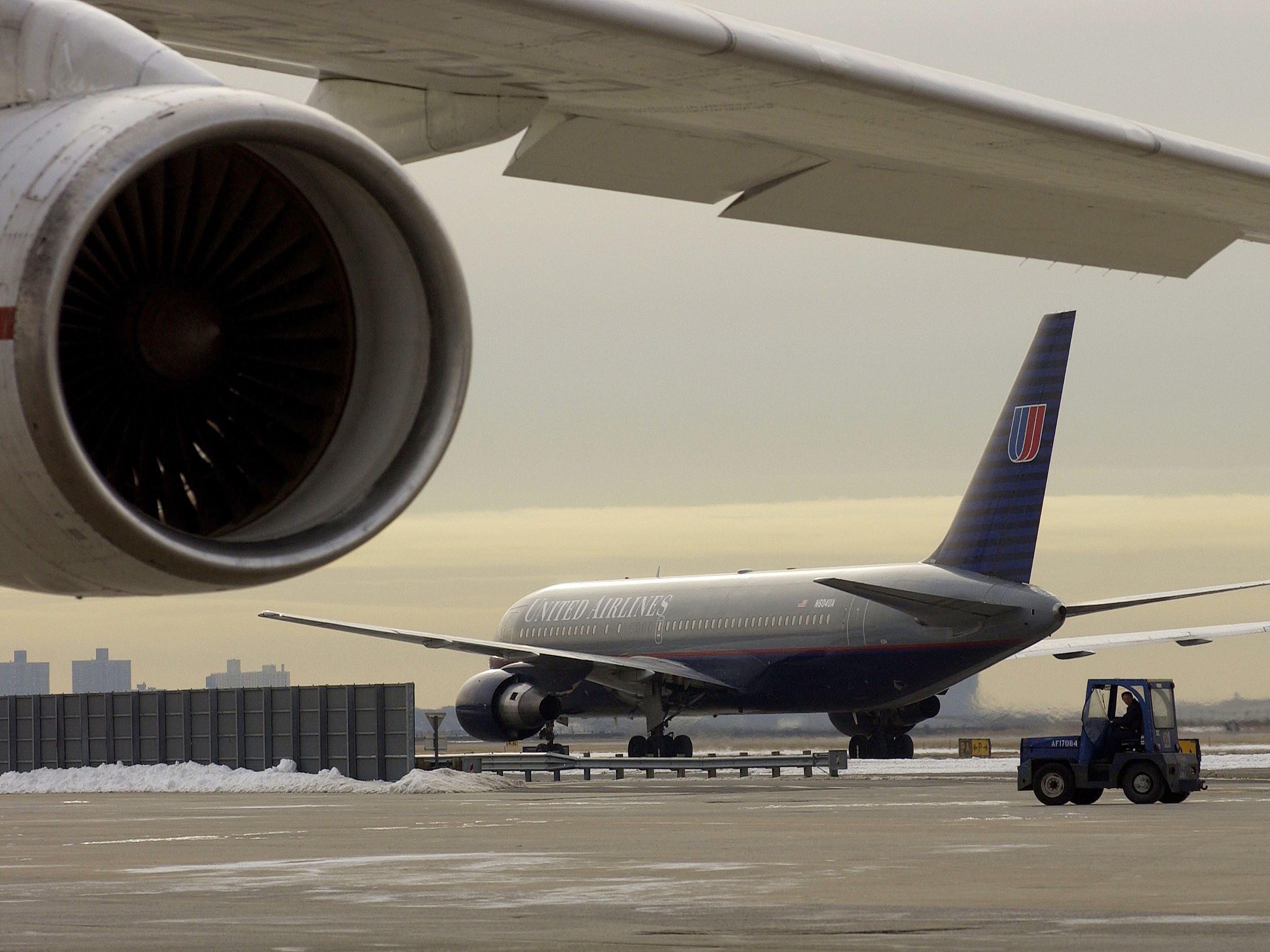 United Airlines said it would halt operations at JFK Airport if it doesn't get more flights. It had leased many of its slots to Delta Air Lines when leaving JFK in 2015, but returned in 2021. Now, it runs four daily flights involving JFK and is asking authorities to allow it more slots. Sign up for our newsletter to receive our top stories based on your reading preferences — delivered daily to your inbox. Loading Something is loading. Email address By clicking ‘Sign up’, you agree to receive marketing emails from Insider as well as other partner offers and accept our Terms of Service and Privacy Policy . United Airlines said on Tuesday that it would drop its flying service at New York City's John F. Kennedy Airport if authorities don't grant the air carrier more slots to take off and land, per multiple media reports. Its warning comes after United left JFK in 2015 to run flights at its hub in Newark, New Jersey, but later decided to return in 2021. It now runs far fewer daily takeoffs and landings because it had leased the rights for some of the slots to Delta Air Lines on its way out from JFK. "If we are not able to get additional allocations for multiple seasons, we will need to suspend service at JFK, effective at the end of October," said an email sent by the airline to its employees on Tuesday, per Reuters. The email stated that United has been urging the Federal Aviation Administration to allow it more runway slots "so that we can grow to be more competitive," the outlet reported. Without that boost, United said it could not serve JFK "effectively compared to the larger schedules and more attractive flight times flown by our competitors," citing Jetblue Airways and American Airlines as examples, per Reuters. The FAA uses flight slots to limit air traffic in major hubs toprevent and reduce congestion. United currently runs two daily flights between Los Angeles and JFK and another two daily flights between JFK and San Francisco. The airline wrote in its memo that ceasing these services would "obviously be a tough and frustrating step to take and one that we have worked really hard to prevent," according to Bloomberg. United said in the email that JFK's total flight capacity hasn't changed since 2008, even though the airport has since widened its runways and built multi-entrance taxiways, the outlet reported. In 2015, the air carrier leased at least 24 permanent flight slots at JFK to Delta when it shifted most of its operations from the airport to its hub in Newark, where it contributes to the vast majority of air traffic. United had also attempted to obtain 24 takeoff and landing rights from Delta at the Newark airport, but federal authorities blocked the trade out of concern that it would allow the air carrier to establish a monopoly on flights there. Last year, United returned to JFK, with CEO Scott Kirby calling the 2015 decision to leave the New York airport a "mistake. " However, since many of its takeoff and landing rights at JFK are leased to Delta, the air carrier has no access to these slots, United said in its email, per Bloomberg. Delta and United did not immediately respond to Insider's requests for comment after business hours. The FAA told Bloomberg in a statement that new flights added at JFK would be distributed "fairly" among various airlines. "The agency must consider airspace capacity and runway capacity to assess how changes would affect flights at nearby airports," the statement read, according to the outlet. The FAA did not immediately respond to Insider's request for comment after business hours. .
Source:
businessinsider_us
URL:
https://www.businessinsider.com/united-threatens-suspend-new-york-jfk-airport-unless-more-flights-2022-9
Prev Post
Next Post