What films are out this week: From Crimes Of The Future to The Score 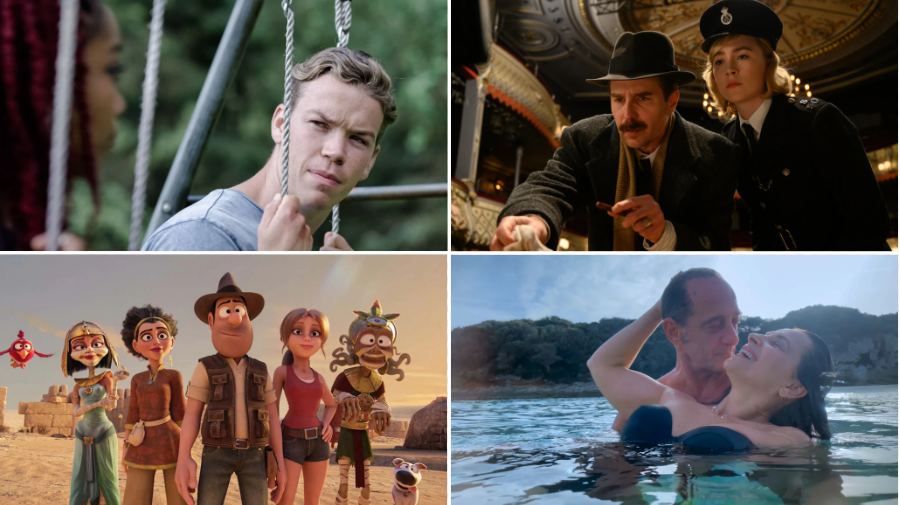 It’s a great week for cinema (Picture: Landmark Media / Alamy Stock Photo / Parisa Taghizadeh) Whether you’re craving some animated adventure or a comedy whodunnit, there’s a bunch of films hitting cinemas this week. From Crimes Of The Future to Tad The Lost Explorer and the much-anticipated British crime romp The Score, you’ve got a lot to pick from. So what are you waiting for? Grab a free evening, some popcorn and a cinema ticket. You don’t even need a friend… Crimes Of The Future ‘Surgery is the new sex,’ says Kristen Stewart’s government employee in David Cronenberg’s kinky new movie. In a world where pain has been almost eradicated and vital organs are evolving, Saul Tenser (Viggo Mortensen) is an underground performance artist: he’s the canvas and crowds gather to watch live operations. Stewart, as the fangirl, is hilarious, while Léa Seydoux is typically elegant as Saul’s assistant. It’s bursting with ideas (Picture: Nikos Nikolopoulos) Not everyone will jive with the film’s downbeat mood but it’s bursting with ideas. Cronenberg fans will be thrilled. The rest? Baffled, titillated, appalled. Out today in cinemas The Score A unique British crime film (Picture: Alamy Stock Photo) In this unique British crime film, two low-level thugs (played by Johnny Flynn and Will Poulter) head to a café to wait for a deal to go down. They trade insults while violence stews like the coffee on the stove. You know the, ahem, score. But then they burst out into song – soft-sounding folksy tunes, written by Flynn. Written and directed by Malachi Smyth, who built the story around Flynn’s back catalogue, it doesn’t entirely fly but it’s sweet-natured and charming, especially as Poulter’s newbie falls for the café waitress (Naomi Ackie). And the final act, with double and triple crosses galore, is a real showstopper. JM Out today in cinemas and on selected digital platforms See How They Run A comedy whodunnit (Picture: Parisa Taghizadeh) Sam Rockwell and Saoirse Ronan head up a transatlantic all-star ensemble (Adrien Brody, David Oyelowo, Ruth Wilson and Reece Shearsmith) in Tom George’s comedy whodunnit, which is set around Agatha Christie’s long-running play, The Mousetrap. Out today in cinemas Pinocchio We’re not lying (Picture: Disney) One of the biggest cherries on the top of Disney Plus Day, this live-action remake heads straight to streaming. Tom Hanks is Geppetto, Cynthia Erivo is the Blue Fairy and Joseph Gordon-Levitt voices Jiminy Cricket in Robert Zemeckis’s faithful retelling of the 1940 classic. Out on Disney Plus. Tad The Lost Explorer And The Curse Of The Mummy Late but here (Picture: Paramount Pictures) Belatedly released just after the summer holidays, this animated threequel sees the return of bungling adventurer Tad, a kind of Spanish (but English-dubbed) mash-up of Homer Simpson and Indiana Jones. Out today in cinemas More: SceneA new role and a new look for Poldark's Aidan Turner in The SuspectWhat to watch on TV this week: From State of Happiness to RedemptionThe Rehearsal review: 'I was left with a pit of anxiety in my stomach' Both Sides of the Blade Old flames (Picture: Lindon Film) Juliette Binoche stars in this drama about an old flame who threatens to destabilise an apparently happy marriage. With a score by Stuart Staples of Tindersticks, it won director Claire Denis a Silver Bear at Berlin. Out today in cinemas and on Curzon Home Cinema Got a story? If you’ve got a celebrity story, video or pictures get in touch with the Metro. co. uk entertainment team by emailing us [email protected] co. uk, calling 020 3615 2145 or by visiting our Submit Stuff page – we’d love to hear from you. MORE : Ads could be coming to Netflix as early as November MORE : Dated and Related: How does Netflix’s ‘most awkward’ series work?.
Source:
metro
URL:
https://metro.co.uk/2022/09/09/what-films-are-out-this-week-from-crimes-of-the-future-to-the-score-17307680/
Prev Post
Next Post